Gbolagade Akinpelu: What You Need To Know About The Veteran Actor. 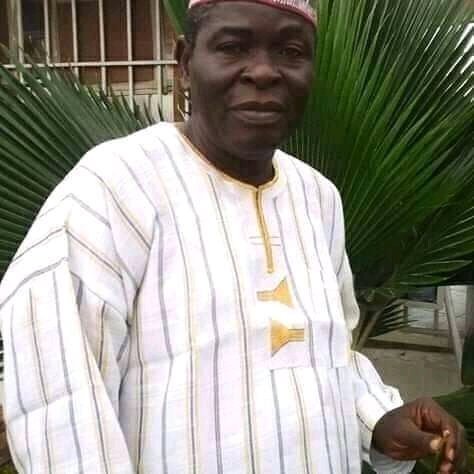 Gbolagade Akinpelu popularly known as Ogun Majek was born over Sixty years ago in Ibadan, Oyo state Nigeria. He rose to prominence in the Yoruba movie industry in the 80's when he starred in movies like 'Ogbori Elemosho' , produced by Eda onile ola, 'To oluwa Nile' which was produced by Kareem Adepoju who is popularly know by his nom-de-plume name as Baba Wande.

He was also known for his verbal use of indigenous words and proverbs in movies he starred of which he was given the name 'Okunrin Ogbon(A man of wisdom)'. He was a master in the art of interpreting roles. 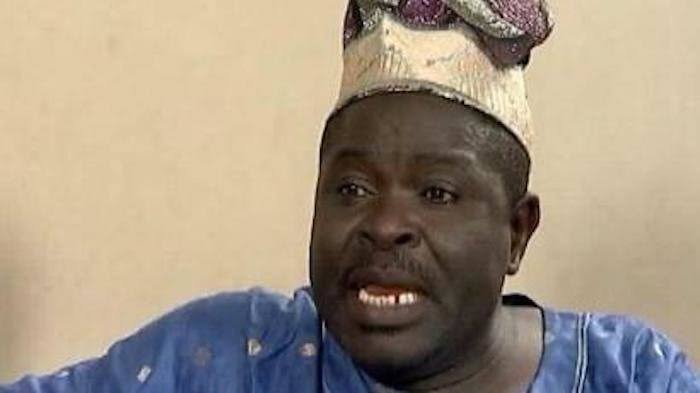 He has been off the movie Industry since last year because he was really battling from an unknown illness of which Billionaire philanthropist, Femi Otedola, helped to foot his hospital bills. 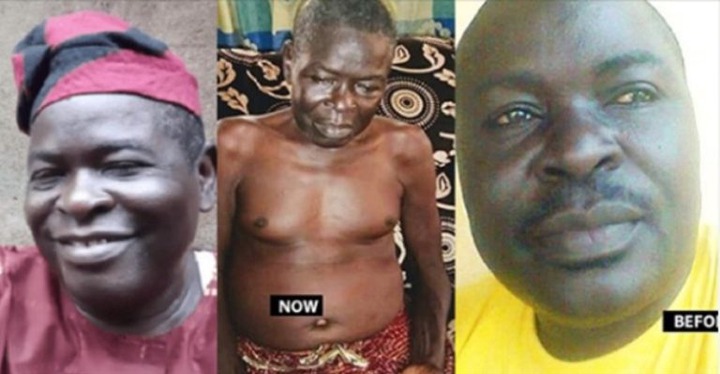 Here are some tweet that shows how people were shocked with his death: 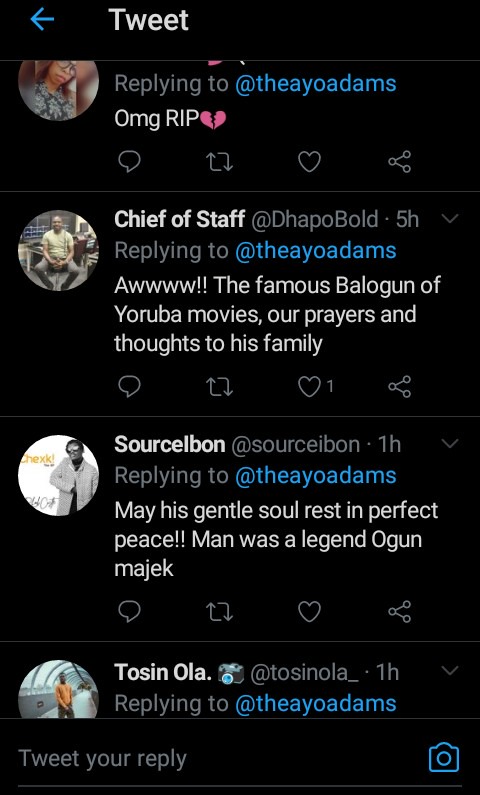 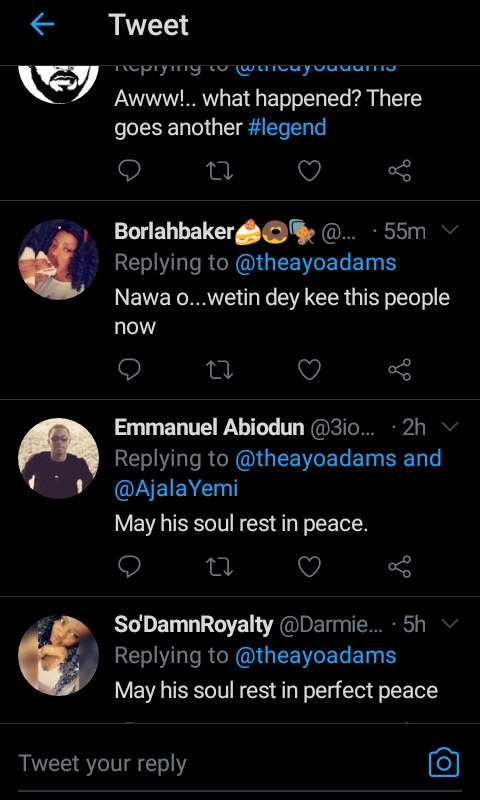