See Villains from Marvel movies who are beautiful in real life

By Peacefeelssmart (self meida writer) | 11 days

There have been a lot of nice-looking villains in the Marvel Cinematic Universe. To put it another way, being evil seems to look very good on even the most heinous antagonists — and those are just the ones whose faces we can see in the movies.

By removing the masks and makeup of some of the Marvel's ugly and dare-devil looking villains, it's obvious that the costume department had to work extra hard to hide much of the eye candy on show for these cast members.

Here are some of the Marvel movie villains who, once all the dark disguises are removed, are actually very beautiful. 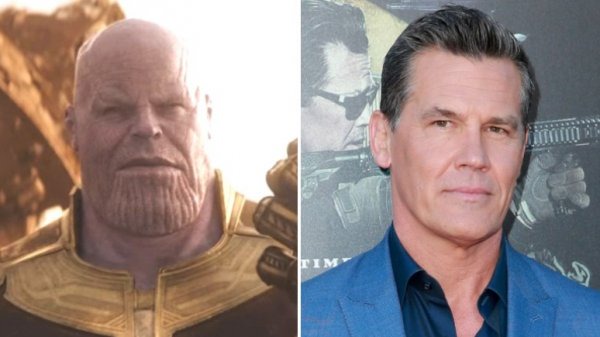 Josh Brolin had to wear a motion capture suit when acting out his scenes as the Mad Titan for Avengers: Infinity War, and the character's violet visage was put in by the visual effects team during and after development. While some aspects of the actor's appearance, such as the shape of his eyes, nose, and mouth, made it to the big screen, he does not share Thanos' colossal size, hairless head, purple skin or staggering stature in real life.

Brolin, who had a completely different look for his other Marvel movie role as Cable in Deadpool 2, has typically attractive features and has even appeared as the leading man in romantic films due to his attractiveness. 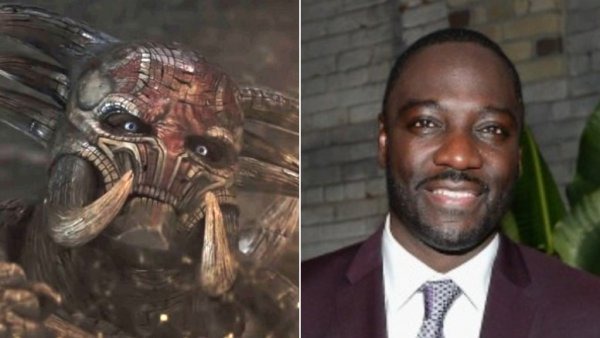 In Thor: The Dark World, the actor was difficult to see under both of the costumes he wore in the movie. At the behest of his dark elf boss Malekith, he donned a bleached wig and white eyebrows while wearing light blue contact lenses, and when he turned into the monster Kurse, his face was totally hidden under a hulking spiky bodice and bony headpiece.

While the actor has a serious swoon, admirable and adorable factor in real life, Thor 2 isn't the first comic-based film to completely obscure him; in his role as the Killer Croc in the DC Universe's Suicide Squad, he was similarly obscured by the scaly costuming and makeup. 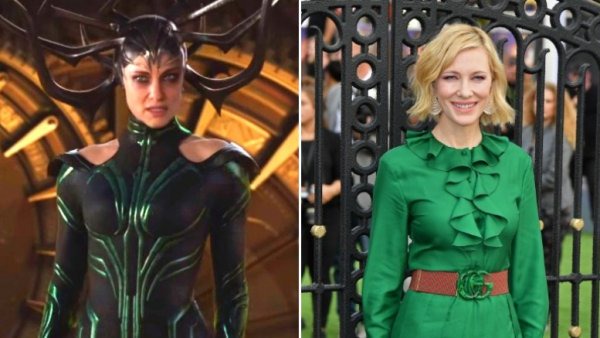 As bad as she was in Thor: Ragnarok, there was no denying that the Goddess of Death was rocking the goth look; she even made those massive antlers look good when she strode into Asgard to claim her throne and kill everyone who stood in her way. Hela, on the other hand, has nothing on Cate Blanchett, who played her in the film.

The Oscar winner normally wears a blonde bob and has very fair eyes, which, when combined with her prominent cheekbones, give her a striking appearance. Her beauty has helped her land brand ambassador gigs, despite her detachment from the pursuit of perfection that some of her peers have felt forced into in showbiz.

"I just try to look the best I can at whatever age I am," Cate told The Cut as regards her approach to beauty. "I always find people attractive when they are comfortable with their own skin and not trying to be someone else, but their best selves." 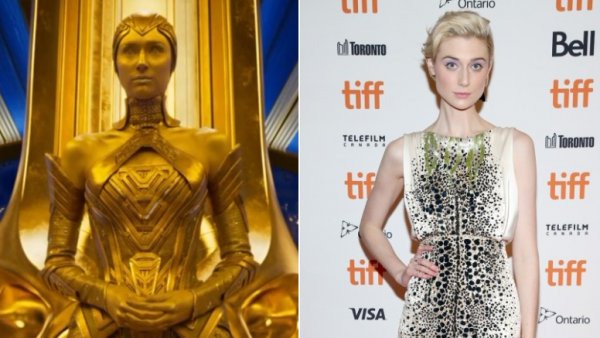 Elizabeth Debicki's transformation into Ayesha the Golden High Priestess of the Sovereign in Guardians of the Galaxy Vol. 2 was no easy task. The actress had to go through an unconventional makeup routine to achieve the appearance of being absolutely made of gold.

She told Comicbook.com, "It was like a car wash. They built a sort of car wash where I sat. There was a lot of paint and a lot of sitting around and drying. It's quite an intimate process."

Despite the fact that she appeared in the film as a living trophy as a result of this extreme transformation, the actress is more like a runway supermodel in real life. Fans have already seen her in more realistic roles in films like The Great Gatsby, The Man from U.N.C.L.E., Everest, and The Cloverfield Paradox, despite her newness to the industry.

Her statuesque silhouette and arrestingly beautiful face captivated viewers during her starring role in TV's The Night Manager, in which she got to wear the same red carpet-ready looks on-screen as she would on a major night out in Hollywood. 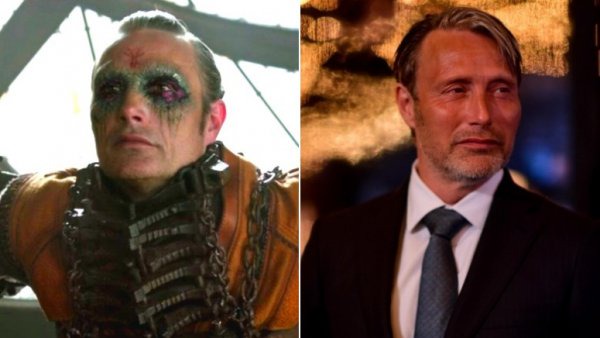 To become Kaecilius for the Marvel Cinematuc Universe, he had to undergo extensive makeup, including a purple and gray raccoon mask to symbolize his devotion to Dormammu and the dark dimension. If that wasn't enough to detract from his naturally rugged good looks, there was also his long, faux-silver ponytail, which gave him a more mature appearance.

Mikkelsen, on the other hand - in reality, is undeniably attractive and has also modeled for many MARC O'POLO modeling campaigns. In other words, while the actor is able to continue dressing up for whatever villainous roles the western world has to offer, he might just as easily pass for a handsome hero. 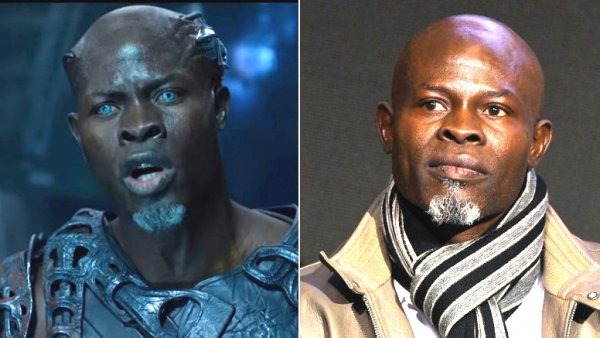 Contact lenses, a prosthetic headpiece, and armoured costumery took most of the attention away from his magazine-ready portrait for his role as Korath the Pursuer in Guardians of the Galaxy, making him look a lot less likable. He's been concealed even when playing a good guy in a comic-based film; for DC's Aquaman, he's been given a reptilian exterior as the Fisherman King, who looks nothing like his real-life self.

Djimon Hounsou is best known for his performances in films such as Amistad, Gladiator, In America, and Blood Diamond, two of which won him Oscar nominations for Best Supporting Actor. However, before becoming a well-known actor, he began his career as an international model after being discovered by the fashion house Thierry Mugler in Paris, France.

12 Built Roads That Will Leave Your Mouth Gasping In Shock

Check Out The Recent Pictures Of Davido That Got People Talking

Checkout these funny pictures and jokes.