By Merchantwrites (self meida writer) | 21 days

In recent times, DJ Cuppy has released some hit songs like Gelato and Abena to mention but a few, but some music fans across the country still do not believe in her ability to deliver hit songs, to this effect, she has taken to her social media page to plead with fans to listen to her latest album with an honest and open mind, according to her, the album is just 29 minutes long 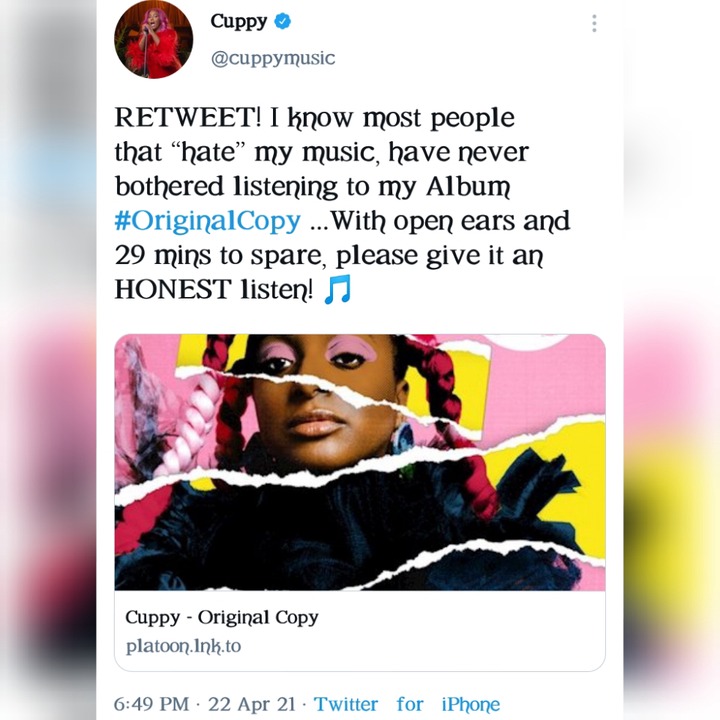 The tweet by Cuppy has been met with mixed reactions from Nigerians, the media space is agog with the reaction of one Chu Chu Ezekwem who tweeted "My family is forever indebted to DJ Cuppy for saving my uncle's life, he was in a coma for six months but when DJ Cuppy's song was played in the hospital's ward, he got up and switched off the TV" as one who would never allow the negative words of her fans to get to her, DJ Cuppy re tweeted the comment and asked him to enjoy few minutes of fame 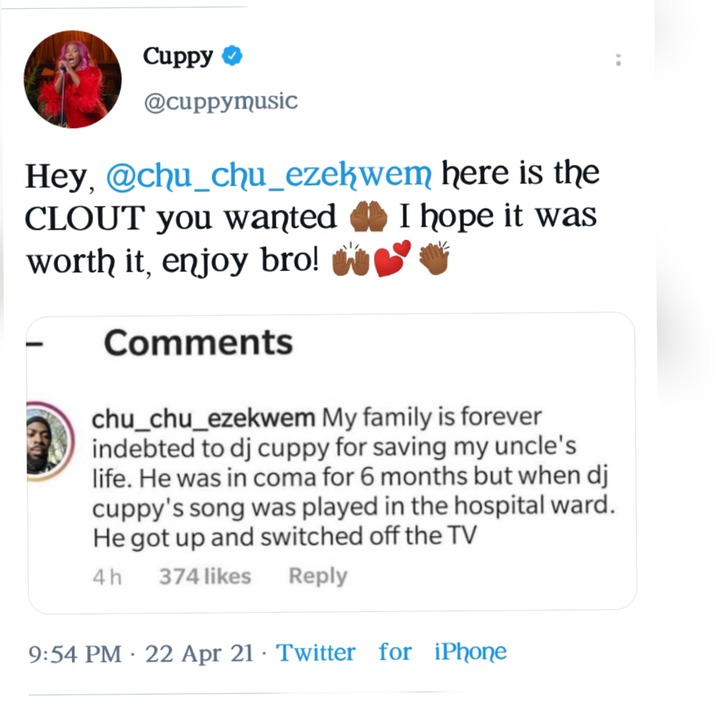 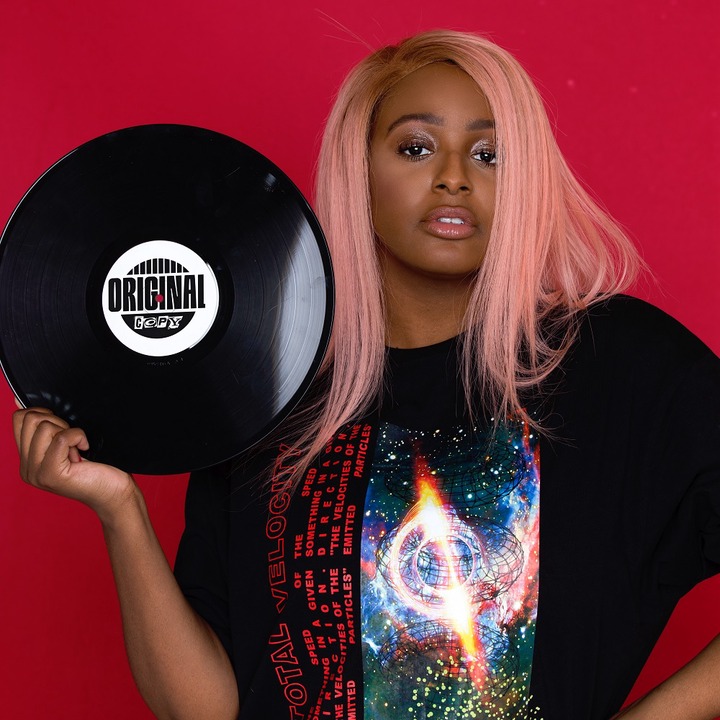 Although, some people blasted Chu Chu for those comments, they believe depression is real, they expected him to cheer Cuppy or rather ignore the post, instead of putting up such an offensive response, see more reactions from Nigerians below

What is your reaction to this update? Do you think Nigerian music fans are being unfair to DJ Cuppy? Or you feel that she does not have a career in music, let us hear your opinion below, also remember to follow this page for more updates, like and share

15 Signs You’re In A Bad Relationship

Beautiful Moments As Rukayya and Presidor Share Beautiful Pictures Together

How FA Cup result could affect the rest of Chelsea's season

6 Signs That Show It's Time to Break Up With Your Friends, No Matter How Difficult It Is

Fashionista, Here Are Stunning Native Attire Styles You Should Try Out For Your Next Outing

Opinion : 5 Nigerians Who Could Become the Next Super Eagles Captain

Cristiano Ronaldo's Mother Drops Major Hint On His Next Club.