Superman vs Thor, the Clash of the gods, Who is the most Powerful Being 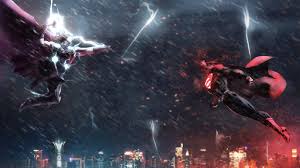 Here we are going to see the strongest beings in the universe going to battle, the Man of Steel vs the god of Thunder.

We all know Superman, he is the last son of Krypton, he escaped and survived the destruction of his home planet, he was named Kal El, his parents died while transporting him from Krypton to Earth, he arrived on Earth as a child and was adopted by the Kent's, Jonathan and Martha Kent, they raised him as their own, he started growing and he discovered he had great powers, not known to humans, he started using them to save lives, and he became Superman.

On the other hand, we all know Thor, he is the son of Odin, the god of Thunder, and one of the strongest Avengers, he is also bestowed with great powers, he can manipulate the weather, control Thunder. 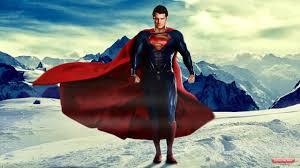 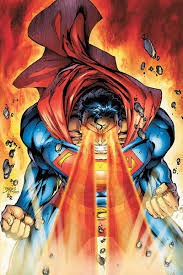 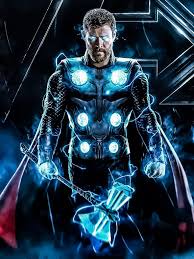 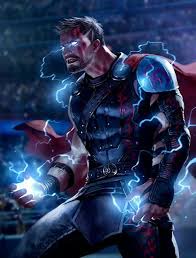 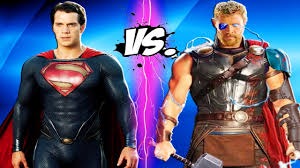 The two most powerful being are going to do battle, the Man of Steel against the god of Thunder, Superman is the strongest being in his universe, he has defeated countless powerful villains, Thor has also defeated powerful villains, even demi gods, when his father died, the Odin force upgraded Thor's power, and made him almost unstoppable. 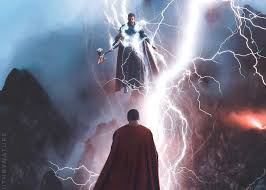 Strength to strength, pounds to pounds, Superman is stronger than Thor, he can defeat Thor in the area of strength, but Thor has a mystical weapon, which is Mjolnir, and remember, one of Superman's greatest weakness is magic, that's the only way Thor could defeat Superman, because throwing Thunder will not solve the problem, Superman skin is almost impenetrable, but outside Thor's little Magic, Superman will put him out of his misery. 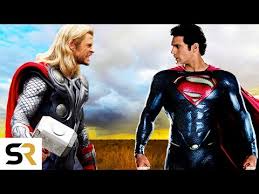