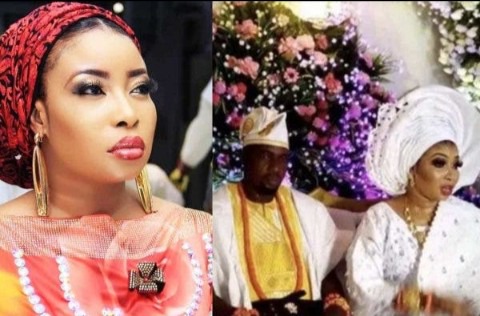 When you find true love, you will go to any extent to ensure you prove to the world that as far as the matters of the heart is concerned, you are in save hands. This aptly describe the kind of love that exists between Nollywood actress, Liz Anjorin and her husband, Adegboyega. The two lovebirds who had a secret marriage recently are ready to stand by each other through thick and thin.

The fair skinned actress made this known today. According to her, her husband is ready to sell his kidney in other to ensure she is well catered for. The two love birds whose relationship dates back to 14 years ago has come a long way. 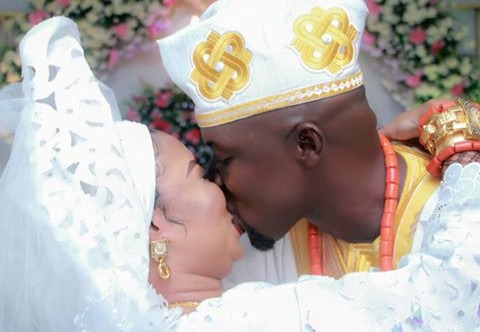 The mother of one also revealed that, her husband gave her money to buy a car sometimes back but she betrayed him and fell for another man who stole the car from her. Despite her unfaithfulness, he wasn't discouraged but continued to pledge his undying love for her. He even went ahead to give her his only car after that and was hopping around Lagos metropolis in public transport. If he wasn't taking buses, he would take a bike. He had a bike accident once and hid it from the lovely 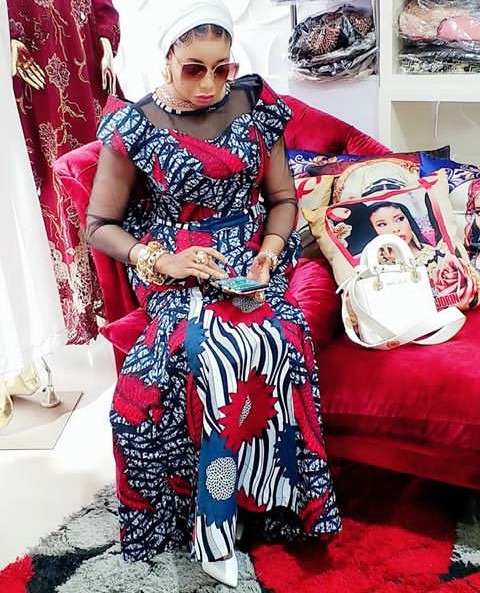 actress because he doesn't want her to feel bad and return his car to him.

He continued saving money until he was able to buy another car for her and even bought an apartment for her too.

It got to a time that things were so tough that the actress wanted to returned back to Ijebu ode in other to start life all over again but Gboyega persisted and prevented her from taking that step. She even thought of taking her own life but it was the same man that prevented her from pursuing such ungodly thoughts.

The beautiful thespian also pledge allegiance to her husband saying, she is ready to repay his kindness and reward him by giving birth to triplet very soon.

The talented role interpreter even went ahead to mention names of people who knew about her relationship with her husband when it started years back. 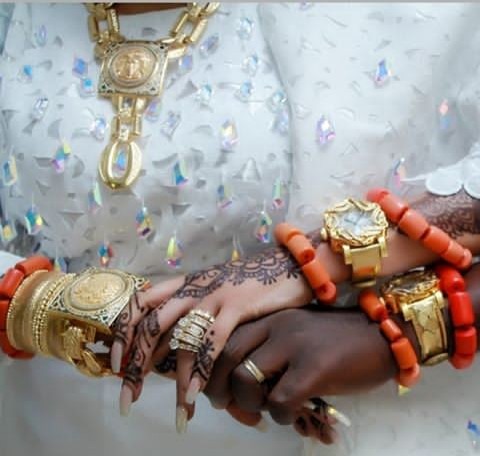 It would be recalled that pictures of Liz Anjorin' s secret marriage surfaced on her social media space recently and people have been sending in their congratulory messages to the fair skinned entrepreneur. The actress has succeeded in keeping her love life secret and many have been wondering who the man rocking her world is.

Finding true love can be a pain in the neck at times as a lot or people are after the material gain they can get in a relationship. We pray the newly wed keep their love glowing and continue to stand by each other through thick and thin.