By PeterOKH (self media writer) | 3 years ago Marlians get in here!

Azeez Fashiola popularly known as Naira Marley is obviously one of the hottest Nigerian musicians in 2019, too many hit records in a single calendar year. However, 2019 is the arguably the most successful year in the lad's music career, he escalated from the relegation zone to the A-list category and he's got one of the biggest fanbase in Nigeria at the moment, the Marlians.

The productivity in the Nigerian music industry this year is on a new level and Naira Marley is one of the frontiers. He has released a total of nine singles and one EP this year alone. Out of these nine singles, i've decided to pick the top four based on performance and acceptance. Let's go there! "Mafo" is number four! The NBG leader collaborated with prolific music producer, Young Jonn to serve this infectious banger. It currently has over 2 million views on Youtube, 3.2 million streams on Audiomack and it is one of the most played songs in Nigerian radio at the moment.

Number 3: Naira Marley - Am I A Yahoo Boy feat. Zlatan 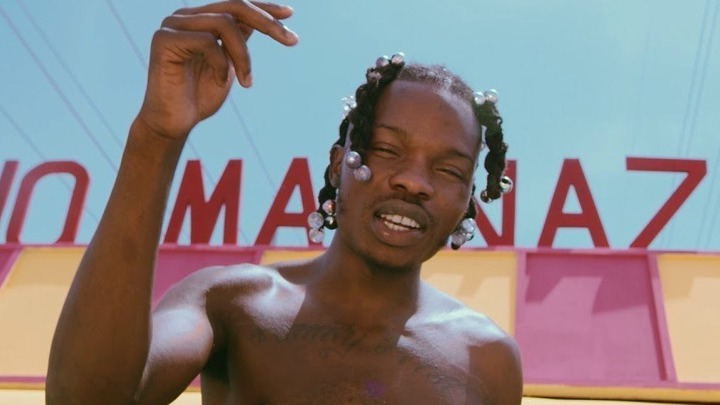 This is the particular record that paved the way for other records to strive. "Am I A Yahoo Boy" gave life to the No Mannaz campaign and Zlatan on the other hand, contributed his own quota to produce the monster joint.

The record sparked a heavy controversy which led to his arrest by the EFCC, but that didn't stop the success of the street anthem. It currently has 6.1 million views on Youtube and it is one of the biggest songs in Nigeria this year. "Opotoyi" claimed the number two spot, it is one of those joints that kept us busy in the club throughout 2019. You know that feeling when the start playing "Opotoyi", you might have no choice than to dance and sing along.

"Opotoyi" is one of the biggest songs in Nigeria this year, the streets can testify. It has garnered 6 million Youtube views thus far. The number one song the Lord of Lamba, Naira Marley released this year is "Soapy" without a single form of doubt. The record sparked controversy and public outrage but the Marlians kept the train moving.

With 6.3 million Youtube views, "Soapy" has the highest numbers in Naira Marley's career so far, it currently has 3.6 million streams on Audiomack too. In conclusion, "Saopy" is not just the biggest song Naira Marley has released but it is also one of the biggest songs in Nigeria this year.

Content created and supplied by: PeterOKH (via Opera News )