Zubby Michael, Obi Cubana & others react as Phyno shares cool photos of himself and his dog

By Sirlloyd (self meida writer) | 8 days

Nigerian talented indigenous rapper, Phyno has decided to trill his fans as he shares cool photos of himself and his dog as fans including celebrities like, Zubby Michael, Poco Lee, Obi Cubana and others react.

The good looking rapper shared the photos of himself and his dog in his car on his Instagram page and captioned it with a hour glass emoji. 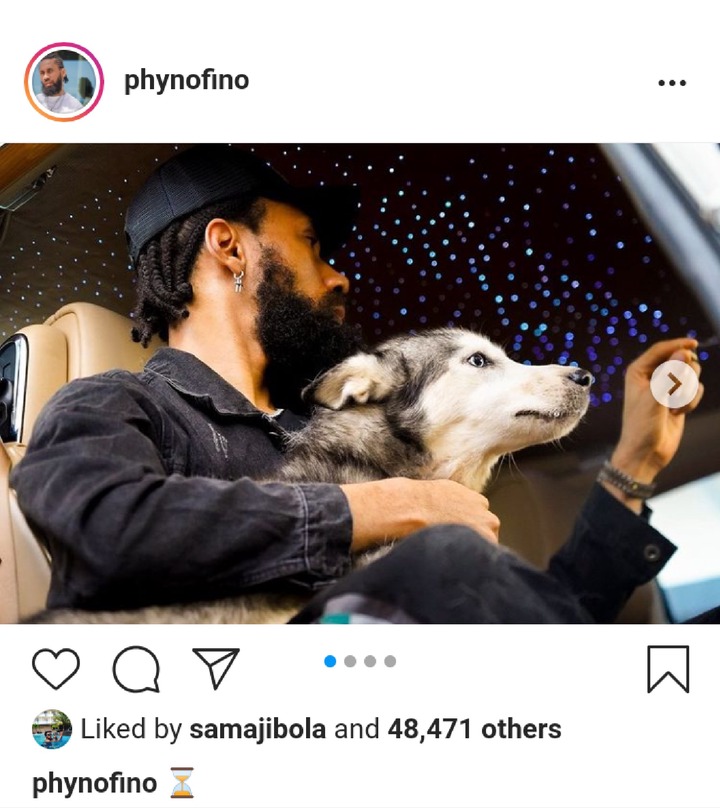 Phyno, 34, whose real name is Chibuzor Nelson Azubuike, shared the cool photos of himself and the dog to carry his die hard fans along. The gifted rapper apparently in mood to show of his huge dog as shared the photos which reveals him relaxing in his car with the dog. Phyno is one indigenous rapper who is loved by his fans hence his posting of the dog for them to see. From the photos, it's obvious he cherish the dog alot as he is seen holding the dog with care. The photos have caught the attention of his fans as they have reacted including his celebrity friends, as Zubby Michael said, "Ezege Big" while Poco Lee reacted by saying, "Wickedest" and Obi Cubana said, "Eze Ezege" with hand emojis.

The Anambra State born rapper started his music career as a record producer before deciding to become a rapper who raps mainly in igbo language. His debut studio album " No Guts No Glory" was very successful as it catapulted him to stardom. He is presently one of the best indigenous rappers in the country as his rapping skills has earned him The Headies Awards for Song of the year. He also won the Headies Award for best Collabo. He did again when he won the City People Entertainment Award for Rap Artiste of the year.

The prolific rapper has also featured in movies such as Lion heart and Hex.

The new photos of himself and his dog has delighted his fans who love everything about him. 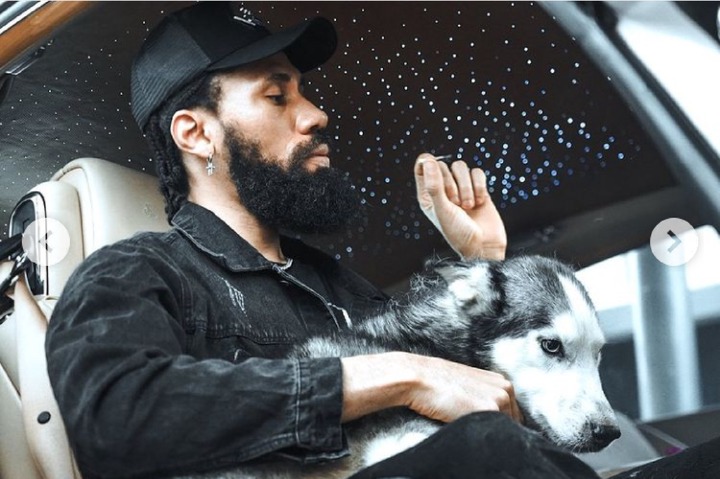 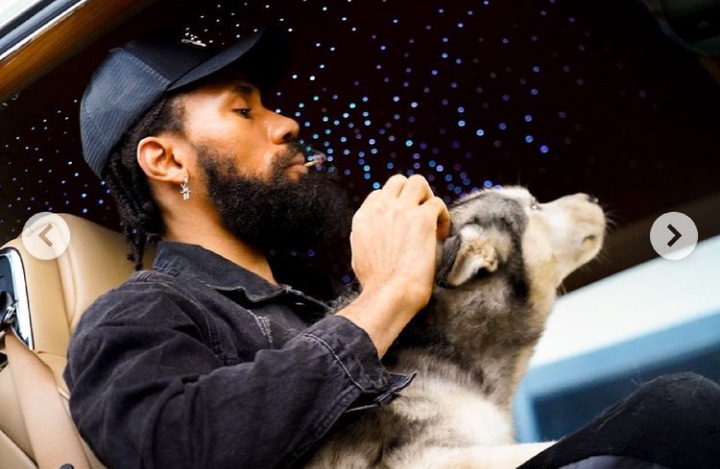 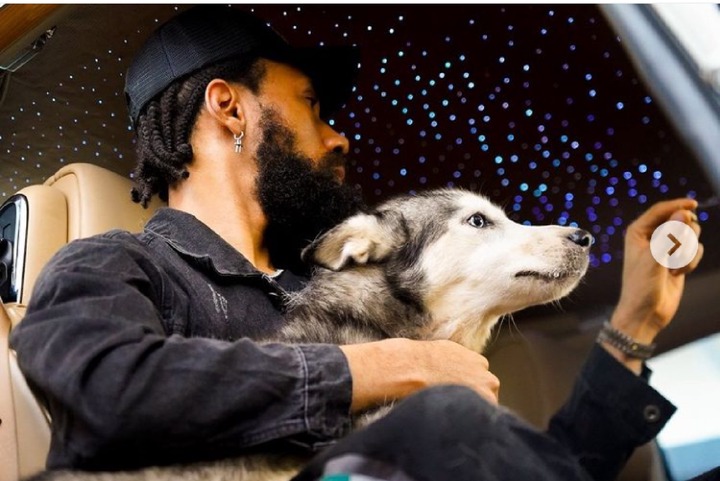 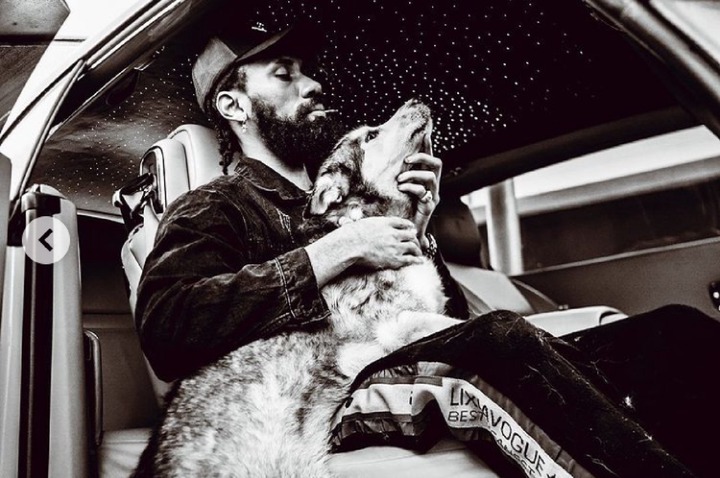 As soon as he shared the photos, his die hard fans including his celebrity friends reacted in their thousands. 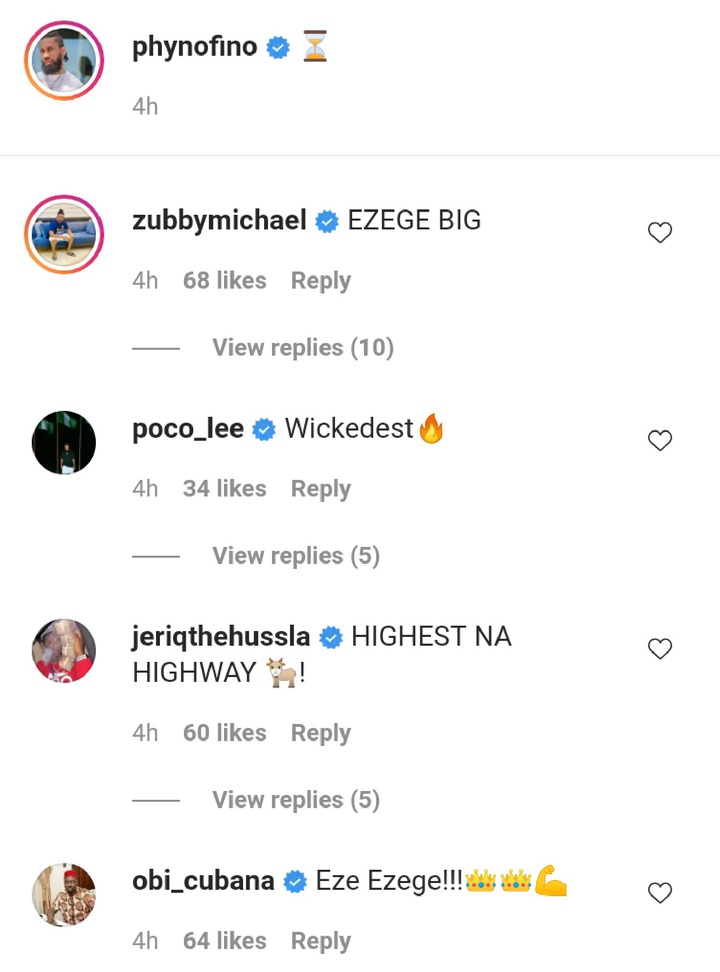 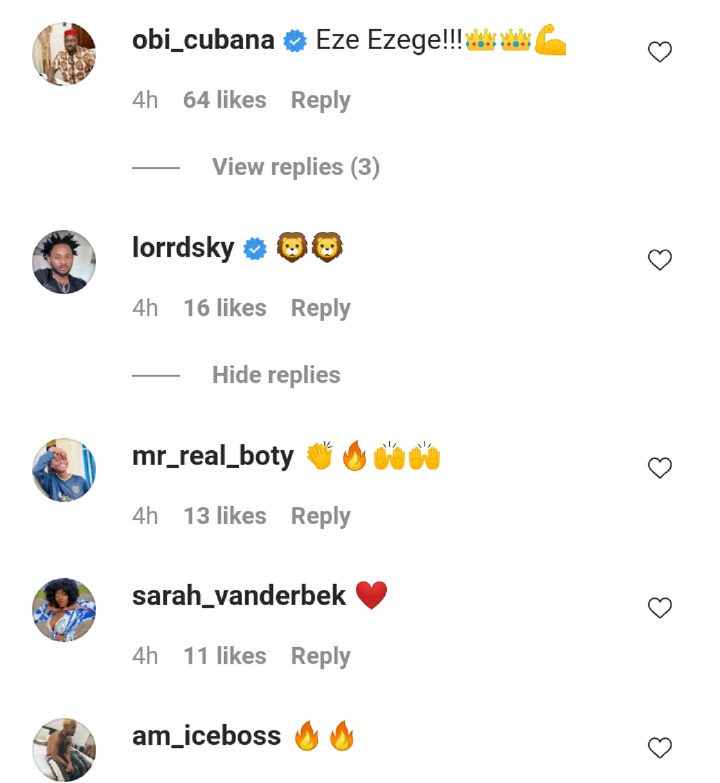 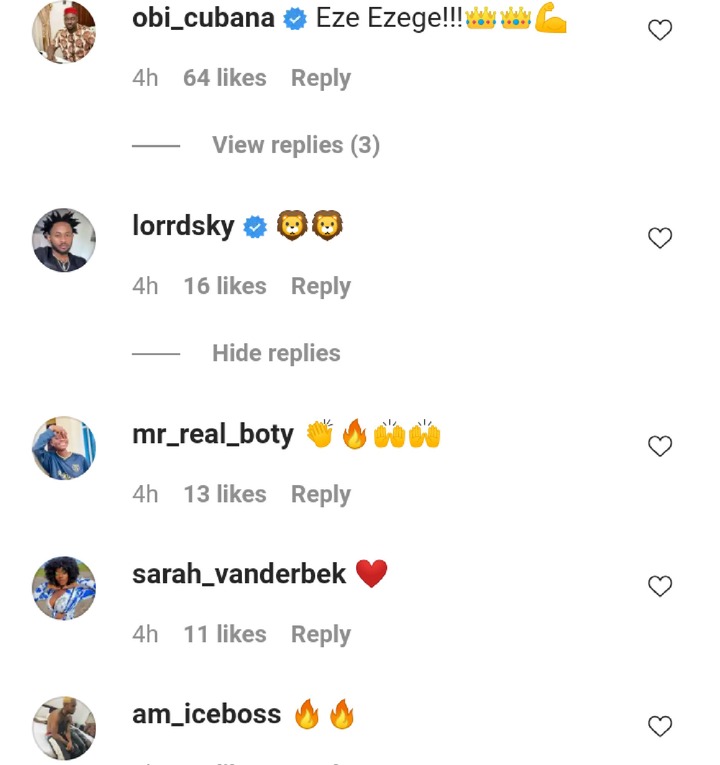 Opinion: Here Is Why George Floyd's Killer Derek Chauvin May Get Another Trial After His Conviction

Video: Watch How Fans In Ghana Took To The Streets To Celebrate Chelsea's Victory To The Final