Fiction: The day I confess my heart to Fiona. 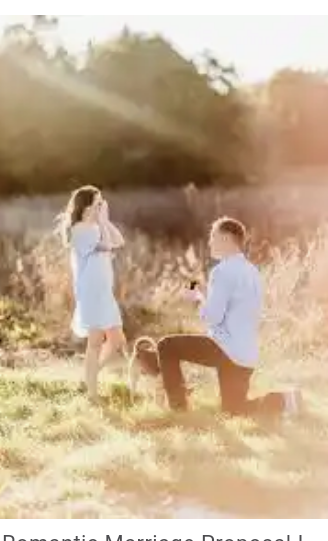 My name is Michael. I am the last child of family of three with two boys and a girl. I lived with my pareant in Osogbo, a town in Osun State. I attended a missionary secondary school in the same town. When I was in JSS 2, a lady joined us, her name is Fiona.

She is so beautiful like an angel, pointed nose, round face and medium bust as at the time. The day she entered our class, I was dumbfounded with the beauty I was seeing in front of me and I was called to reality by the class teacher who called the class captain that I happened to be.

Days after Fiona joined us I discovered it wouldn't be her beauty alone that will be disturbing me but her smartness and brilliance too. She is so brilliant that I know I have to read as twice as I used to if I don't want to be relegated as the most brilliant student in the class. Despite all my reading we started rotating position first position this term and second position the next but I make sure I made first position at the end of session because they use aggregate score for that.

Throughout our JSS 2 period to second term of JSS 3 we were not friends, we didn't even talk to each other until the last Wednesday of JSS3 second term.

That fateful day, I was going home from playing football after closing hour and I saw a middle aged woman trying to carry load from her car's boot. I decided to help her with the load, she declined at first but I insisted ( I didn't know why but maybe the spirit of something pushed me that day... Winks). She later agreed and I helped her with the load, her house is five building from where her car broke down and opposite the 9th building from our residence on the way she kept praising me and my parents and she also mentioned her daughter also attend my school and that she is in JSS 3, Iwas now wondering who her daughter is, maybe her daughter is not living with her, I thought. As she was saying all these i was just saying yes ma now regretting why I helped in the first place.She knock the gate and a lady of about my age came out I did not see her very well at first but when I look well;yes your guess was as good as the answer, it was Fiona. Our eyes locked together, we were both surprised and I was tongue tied particularly. I tried to cleared my tiny throat, I was choked. The tension was relieved by Mrs. Raphael, Fiona mother's. I know you will surely know each other, so are you in the same class? She asked. We both nodded simultaneously. She asked me to enter and take something but I declined giving excuse that I was late already, she thanked me. I managed to mutter goodbye Fiona before I scurried out of the compound. Once outside the gate I waited five minutes to catch my breath and stability.

The next day in school, Fiona came to me to thank me for helping her mother and I asked for her friendship (innocent o) which she jokingly asked, was that why you carried load for my mum yesterday. I quickly replied NO, I didn't even know she is your mum, I said. It was since that day we became friends. I user to go to their house and she also comes to ours as well.

After our secondary school education, we gained admission into the same university, Univerty of Lagos. I was a mechanical engineering student while she was in nursing. We still continue our friendship. Whenever we are less busy in our department we usually hang around together she would visit me in my hostel and I would also do the same.

Being pretty actually makes a lot of male admirers flocked around her to my disdain but I couldn't talk because she was just platonic girlfriend to me. I usually fell this tinge of jealousy when I see her with males and I knew she would have seen it in my eyes time without number because I knew she sometimes teased me with it.

One of the happiest and unregrettable day of my life was one particular Sunday during our 200level days. I just dropped the phone after speaking yo my big bro, Jay, as usual he advised me to talk my mind to Fiona that I should tell her how I feel about her. Everybody knew I loved her and want her but I was afraid of rejection.

Well this particular Sunday I went straight to my bathroom, took shower and then dressed up and spray my special perfume on my body( don't mind me, I'm going on a mission). I looked myself very well in mirror and bounce out of my hostel feeling high as I could feel eyes on me and some of my neighbours were even hailing me. "Mike, shey item 7 go dey?

Mike, you want to kill them, Mike, this one too much, let me follow you now" were the words I was hearing as I moved out of my compound.

When I got to her hostel, I met her reading a novel ( so typical of her). You didn't go to church? I asked. Yes, I didn't just feel like going, she replied. Well that is because of me, I said. For your mind, she hissed.By the way where are you going that you dressed like this or have you found a wife, let me know so that I can introduce myself as sister- in- law, she joked. Mike, use that as baseline, I thought to myself but still the confidence did not come. No, I came to play with you, you know you are my only wife. Wife for where, she clapped her hand together while laughing, wife that you did not even toast, she said.

Mike this is the green light Jay said, I murmured. You say, she asked. Nothing. We played for five minutes and I told her I want to use the toilet, I took time to catch my breath and moved out. I went straight to her with thumping heart and look into her eyes briefly because I couldn't for long. Now is the time to use all your rehearsed words, I said to myself.

I told her right there how I have longed to be her man, how much I love her. I told her how I have been bottling the feelings and the jealousy that course my body when I see her with another man. It was after all these my words that I confirmed from her that the feelings are mutual she has developed feeling for me as far back as I have too.

With happiness in our face, our distant lips became more closer and closer until the gap was bridged and we shared our first kisses we would have had intercourse but I want to appreciate her more and earn her trust.

That was how I confessed my love to Fiona Raphael and now we are happily married with two beautiful children. And I can say now that the spirit that pushed me to help that day was the SPIRIT OF LOVE.