"He pushed her over the Window," South African Twitter user says Following the death of AKA's Fiance

By FirmBeliever (self meida writer) | 25 days 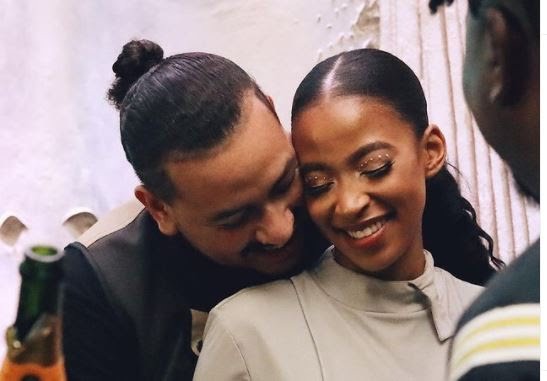 A tragic incident that has affected the entertainment industry of South Africa, seems to have been received by many, on controversial notes. Following the death of 22-year-old Nelli Tembe, who was said to have fell to her death from a five-star pepperclub Hotel in Cape Town, South Africa, news hit the internet and has become a controversial subject, one that seems to be getting a little bit muddy by the second.

The 22-Year-Old happens to be the fiance of Popular, and award winning, South African Rapper, called AKA, whose real name is Jarryd Forbes. Though details of her death has remained shrouded in mystery as at the time of putting This together, it would seem that some South Africans have sout to put the blame on the Rapper despite the lack of evidence, and a lack of insight, on the case. 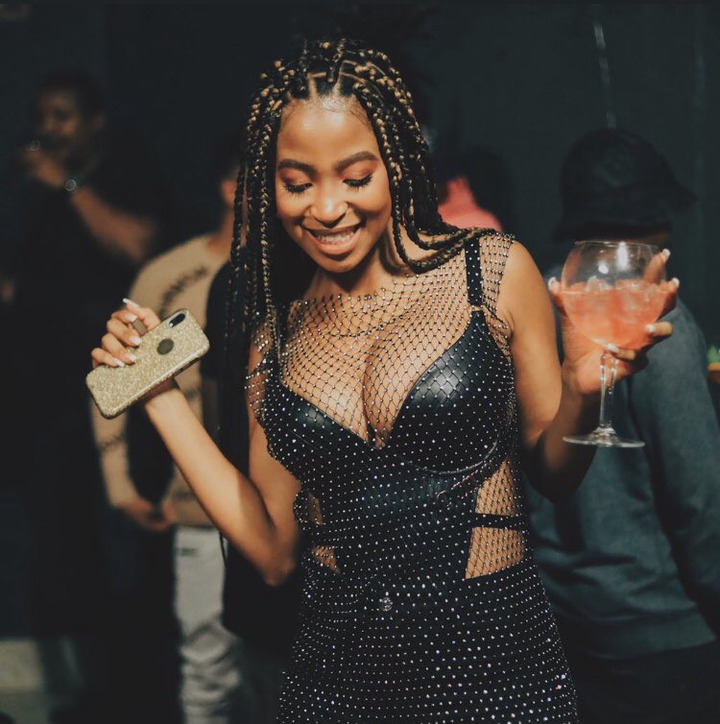 A source close to the Rapper revealed that he is inconsolable with grief as to the death of his fiance, and according to the western Cale SA Police Service media liason, Captain, FC Van Wyk, the scene of the crime is still closed and still under investigation. We are of course unaware of what will be found or the details that will ensue from the investigation but it seems many on the internet, through the hastag, #Nelli have begun to bring up unwarranted speculations as to how and what happened.

While others began to blame drugs, with videos of the young lady partying, some brought into the conversation, the fact that she could have been suicidal and as such, jumped with external provocation, through the window of the hotel. Though all these seems less controversial when compared to the statement made by a Twitter user, who according another South African Twitter user, is an influencer (popular twitter content creators). 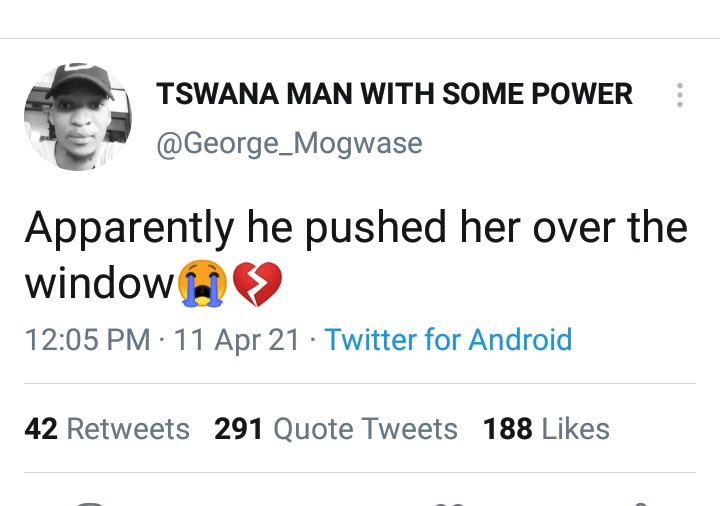 While expressing his concerns about the case, this influencer tweeted "Apparently, he pushed her over the Window" perhaps referring to AKA who hasn't released a statement that proves he was even at the scene.

As expected the statement by the Twitter user received lots of backlash, many of which came from fans, who warned him and informed him of the error of his ways.

Sadly, AKA seemed to have been very committed to the relationship he had with his now late fiance. Earlier, it was reported that the south African Rapper is no longer in the market for pretty ladies, as his now taking his relationship seriously. The Rapper took to Twitter to officially say that he is no longer in the dating game, and is now happy with his girlfriend, Nelli Tembe. The Rapper even went as far as stating that he had paid something called 'Lobola' for his fiance, and has visited her family to officially declare his desire to negotiate the 'lobola'. Perhaps lobola could be some form of bride price.

Before You Leave The House, Please Say This Prayer

Pray for Your Church Leaders