By Mello (self media writer) | 1 year ago 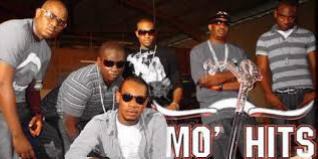 Mo'Hits Record (popularly called Mo'Hits) was a Nigeria based music record label owned by D'banj and Don Jazzy. According to Nigeria's Corporate Affairs Commission (CAC), Mo'Hits Records Limited was founded in 2006, signing D'banj was the Co-Owner. The label went on to sign other artists including Wande Coal, Dr SID, D'Prince and K-Switch. The label specialised in Afrobeat

The first album released by the label was D'banj's No Long Thing in 2005. Other albums are Rundown and The Entertainer (D'banj), Mushin2Mohits (Wande Coal) and Turning Point (Dr SID). The labt has also released a compilation album called Mo'Hits All Stars along with many other singles from its artists which have proved to be National Hits.

The label has also attracted foreign interest from international acts like Kanye West and Jay-Z and D'banj got signed to Kanye's GOOD Music.

In March 2012, Don Jazzy confirmed using his Twitter account that D'banj had left the group. D'banj's reason for leaving was cited as difference in interests.

After separation, Mo'Hits artistes performed together for the first time on 27 December 2017 in the Davido show tagged "30Billion Concert".

Content created and supplied by: Mello (via Opera News )