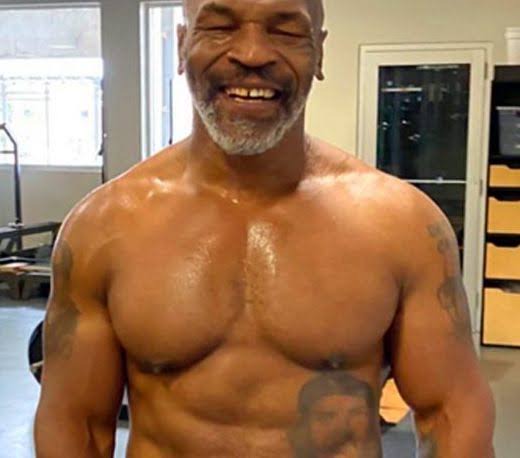 The man Michael Gerard Tyson popularly known as Mike Tyson (born June 30, 1966) is an American former professional boxer who competed from 1985 to 2005. He reigned as the undisputed world heavyweight champion from 1987 to 1990 and was the first heavyweight boxer to simultaneously hold the WBA , WBC , and IBF titles, as well as the only heavyweight to successively unify them. Claiming his first belt at 20 years, four months, and 22 days old, Tyson holds the record as the youngest boxer to win a heavyweight title.

In July 1991, Tyson was accused of the rape of Desiree Washington, a contestant in the Miss Black America pageant, in an Indianapolis hotel rooesiree Washington at a rehearsal for the Miss Black America pageant in Indianapolis. Washington accompanied Tyson back to his hotel room, where, in the early hours of July 19, he allegedly raped her even though he claimed the sex was consensual. In February 1992, Tyson was convicted of rape and received a six-year sentence. While in prison, he converted to Islam and adopted the Muslim name Malik Abdul Aziz. Due to his conviction, Tyson is required to register as a Tier II sex offender under federal law. His boxing career took a nose dive but after being paroled from prison, Tyson easily won his comeback bouts against Peter McNeeley and Buster Mathis Jr. . Tyson's first comeback fight grossed more than US$96 million worldwide. The 89-second fight elicited criticism that Tyson's management lined up " tomato cans " to ensure easy victories for his return.

Tyson also regained one belt by easily winning the WBC title against Frank Bruno in March 1996. It was the second fight between the two, and Tyson knocked out Bruno in the third round. In 1996, Lennox Lewis turned down a $13.5 million guarantee to fight Tyson. This would've been Lewis's highest fight purse to date. Lewis then accepted $4 million from Don King to step aside and allow Tyson to fight Bruce Seldon for an expected $30 million instead with the intention that if Tyson defeated Seldon, he would fight Lewis next. Tyson added the WBA belt by defeating champion Seldon in the first round in September that year. Seldon was severely criticized and mocked in the popular press for seemingly collapsing to innocuous punches from Tyson.

Tyson professional boxing career was marred by convictions and sentencing for various alleged offences ranging from assault, to getting into a scuffle at Los Angeles International airport with a photographer, drug possession and driving under the influence of drugs. Tyson later filed for bankruptcy due to the financial weight of his legal battles.

His life after boxing was not as renowed as his professional career, In an interview with USA Today published on June 3, 2005, Tyson said, "My whole life has been a waste – I've been a failure." He continued: "I just want to escape. I'm really embarrassed with myself and my life. I want to be a missionary. I think I could do that while keeping my dignity without letting people know they chased me out of the country. I want to get this part of my life over as soon as possible. In this country nothing good is going to come of me. People put me so high; I wanted to tear that image down".Tyson took acting roles in movies and television, most famously playing a fictionalized version of himself in the 2009 film The Hangsketches, After debuting a one-man show in Las Vegas, Tyson collaborated with film director Spike Lee and brought the show to Broadway in August 2012. In early March 2015, Tyson appeared on the track " Iconic " on Madonna 's album Rebel Heart . Tyson says some lines at the beginning of the song.

Indeed how the mighty had fallen, from an undisputed champion to an ex convict. Mike Tyson goes down in history as one who lost his professional boxing career to inordinate desires.

Content created and supplied by: Ukpabio19 (via Opera News )