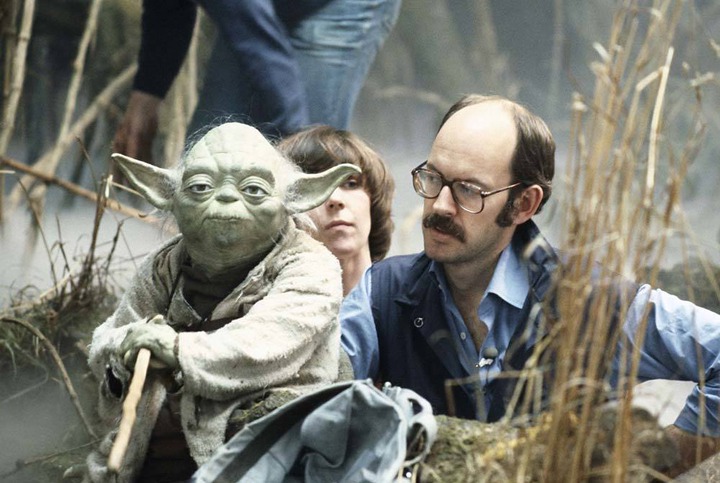 In a galaxy far, far away, some behind-the-scenes photos were taken of one of the most popular franchises to date, Star Wars. Today, fans of the Skywalker saga have seen everything from puppets to a CGI Yoda on the big screen.

But these rare pictures show what happened during creation of the original trilogy before the cameras even started rolling. The photos depict things like the man inside the R2-D2 costume and models of the Millennium Falcon. Strap in and enjoy these behind-the-scenes images.

It’s amazing that the famous Chewbacca mask was put together by one man, Stuart Freeborn. His wife, Kay Freeborn, hand-knit the torso of the large costume. Underneath the furry mask and sharp teeth is the actor who played the lovable Wookiee in the original trilogy, Peter Mayhew. 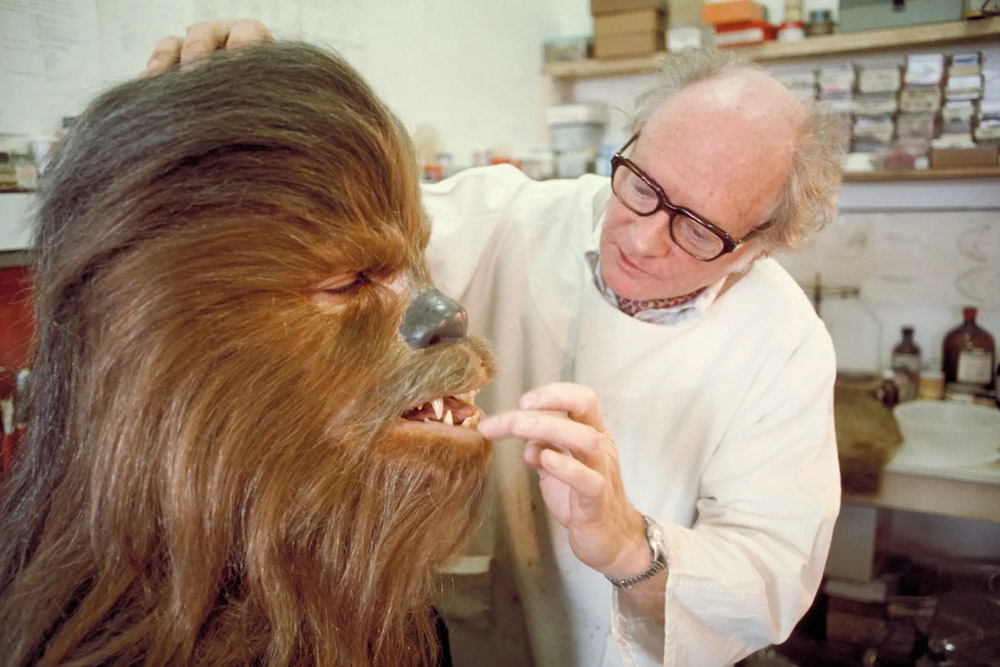 After coming up with the idea for Chewie’s costume, Freeman had to go through multiple prototypes before he found the perfect combination of materials. The furry costume is comprised of a few different animal furs, including yak hair and mohair. 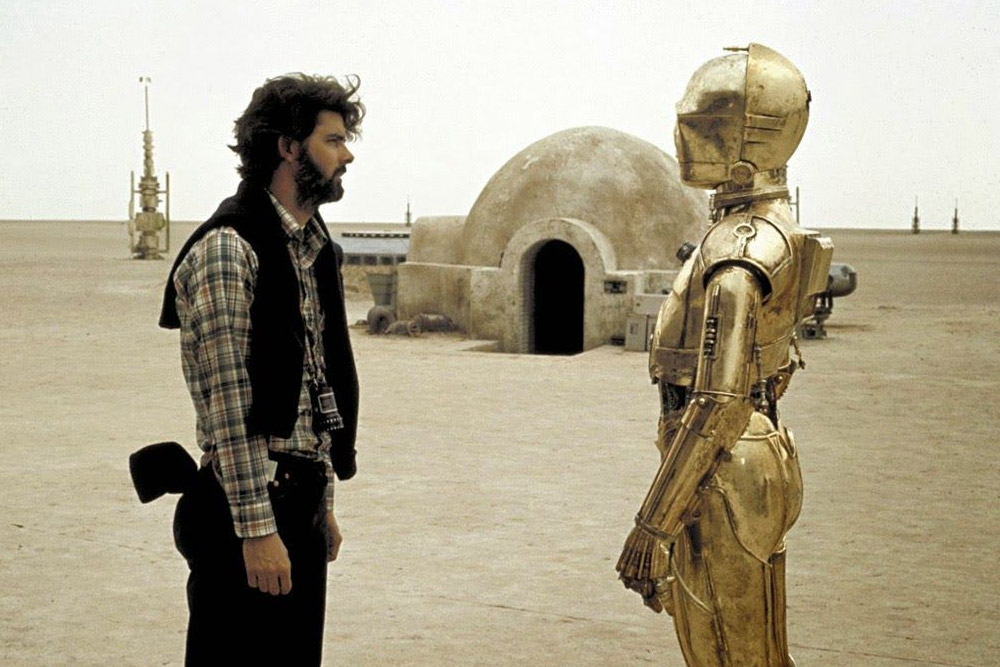 What says Star Wars more than a picture of universe creator George Lucas and the gold-plated C-3PO on Luke Skywalker’s home planet of Tatooine? It’s a depiction of the infamous humanoid and his creator, who, technically speaking, is Lucas and not Anakin!

This picture now holds a special place in entertainment history, as it went viral in 2016 after Jay Jones, author of George Lucas: Life, used the picture for the cover of his book.In between saving Luke and fighting Darth Vadar, Obi-Wan Kenobi, played by Sir Alec Guinness, was able to celebrate his birthday. This picture shows Guinness enjoying a well-earned treat, alongside fellow Jedi Luke Skywalker, played by Mark Hamill, creator George Lucas, and producer Gary Kurtz.

It goes to show that even the fiercest fighters in the galaxy need time to stop and celebrate life. And there is no better way to do that than surrounded by friends and a nice cake! 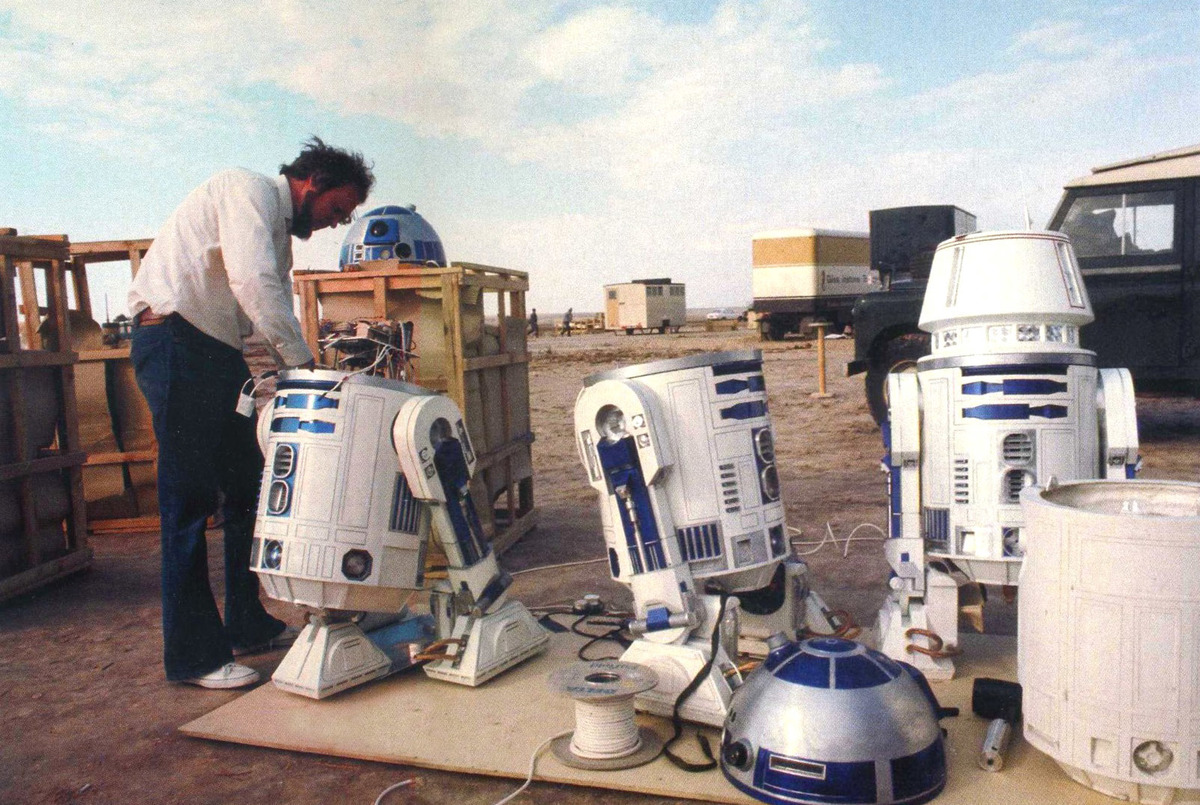 R2-D2 is the sassy droid that always seems to be the one to get the main trio of Luke, Han, and Lei out of every sticky situation. Does anyone remember the garbage compactor scene? The Skywalker saga almost ended before it began!

In this picture, the remote-controlled R2 model is getting a much-needed rewiring by special effects expert John Stears. In the picture, it looks more like R2 and his stunt double are being shut down, and the droid to the far right is taking over his duties Star Wars fans probably can’t help but smile when they see this picture showing Han, Leia, Luke, and Chewie sitting in the iconic Millennium Falcon. They seem so carefree and not as if they’re about to go headfirst into the Rebellion against the Empire.

All four actors portrayed their characters until the end of the Skywalker saga, with unused Leia footage being used for the late Carrie Fisher’s character in the final films and Han and Luke’s ghosts reappearing. Another actor also took over for Chewie, as Mayhew was beginning to use a cane.Nothing earns you some time to play a game of chess quite like spending a day inside an R2-D2 costume. That is the exact activity Kenny Baker is taking advantage of in this behind-the-scenes photo. R2 had two designs throughout filming.

One was a remote-controlled droid that wheeled around on three legs. The other was a two-legged droid that Baker got inside of and controlled via remote. After the actor passed away in 2016, George Lucas paid tribute, calling Baker “the heart and soul of R2-D2.” 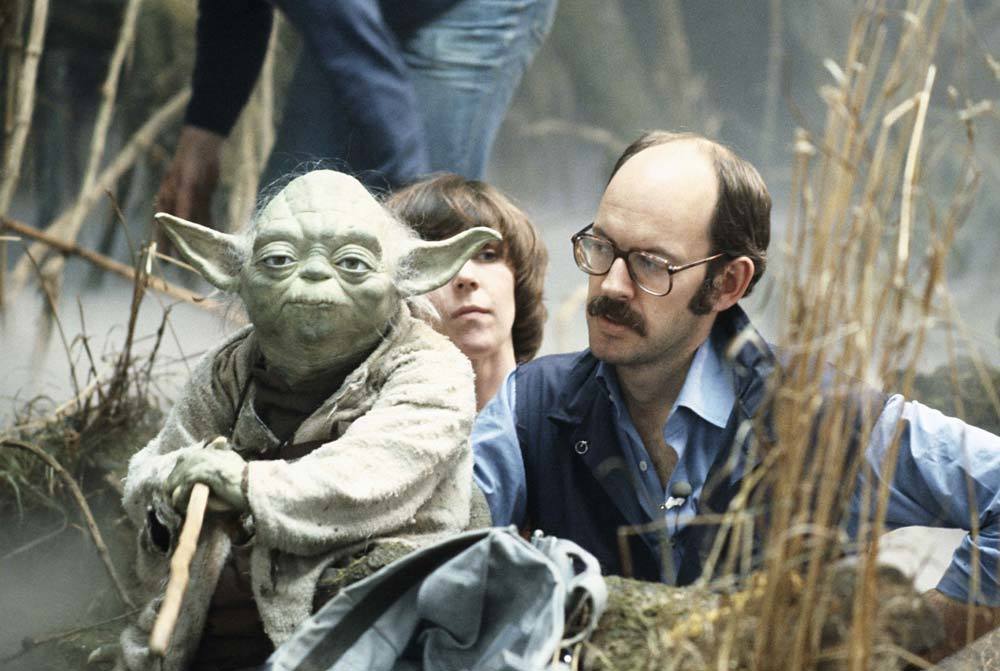 This picture is quite amazing because it is a rare occurrence when fans see the voice behind the famous green puppet, Yoda. The man to the right of the Jedi master is Frank Oz, the mastermind behind the voice with odd speech patterns and backward talking.

Oz was born into a family of puppeteers, so, inevitably, he got into the trade, too. He went on to participate in the entire Skywalker saga, even reprising his voice acting in the animated series Rebels.