Best A list Hollywood Stars Marriages That Didn't End In FairyTale Happily Ever After. 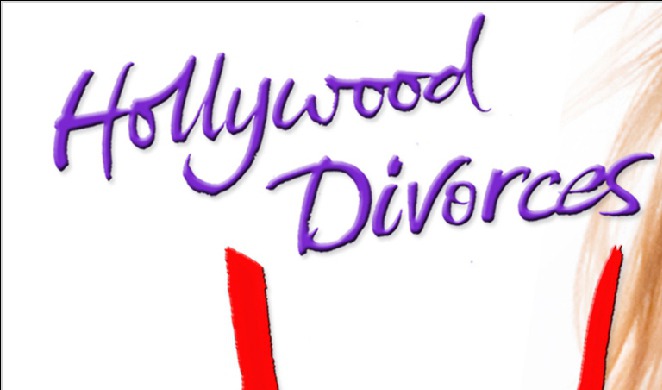 Hollywood is full of handsome gentlemen as actors and the most beautiful actresses that can give any miss world a run for their beauty crown anyday,anytime and anywhere.

But often times,these actors and actresses who makes us day dream of having movie like sensational and fairytale like kind of love when they act together,have often not ended with the "and they live happily ever after" slogan we have learnt to watch in their movies of undying and unbreakable love no matter what life throws at us.

Here is a list of my top 7 hollywood divorce by A list movie couples hit by the reality of all is not what it seems even with beauty,money and fame ; Both charming couple of lovely personality met during the filming of step up dance movie where they were the leading roles in the film.

Dated for a while and eventually got married in 2009.

After 9years of marriage decided to get divorced in 2018.

I guess dancing moves and steps are not enough to save this dream pair afterall. This didn't end well at all,could have been a fairytale kind of happily ever after marriage but this is reality.

Well mr pirate of the carribeans didn't find happily ever after in the ever charming pricess mera of aquaman movie like we all expected he would.

Eventually got married in 2015 and in mid 2016 the beautiful miss heard filed for seperation.

Divorced legally in 2017 after less a year in marriage. Ben stiller is definitely one of my favourite actors with a charming humor and very funny personality but marriage is one difficult knot entirely.

Got married to one another in year 2000.

Eventually decided to divorce in 2017,wow after 17years together atleast they lasted more than most hollywood top marriages. These couple are argueably one of the best pairing that is quite odd not to work out till the end though,at least in my opinion.

The batman superhero and miss peppermint actress began dating in 2004 after meeting in year 2000 during a movie filming.

Got married in 2005 after dating for over a year.

Divorced came knocking eventually in 2015 after 10years together in marriage. Well if there was ever a mission impossible for mr cruise it definitely was sticking with the fairytale beauty of miss Holmes forever. After both would be superheroes dated for a while.

Divorce came calling in 2010 after over 2years of happily married life,happily till the end ?,i don't think so cause obviously it ended. Well this is definitely my favourite couple and one that made me lost hope in A list celebrity getting married and living happily ever after.

Dated for years and got engaged in 2012 before finally getting married in 2014.

This is one marriage in really hope comes back together for the fairy godmother maleficent and the fierce warrior of troy actor. Well i guess being a celebrity comes with a price but it glaring beauty,handsomeness,fame and money doesn't always guaranty a long lasting happily married life,if not who would be happier than this hollywood high power couples who just could not hold it together till the end.