Over 1 Billion Votes Cast In BBNaija 2021; Why Nigerians Should Channel Same Energy To 2023 Election

By Timelyreport (self media writer) | 10 days ago Meanwhile, yesterday, the organizers of the show presented the star prize to the winner and also took out time to reveal certain information about this year's edition to the general public. Big Brother revealed that about 1.3 billion votes were recorded, with 300 million of the votes coming in the last week of the show.

BBNaija is arguably the biggest and most entertaining reality TV show in Africa, hence why it is loved and followed by so many people all over the continent but mostly by Nigerians.

Why Nigerians should channel the same energy used in voting for their favorite housemates to the 2023 general election.

Recall that President Buhari won his re-election in 2019 with over 15 million votes, while his closest competitor, Atiku Abubakar garnered a total of over 11 million votes. It was recorded that a total of 28,614,194 votes were cast in the 2019 general election. 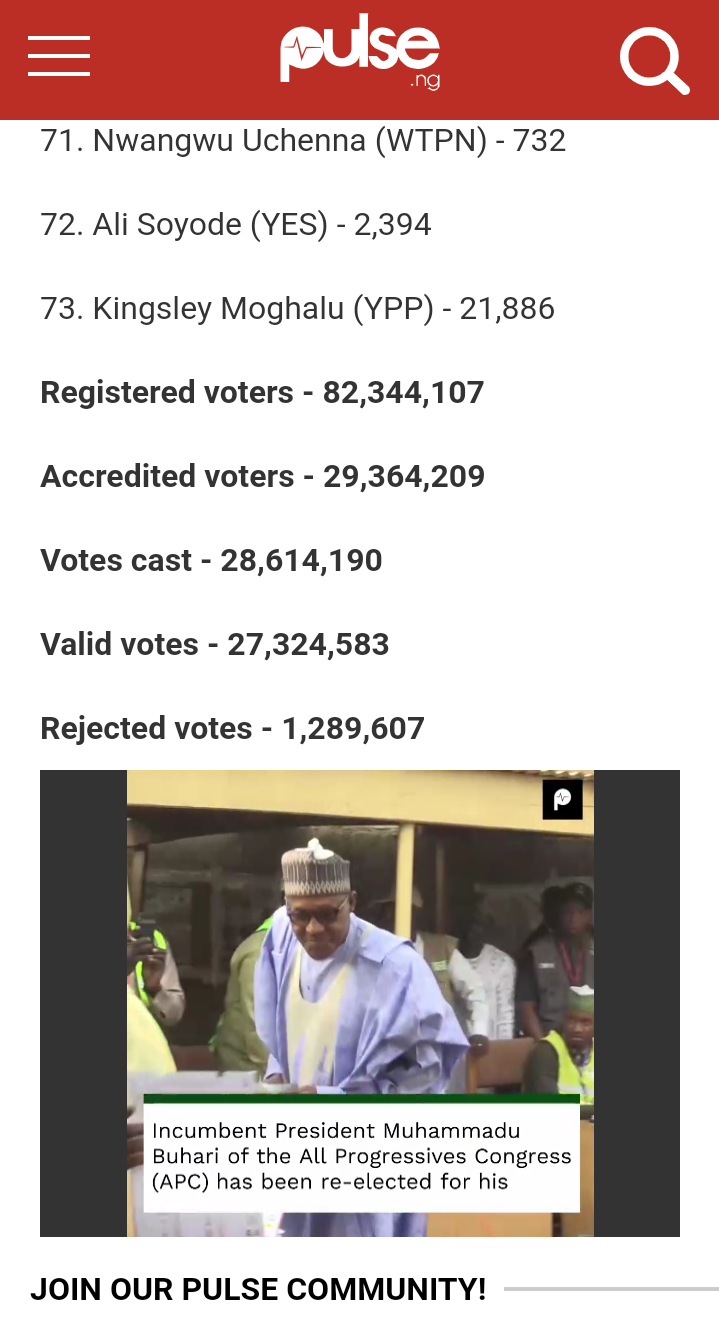 It is important to note that the entire Nigerian population is over 180 million, but this number usually does not reflect whenever a general election is being conducted. It is time we do the needful as a people and create a Nigeria we all dream and talk about. If we can channel the same energy shown during the recently concluded BBNaija edition in the forthcoming general election, I am certain we will get the best hands to lead us in the next four years.