Don't Listen To People, It's Me And You Forever — Grand P Sent Heartwarming Message To His Fiancée

By CorrectNew (self media writer) | 1 year ago

Although, Moussa Sandiana Kaba (AKA Grand P), and his Ivorian Fiancée, Eudoxie Yao are more like the latest definition of true love lately, but that doesn't mean that, they will have a rosy relationship all the way. Even if the two are in deep love with each other, and may hardly fight one another, those around them could create all sorts of trouble for them at any slightest opportunity.

Also, when you consider the fact that, two of them are established celebrities in their respective countries, it will become clearer for you that, it is almost impossible for them to encounter problems in their relationship.

Ordinarily, celebrities are known with troublesome relationships, but when the fact that, they are not only living in different countries, but also have a lot of differences in body and pocket sizes, you can only wish them well but won't write off disagreements between them.

You will recall that, while Grand P is a rich musician from Guinea, his girlfriend/fiancée (Eudoxie Yao) is also a famous lady in the Ivory Coast. The two African celebrities came together months ago, and have been in the mouths of many Africans ever since then.

However, in the past few days, signs of problems was noticed in their relationship. Although Grand P always speaks about the perceived problem in a video on his Facebook page, but the barrier in our languages will not allow one to get the picture very clear. All thanks to Facebook which translates some of his written words from French to English for people like us to understand. 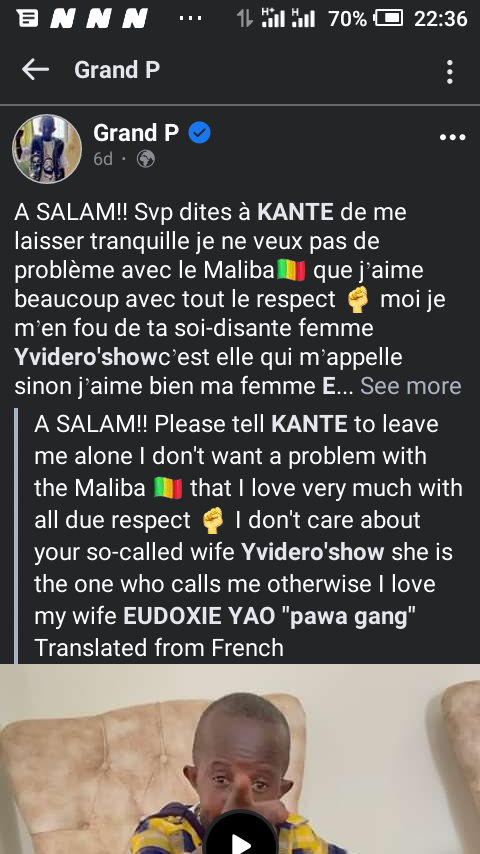 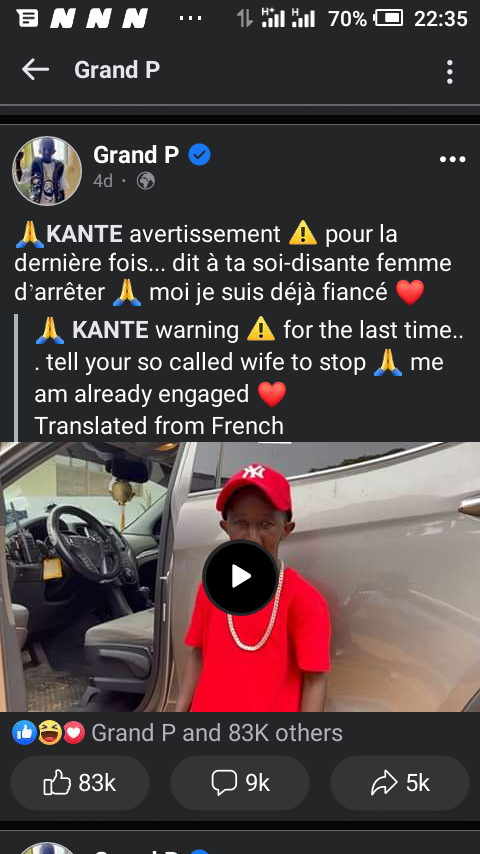 In what see like Grand P is in a fight to win his girlfriend back to himself, the Guinean millionaire has since hit his Facebook page where he sent a message to his lovely fiancée.

In that post, Grand P told his fiancée never to have doubt thoughts about the two of them. He equally cautioned the Ivorian lady never to listen to what people have to say concerning their relationship. Grand P assumed her that, he is really in love with her, but people could be jealousy too. See the post below: 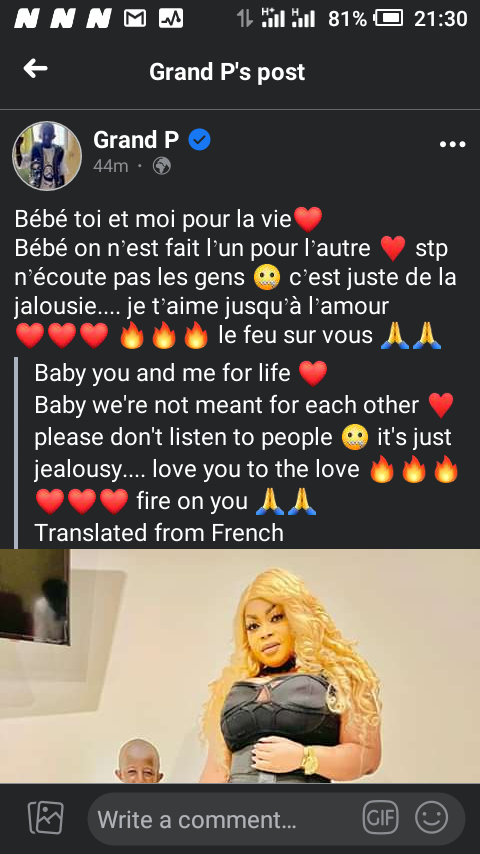 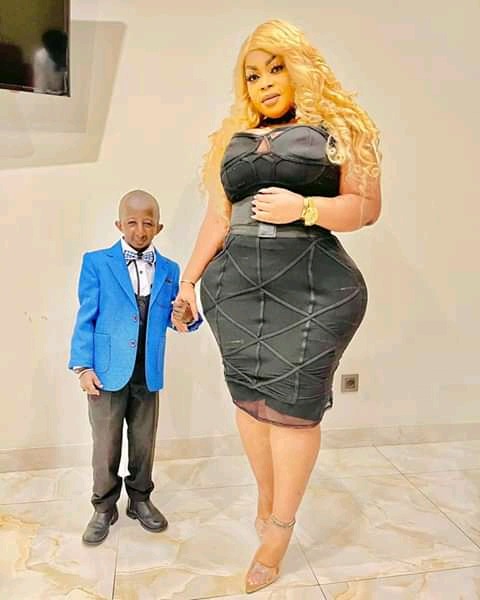 I always remind people in this kind of issues that, what will be no matter what the people think. To may people who have come to notice the relationship between Grand P and his fiancée, they will never get married. Some even accused the Ivorian lady for chasing riches. However, since God is not man, they will eventually get married if God wishes that to happen.

What do you think of this message from Grand P to his fiancée? Do you think they may be going through difficult times?