By MasterJA (self media writer) | 2 years ago 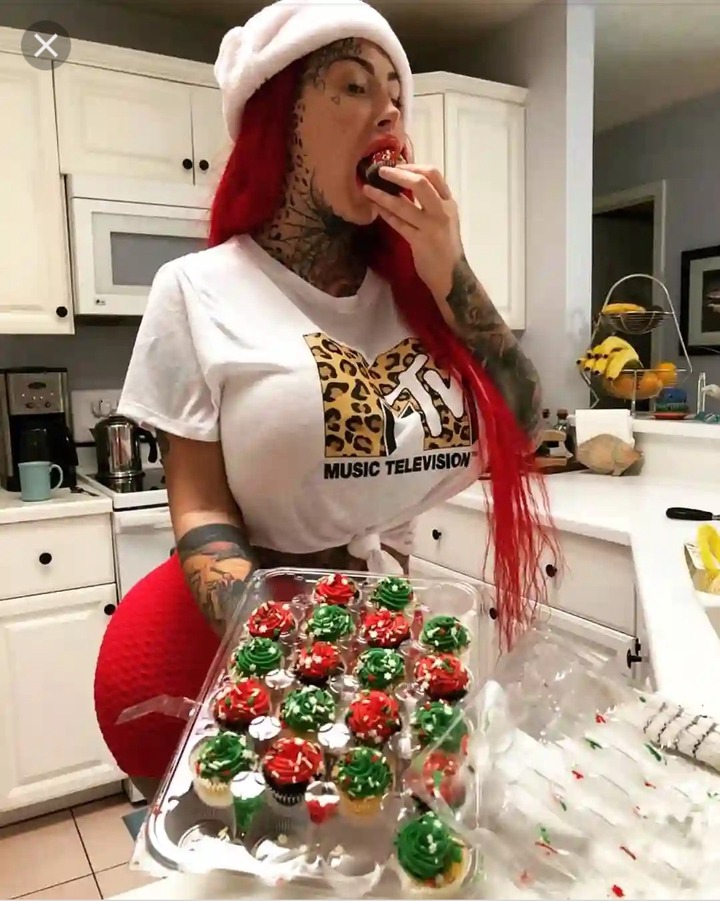 Mary Magdalene 24 (aka @xomarym), from Toronto, Canada, has spent £85,000 on plastic surgery including 38J breasts, 'Angelina Jolie lips' and a Brazilian butt lift because her 'girl next door' looks were 'too plain'.

Mary, who changed her name to Mary Magdalene after she was given the nickname by her Christian ex-boyfriend, says, “I love the full, fake look. My boobs are enormous, and I’ve had three bum lifts and countless lip fillers, too. I’m also planning to get fat injected into my labia 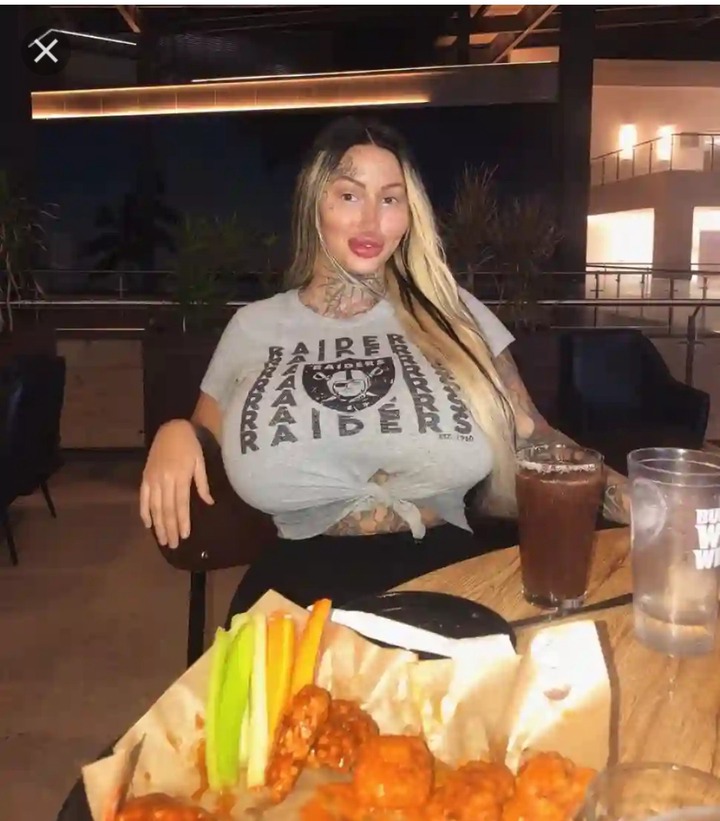 The picture below shows Mary, who is of British descent through her father, at 20 before she had the plastic surgery when she refers herself as ‘basic’ revealing size 32B boobs. 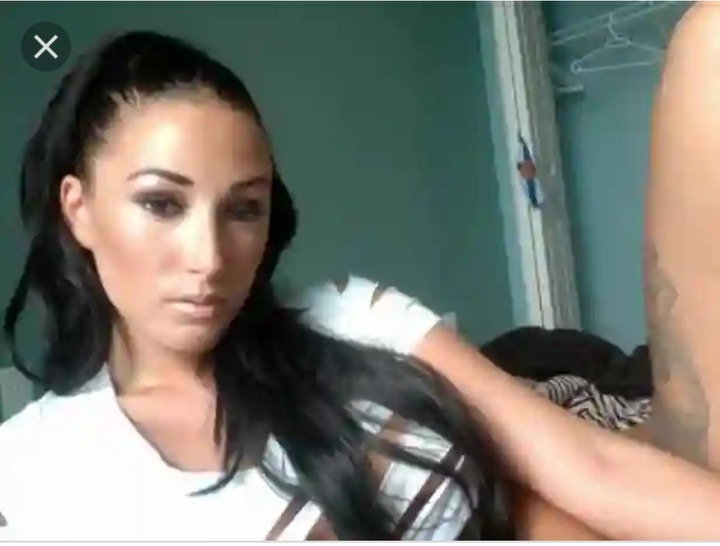 Her plastic surgery, which she started from the age of 20, has costed her over £85,700 (150,000 Canadian dollars) and since her British father was a missionary, he does not approve of her hobby.

She said: "I knew I wanted plastic surgery since I was about 14.

"Never did I imagine I would get as much as I did but it has just become a hobby of mine; like an extreme sport."

"I didn't think I was ugly at that time but looking back I just looked very basic.

"I much prefer my look now and it's very good for my business.

Mary says, “Doctors worried that my lips might burst from too many fillers. But surgery became addictive. I wanted to look like a sexy blow-up doll, as that’s every man’s fantasy. And I was earning more than enough from my modelling work to pay for it. 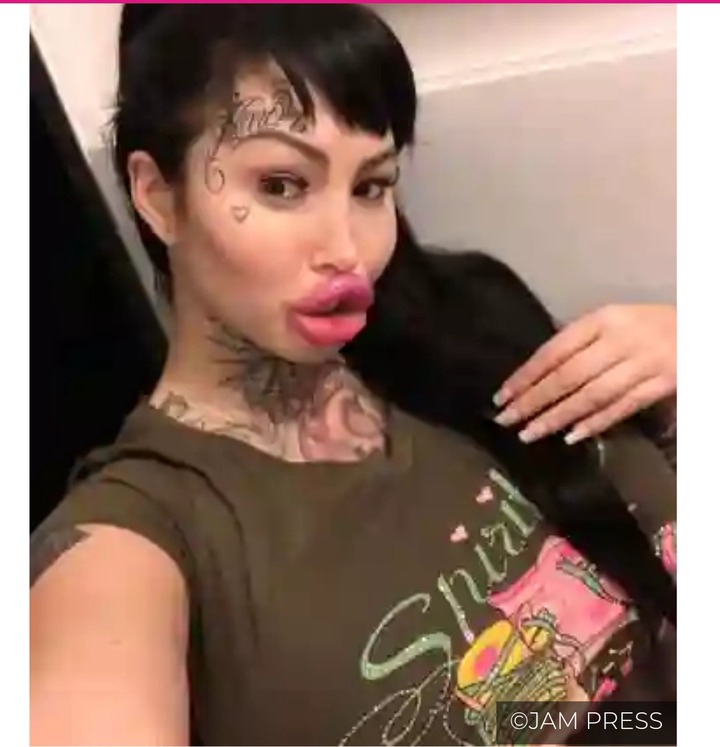 Mary underwent surgery on her vagina in Mexico – but complications left her fighting for her life. She says, “I wanted thicker labia, but I was in surgery for almost eight hours and I started haemorrhaging.

“I was given two blood transfusions, but my body didn’t react well to the new blood. It was touch and go whether I’d make it. Doctors thought I was going to die.” 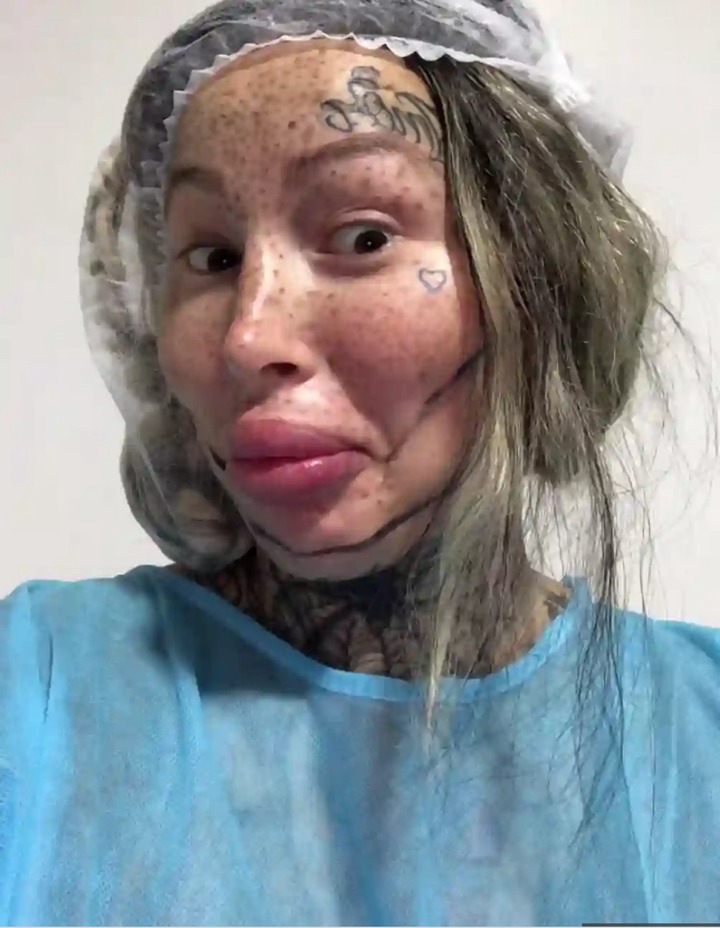 Luckily, Mary pulled through, and she hasn’t been put off getting more surgery.

Naively, she says, “People are shocked that I want more nips and tucks, but I see my surgery addiction as an extreme sport – you wouldn’t tell a rock climber to stop climbing mountains just because there’s a small chance of death. I’d like to get more work done on my vagina – I want it to look more inflated, just like a blow-up doll.”

"I custom designed it, so I have the fattest vagina in the world." 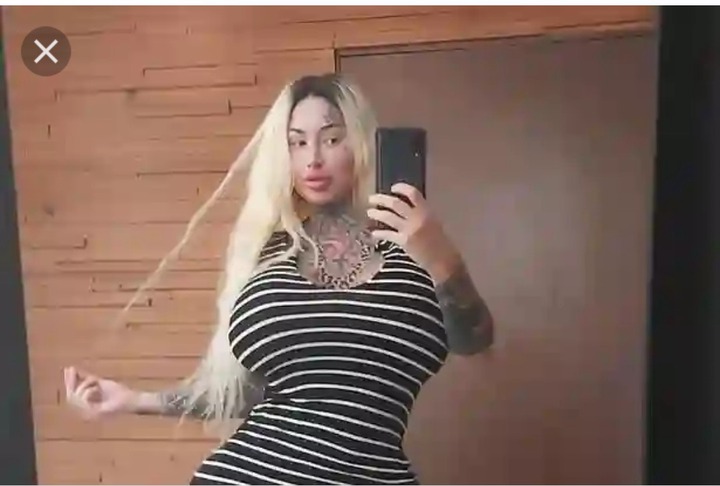 Now, she regularly shares racy snaps of her unusual body on Instagram, where she has over 132,000 followers. She says, “I get a lot of male attention. I’ve had a few marriage proposals and I often get weird requests to send my toenails or hair in the post. One man even said he’d empty his kids’ bank accounts for me.” 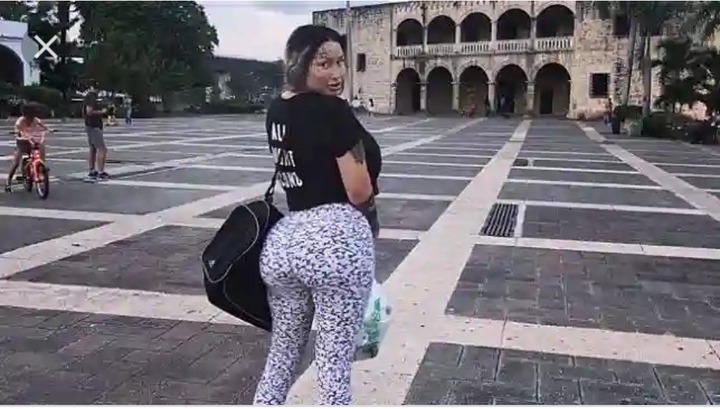