By Breadbeatnews (self media writer) | 1 year ago

Before we start please follow the page for more updates thanks. 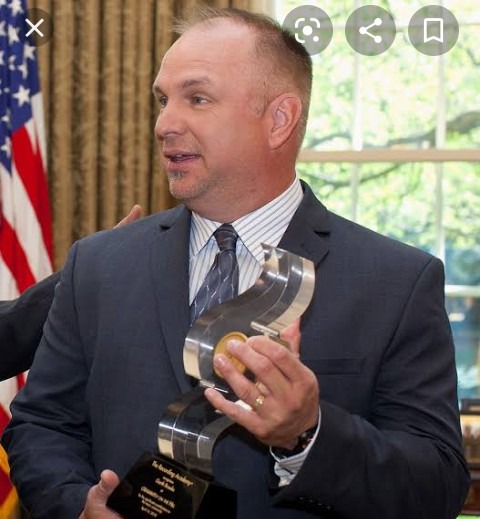 Yesterday, on Billboard Music Awards on. Wednesday Night, Garth Brooks received the highest honor and the man whom many deem the greatest Entertainer in the world was presented with the hardware by none other person than the performance Queen herself, Cher.

Cher began her tribute package to the legendary country performer saying "since Garth Brooks debut album, he seems to have stood at the very top of the music world breaking down barriers, topping the charts and redefining the very nature of country music, both on in studio and on stage".

Cher also added that he took country music from the heartland and brought it to all America and then the world with singles and albums that dominated the charts. Also Cher added that Garth Brooks has 19 No. 1 hits, 17 No. 1 albums, and nine number ones on the billboard charts. She went on to mention Garth Brooks ninth diamond award,which he received earlier this year. And also she said many other things about him and his type of music and what he sings about in his music before introducing him.

Then Garth Brooks then delivered a performance most fans would expect when he rocked the medley of "The Thunder Rolls", before following it up with "Callin' Baton Rouge", "The River", "Standing Outside The Fire", "Dive Bar", "Friends In Low Places" and "The Dance".

And after his performance, he reciprocated the compliment back to Cher and also he said Cher getting to hold the award that you got makes me feel cool - and cool is never a word i will use to describe me he quipped. And he said "If I had to think of one person or one entity, it should be God Almighty, for through him all things are possible".

And also he gave a shout out to "the love of my life", Trisha Yearwood, as well as his three daughters, I will ever love you for all my time on this planet, he gushed, "country radio, you gave me this!, to all those people who fill those stands, thank you! Thank you for my life".

Content created and supplied by: Breadbeatnews (via Opera News )