By IgbokweRoseline (self media writer) | 2 years ago

Fans of Megan Thee Stallion must be quite in a sad mood as the news of their favourite superstar being shot multiple times has been released. Are you in shock? Yes, me too. Megan Thee Stallion was born on 15th February, 1995 in Bexar county, Texas but raised in South Park, Houston. She started singing and performing raps as a teenager. She is currently 25 years old. She has released many mix tapes and she became more popular when she released her hit single, savage, which trended so much on the tik tok app. She also collaborated with Beyonce and released the remix of savage which went more viral and topped the billboard charts. She currently has a new song, "girls in the hood". On Sunday morning, 12th of July, reports came that she was badly wounded from multiple gunshots. A fellow rapper, Tory Lanez has been arrested on a gun charge after police officers found the weapon in his car also with the "savage" singer and another woman. 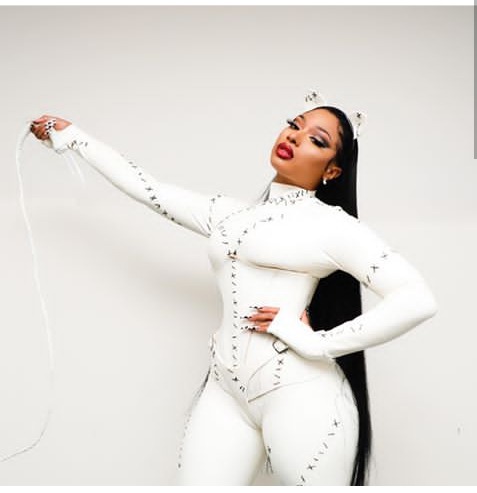 She was rushed to hospital by the police officers to undergo surgery to remove the bullets. She has just posted on her instagram page about the sunday incident clearing the air on fake rumours that has been going round of her being arrested. She says that the experience was just an eye opener and a blessing in disguise. She also says that she currently focusing on recovering so that she can get back to her life and back to making music as soon as possible. 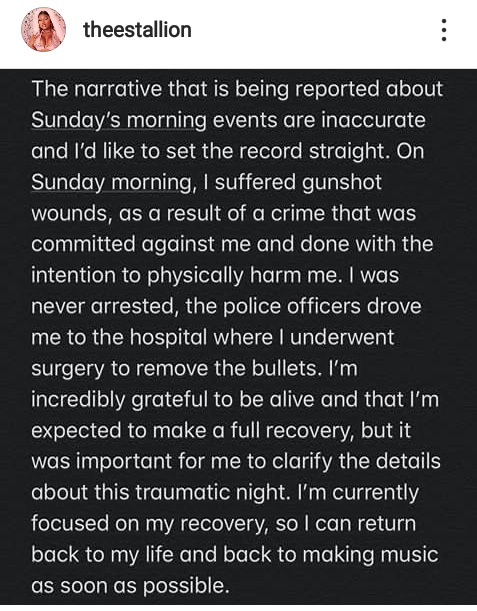 We wish her a speedy recovery!

Content created and supplied by: IgbokweRoseline (via Opera News )