This Dog became a Hollywood star, starring in 27 movies

Dogs are incredible creatures, they are wonderful and same time, friendly to humans. Their association with humans has led them to be uniquely attuned to human behavior.

Dogs vary widely in shape, size and colors. They normally perform many roles for humans, such as herding, pulling loads, protection, assisting police and military, hunting, companionship, aiding disabled people and therapeutic roles. There influence on human society has given them the sobriquet of "man's best friend".

But in this article we are going to talk about the incredible dog known as Rin Tin Tin who has steered in about 27 Hollywood movies. 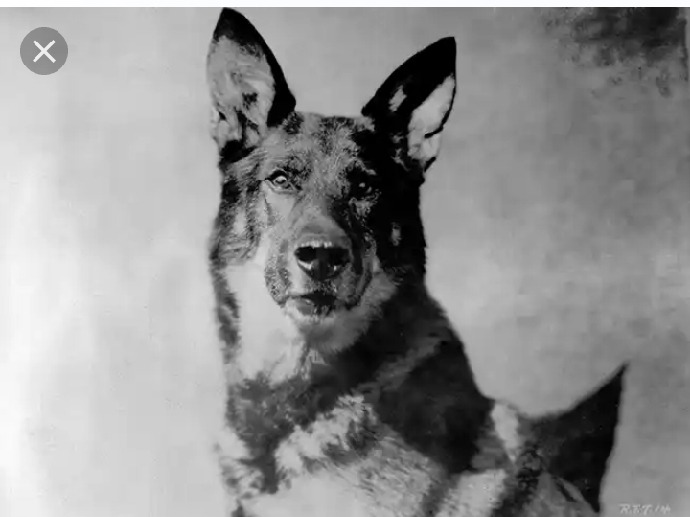 Rin Tin Tin was an international star in motion pictures as a male German Shepherd. An American soldier, Lee Duncan, who called him "Rinty" saved him from a battlefield during World War I.

Duncan trained Rin Tin Tin and obtained work for the dog in silent film. Rin Tin Tin was an immediate success in the box office, and appeared in 27 Hollywood movies, gaining worldwide fame.

Duncan certainly educated Rinty as an action hero, and in 1922, the canine got his first shot at glory, playing a wolf in The Man from Hell's River.

Rinty subsequently got more and more roles-starred in a total of 27 movies and became a major movie star. He was a box office draw, and critics lauded his outstanding "acting skills." In addition, it's said that Rin Tin Tin movies were so successful that they actually saved Warner Bros. from going bankrupt. And when the dog passed away in 1932, the sad news disrupted radio programmes.

There was also an hour-long broadcast that played throughout the U.S., according to NPR, so Rin Tin Tin fans could say goodbye to their favorite four legged star.

After Rin Tin Tin died in 1932, several similar German Shepherd dogs appearing on film, radio , and television in fictional stories were named after him. In some serialized films Rin Tin Tin Jr. appeared but was not as talented as his father. Rin Tin Tin III, believed to be the grandson of Rin Tin Tin, but actually only related from a distance, helped to encourage the military use of dogs during World War II. In 1947 Rin Tin Tin III also starred in a movie starring child actor Robert Blake.