Top 5 most famous dwarfs in the world who are billionaires.

By IamGAD (self media writer) | 2 years ago 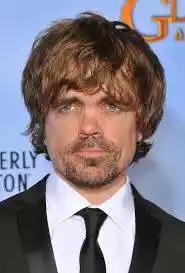 Peter Dinklage is an American actor and producer. He is 4 ft 4 in (1.346 m) tall. Dinklage is widely perceived as the world most famous dwarf because of his role in the just concluded the HBO series Game of Thrones which earned him international attention and acclaim. He has played Tyrion Lannister since 2011, a role which earned him both the Emmy and the Golden Globe Award for Supporting Actor in 2011, as well as nominations in the Emmy category in 2012, 2013 and 2014. Peter Dinklage was born July 11, 1969 in Morristown, New Jersey. He studied acting at the Bennington College. His debut film was in Living in Oblivion and his breakout role was in The Station Agent (2003). Since then, he has appeared in other films such as X-Men: Days of the Past (2014 ), 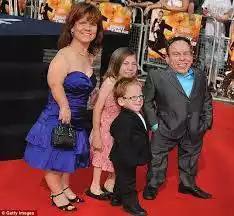 Warwick Davis was born February 3, 1970, Epsom, Surrey England. He is an English actor, television presenter, writer, director, comedian, and producer. He is 3 ft 6 in (1.067 m) tall. He got his start as a professional role at the age of 11 when he was cast as an Ewok in “Return of the Jedi”. He ended up taking over the role of Wicket in the film after Kenny Baker who was originally going to be Wicket fell ill, and it launched his career. He starred as the title character in Willow where he had his first opportunity to act with his face visible. He featured in other movies such as the Leprechaun film series, as Professor Filius Flitwick and Griphook in Harry Potter Films. He is currently the star of the television series, “Life’s Too Short” and he currently presents ITV game shows Tenable. 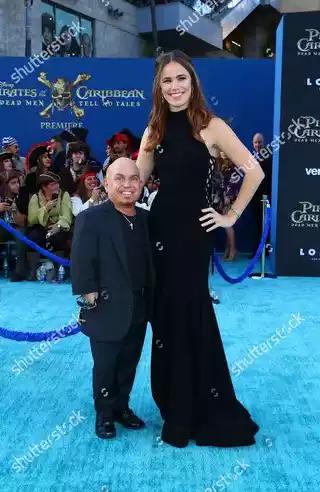 Martin Klebba is an American actor and stuntman who was born in Troy, Michigan and graduated from Athens High School. He is 4 ft 1 tall. Klebba has appeared in one capacity or another in many well known recent feature films notably as Marty – one of Captain Jack Sparrow’s Black Pearl crew in Pirates of the Caribbean Series . As a stunt man, he has appeared in many more movies like Hancock, Bedtime Stories, Cradle 2 the Grave, Evan Almighty, Meet the Spartans, Epic Movie, and Van Helsing . He has also had success in television. He featured as one of the seven dwarfs in a TV production of Snow White and the Seven Dwarfs , and in popular shows such as CSI, Scrubs, Bones, Drake & Josh, iCarly, The Cape and Mirror Mirror . He has also gotten fame among TV viewers for his participation in the TLC reality program Little People, Big World . 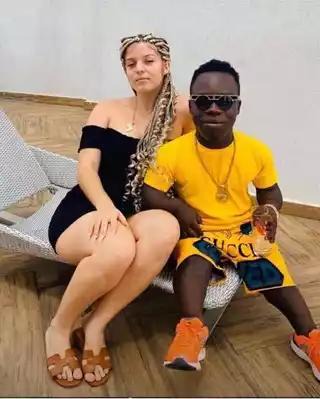 Shatta Handle is a Ghanaian short billionaire and internet sensation. The dwarf who is controversial on social media after displaying his luxurious lifestyle and making funny comments that he is richer than Aliko Dangote (the Richest Man in Africa) has revealed that his net worth is $70 Million US Dollars. He was born dwarf in Ghana and currently regards himself as the richest man in Ghana.

Shatta Bandle became popular after one of his videos claiming to be richer than Aliko Dangote, the richest man in Africa went viral on social media. 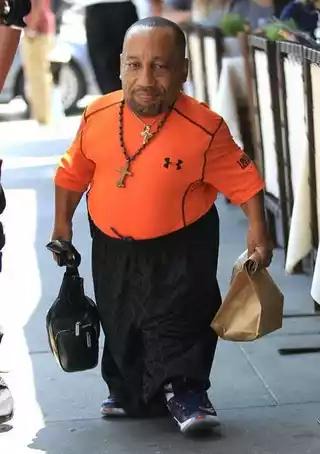 He is 3 ft 6 tall. He was born in New York, New York, also known as Joseph Anthony Cox, began playing drums when he was in elementary school. Cox attended University of Alabama with the intention of studying Music but later decided to pursue an acting after watching Billy Barty, a dwarf who was an actor and also founder of the organization Little People of America . He moved to Los Angeles at age 18 after receiving the backing of his relatives. He began taking classes at the Merrick Studio School of Acting with Scriptwriter De De Tillman and soon began working in commercials, film, and television roles. He is better known for his roles in

Content created and supplied by: IamGAD (via Opera News )