Michael Jackson has been dehumanized for over three decades. It’s time to take the narrative back

“Does it get more bizarre than it’s been getting lately?” — asked journalist Maureen Orth in the opening lines of a 2003 Vanity Fair article, whose absurd jabs at Michael Jackson include accusing him of using voodoo to defeat his enemies and having a prosthetic nose tip. 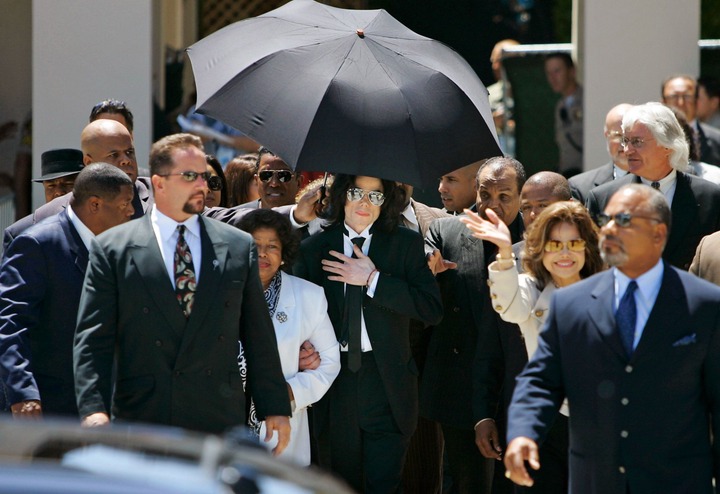 Jackson, of course, neither used voodoo nor had a fake nose (the latter claim being a widespread gossip that was put to rest for good by his autopsy report). However, he had, at that point, been the victim of relentless bullying by the media for almost 20 years.

But how had Orth managed to make such ludicrous claims in a mainstream publication and get away with it? What were the set of circumstances that allowed a journalist to viciously attack the integrity of Jackson, once the most famous man in the planet, without any proof, and still be believed?

The birth of the image of “Michael Jackson, the child molester”

The attacks on Michael Jackson’s public image started decades before Orth’s article was published. As early as the 1970s, a young Jackson saw himself forced to address the never-ending rumors about his love life. Reporters wanted to know who/if he was dating; they speculated whether he was gay and even if he had a sex change.

As the years went by, the scrutiny of his personal life only grew worse. By the mid-1980s, the focus shifted from his love life to his alleged eccentricities. It was around that time that the tabloid media coined the term “Wacko Jacko”, one that Jackson hated and that would haunt him for the rest of his life.

From the mid-1980s onward, the stories spiraled out of control: he slept in an oxygen chamber, he’d bought the Elephant man’s bones, he’d bleached his skin. They were all proven lies, which had, nevertheless, found in the scandal-thirsty public a growing niche of consumers.

You see, Jackson was a complex figure, a man who was, in many ways, ahead of his time. His vision and his talents in song-writing, singing and dancing became the blueprint for generations to come; his use of his platform to promote social change made him one of the world’s biggest humanitarians.

But as larger than life as he appeared to be sometimes, he was only a man — a man who grew up under unique circumstances, that yearned to live a normal life, and who didn’t shy away from speaking publicly about his personal trials and tribulations. He owed the world nothing, yet, he spoke.

His critics weren’t having it. They were more invested in the freakish character created by the media; they longed for answers, just not the answers Jackson had gladly given them: that he’d never had a childhood, that his changing skin-tone was the product of an incurable disease. His words fell on deaf ears.

By 1993, the rumors had grown to such a proportion that they threatened to overshadow his work. Jackson and his team, realizing how successfully the media had dehumanized him, went on a PR offensive that included an interview to daytime TV host Oprah Winfrey, in which the singer spoke openly about various issues, including his vitiligo, for the first time.

The effort, some say, came too late. Months later, when the news broke that Jackson was being accused of molesting a 13-year-old boy, Jordan Chandler, few in the media challenged the allegations. For many, it was as if the cards had finally fallen into place about the lingering questions surrounding Jackson’s “eccentricities”.

And so, the image of “Michael Jackson, the child molester”, was born. Never mind that the boy’s father, a crook whose dental practice in Beverly Hills was famous for on-demand drug prescriptions, was taped saying that he’d ruin Jackson’s life if he didn’t get what he wanted, or that the Chandlers, who never went to the police with their claims, took the settlement money and ran.

What mattered was that Jackson was different, and for that, he deserved to be punished.

In 2003, allegations were renewed by the Arvizos, a family of grifters who had previously attempted to scam celebrities like Chris Tucker and Jay Leno. They accused the singer of molesting 13-year-old Gavin Arvizo while Jackson was under investigation by law enforcement in the fallout of the controversial documentary Living with Michael Jackson. The investigation included a raid in his Neverland home that didn’t find a trace of evidence of any wrongdoing.

The singer, who by then was facing what was arguably the most challenging period of his life, was acquitted of all charges in 2005. But the media, whose behavior had overstepped any ethical boundaries, shamelessly taunted the singer to the extent that the not-guilty verdict, reached in a court of law, seemed unbelievable to a large part of the public.

The evidence of malicious intent, in the 1993 case as well as the 2003 case, was vast and available for the world to see. So, what was it that convinced a big part of society that Jackson was guilty? Whatever device worked against him that had otherwise smart people fully embracing the claims, in spite of their better judgement?

In a 2016 BBC article, psychologist Tom Stafford spoke about the “illusion of truth” effect, a device summarized in a quote attributed to the Nazi Minister of Propaganda, Joseph Goebbels: “repeat a lie often enough and it becomes the truth”. Stafford explains the effect through a common psychological experiment, in which the subjects are asked to rate the veracity of a few trivia facts.

After a break, the subjects are asked to repeat the procedure, but with a mix of old and new trivia facts. The key finding is that people tend to “rate items they’ve seen before as more likely to be true, regardless of whether they are true or not, and seemingly for the sole reason that they are more familiar.”

Could that be the case with the public’s perception of Michael Jackson?

It seems so. Where evidence lacks, the repetition of either distorted or entirely made-up stories is the device used by the media and money-seekers to pin Michael Jackson as a monster, a man so devoid of human qualities that child molestation seems not only believable, but plausible. Repeat the allegations often enough, and they start to feel familiar.

The reasons why the media and the accusers chose to pursue their narratives about Jackson goes beyond the purpose of this piece. However, if we look closely at the way he’s been portrayed in the last 30 years or so, we’ll notice that the system repeats itself: each false story is like a layer that is supported by the previous lies, while simultaneously laying the foundations for future deceptions, creating a false sense of plausibility of guilt.

In other words, Jackson’s public image has been so battered that at this point, almost any lie sticks. That’s why it came as no surprise when the allegations made by Wade Robson and James Safechuck against Jackson in the 2019 documentary Leaving Neverland were so quickly embraced by part of society, in spite of the pair’s shady history and the blatant inconsistencies in their stories.

What the future holds for Jackson’s public image

Robson and Safechuck might indeed become two of the more famous Jackson accusers, though not for the reasons they predicted — but because they were the first to have their contradictions exposed on social media in real time, a hurdle that the previous accusers never had to face, and that can spark a long-due process of reevaluation of Jackson’s life and legacy in the public eye.

Some may say that that’s not enough to clear the singer’s reputation, that the debunking of the latest attempt at profiting from his name merely scratches the surface of the accusers’ credibility — and they may be right. Rebuilding Jackson’s public image is not an easy task, and the plausibility of his guilt is ingrained in the mind of a significant part of society.

However, the battle is not lost. While assessing the illusion of truth effect, Stafford concludes that repetition and familiarity aren’t the only aspects to influence our beliefs — “when armed with knowledge”, he says, “we can resist it”. Therefore, it’s through the powers of reasoning that we can counterbalance our instinct to use short-cuts to form opinions.

The social media era, where information is available first-hand and public perception can change from day to night, is the perfect environment to question old narratives and finally bring the truth to light. In this sense, understanding the mechanisms that allow Michael Jackson’s reputation to be continually tarnished is the first step towards bringing him justice.

The second step is to humanize him by providing accurate, contextualized information, which when contrasted with the blatantly mean-spirited, baseless rumors around Jackson, should be enough to expose the stories for what they really are: stories, and not the truth. While we can’t turn back time and undo the harm that was done, we can take the narrative back.