Mr P Poses Inside A Jet, Says "Now That Everything Is Working Well, Let Me Relax And Enjoy Myself"

By SportyMotive (self meida writer) | 1 months

Peter Okoye, popularly known by his stage name, Mr P is a top artist, singer, songwriter who's well recognized all over the world. He was formerly part of the defunct P'Square brothers who took Nigeria music industry by storm before the duo separated.

And ever since the P'Square brothers became solo artists, they have been doing well. Peter Okoye especially who's also known as Mr P has remain on top of his game and he has many hits songs to his credit. Few weeks ago, he released his much anticipated new album titled the 'Prodigal' that's currently trending. 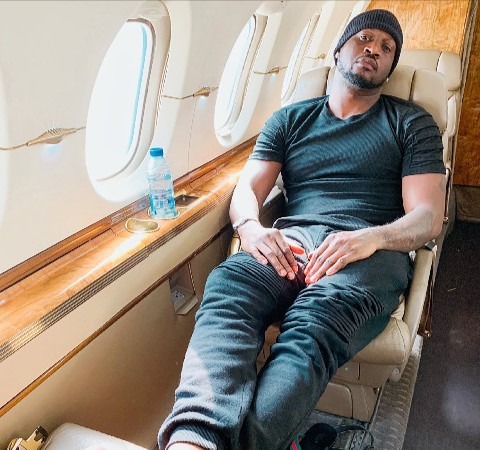 Not quite long, Mr P shared a picture of himself posing, resting and relaxing in a private jet. According to his caption, the singer said now that everything is working out very well for him, he should be allowed to relax and enjoy himself. He was referring to his new album the 'Prodigal' that's doing well since he released it. 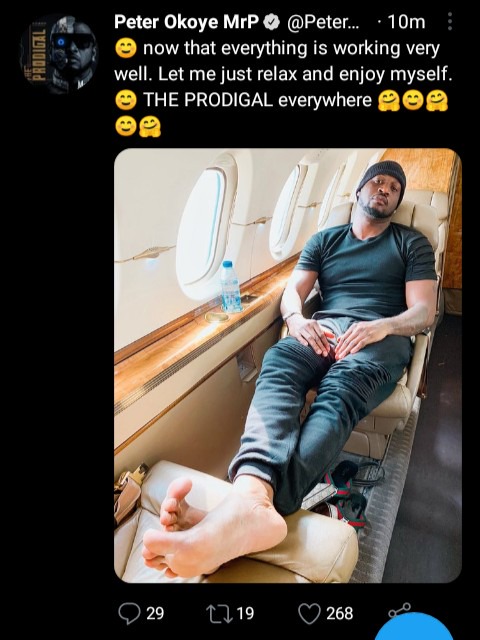 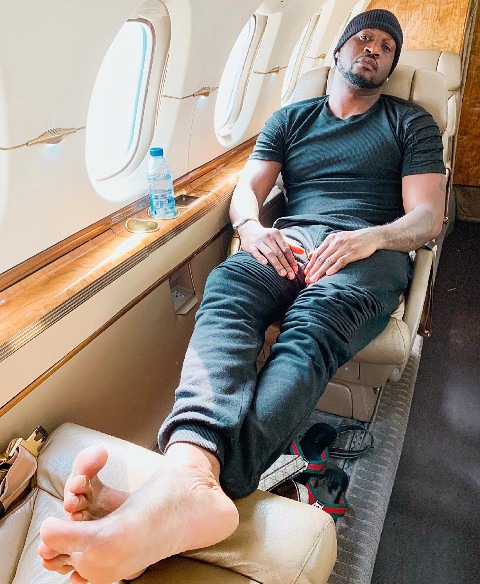 The picture has not gone unnoticed on social media. As soon as he posted it, reactions have been trailing him. Many fans have taken to Mr P comment section to praise him. 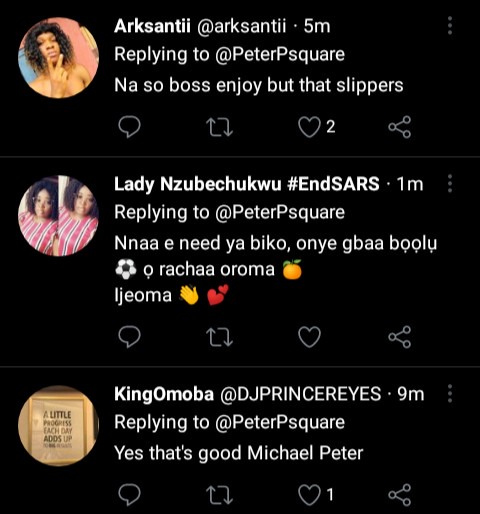 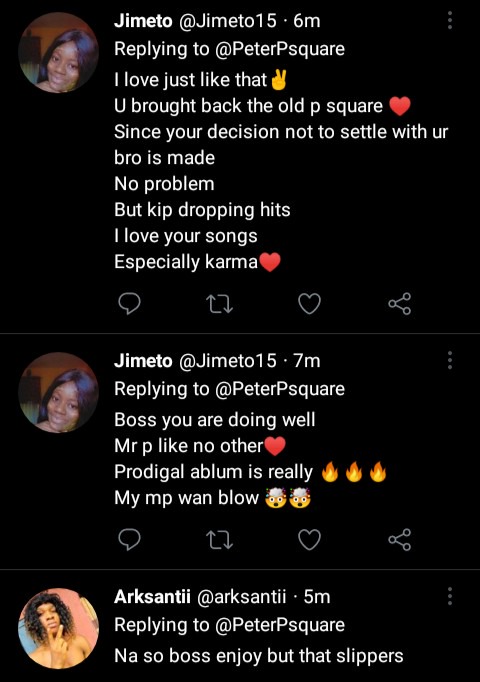 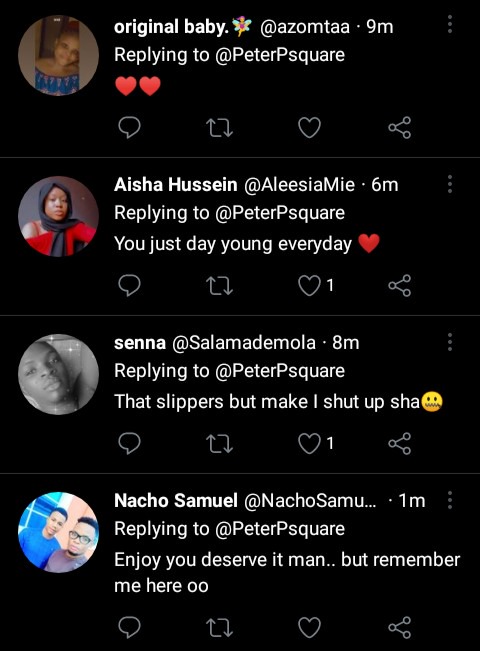 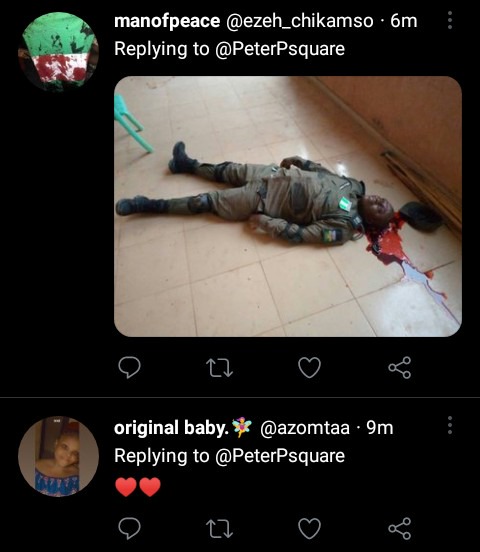 What's your thoughts on this? Share it with us.

Are You Looking For A Beautiful Fashionable Outfits For Your Next Outing? Checkout These Styles

Check Out These Pictures From Nigerian Actress, Nancy Iheme