Are They Married Or Just A Video Shoot?: Pictures of Vj Adams & Juliet Ibrahim Looking Like Couples

By Skino (self media writer) | 1 year ago

Most Nigerian celebrities are always known to look stylish and stunning. It is part of the celebrity lifestyle and a way of getting the attention of their fans. Popular Vj and television host, Vj Adams recently posted pictures of himself with popular Ghollywood actress, Juliet Ibrahim on his official Twitter page. Both celebrities look really amazing and cute as they appeared in what looks like wedding pictures. I guess is probably a music video shoot because Vj Adams could be seen seating with his fingers on a piano. 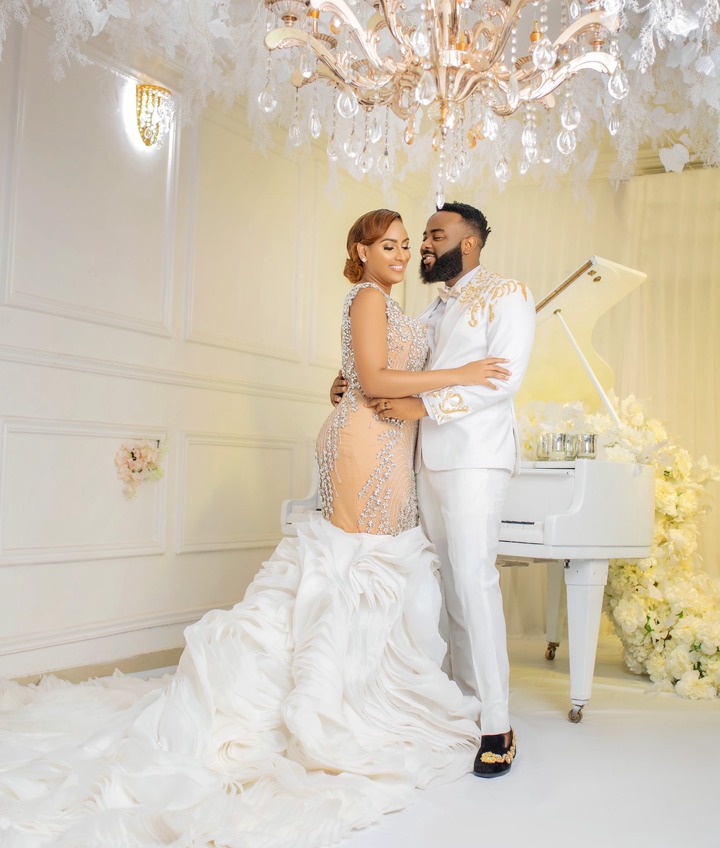 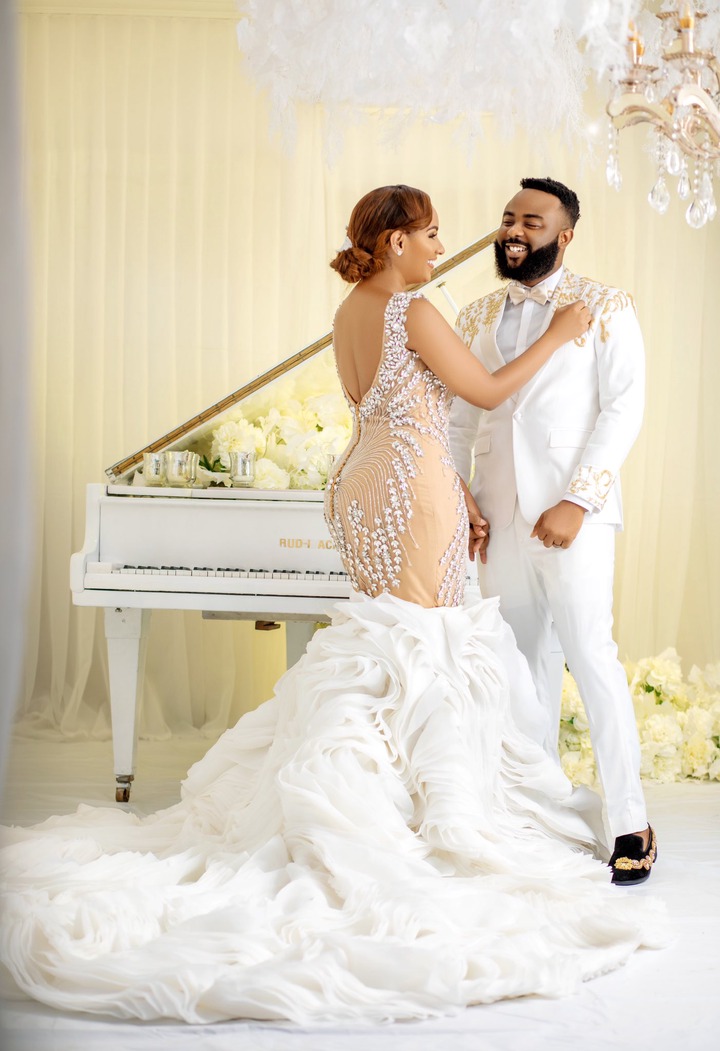 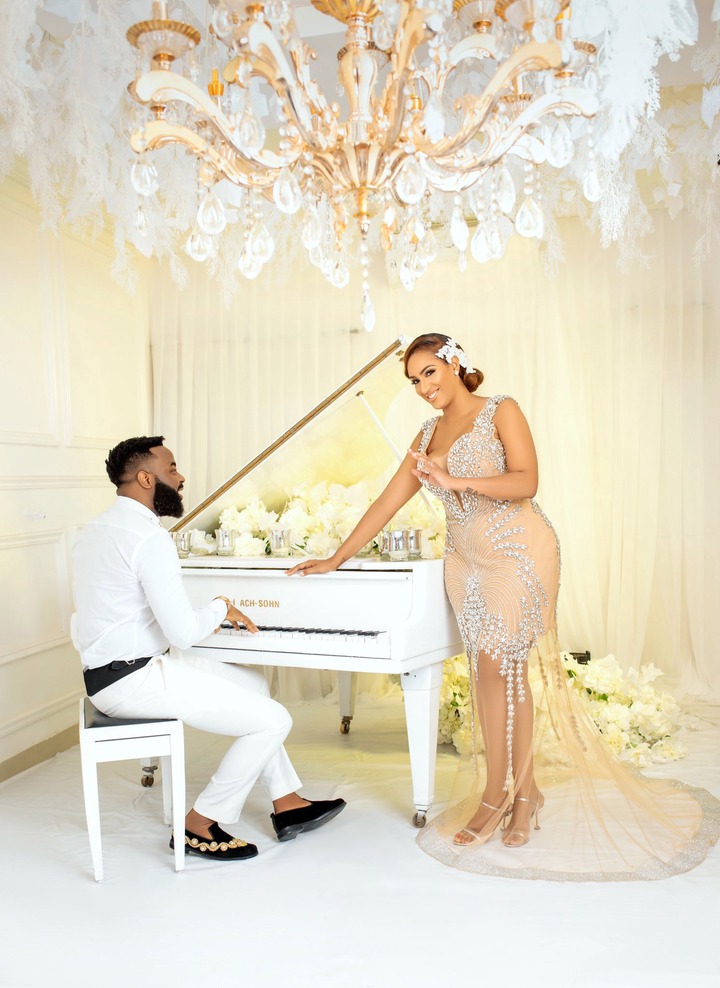 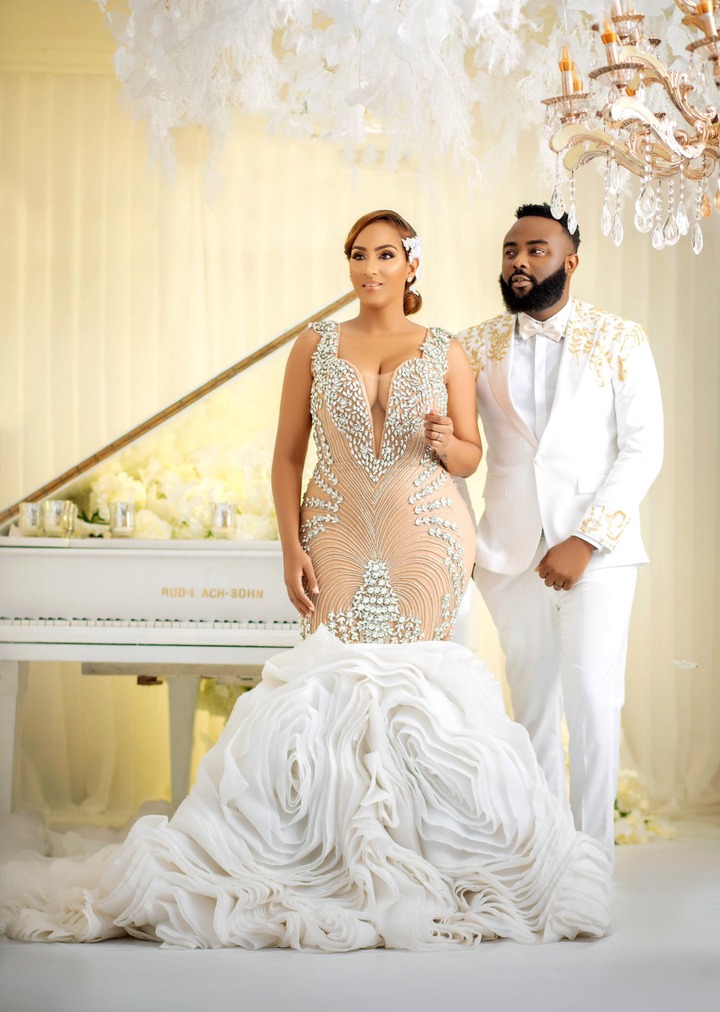 As usual, their fans took to the comment section to comment on the pictures. Most of them commended the two celebrities and wished they were married while others asked several questions in regard to what they saw. They were asking if it was a music video shoot or a scene of a movie. 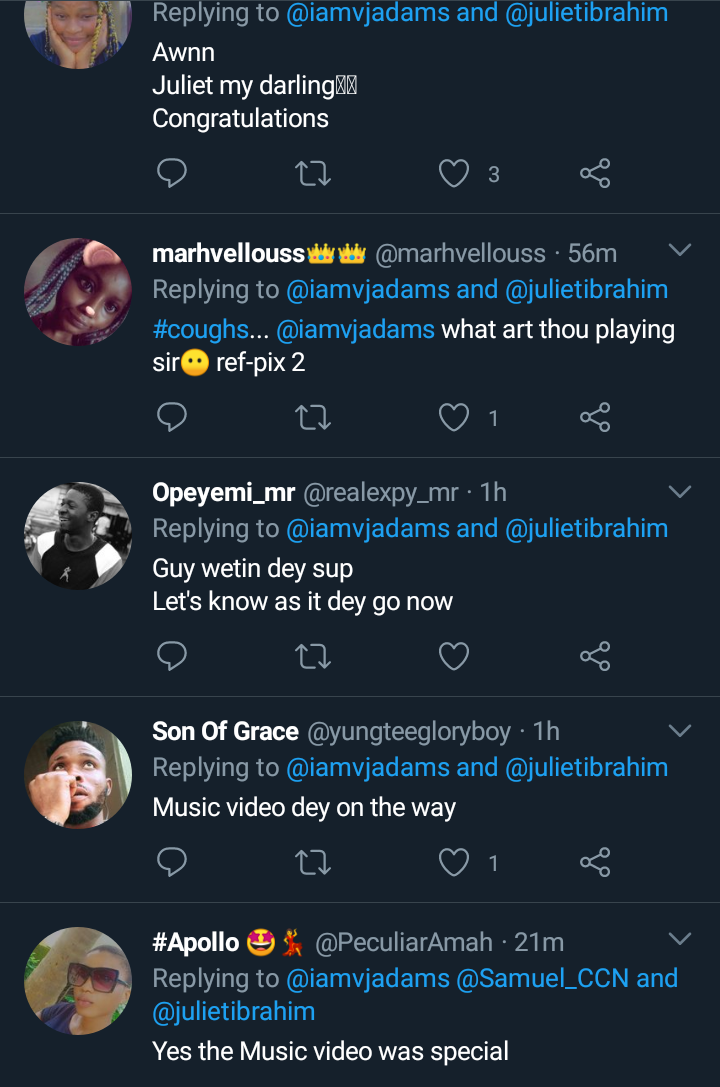 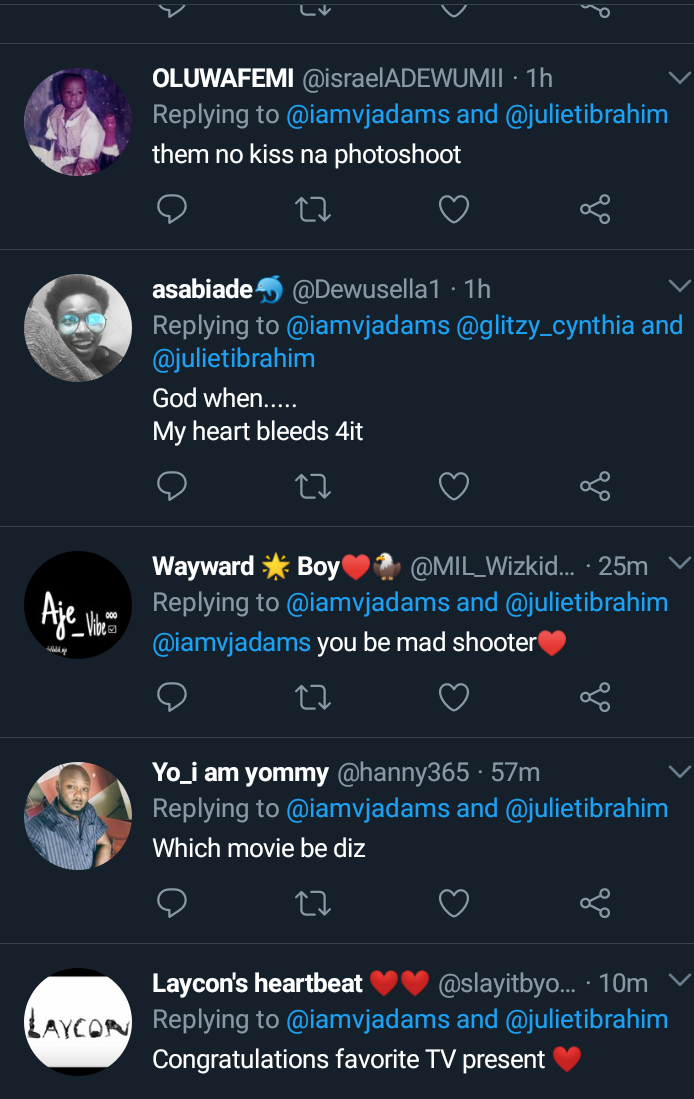 Also, When it comes to red carpet and showbiz in Nigeria, VJ Adams is definitely a personality to reckon with. He also has a very strong portfolio in the music industry having worked with great artists like Ice Prince, MI, Chidinmma, Reminisce,   Sound sultan and so many more. Vj Adams started his career in TV presenting after contesting in the 2008 next movie star show. After the show, he was made the lead presenter Excite on TV in 2009 until 2010 when he resigned. He has anchored several red carpet shows and entertainment events in Nigeria.

Juliet Ibrahim on the other hand is a Ghanaian actress, film producer, and singer of Lebanese, Ghanaian and Liberian descent. She won the Best Actress in a Leading Role award at the 2010 Ghana Movie Awards for her role in 4 Play. She has been referred to as the "Most Beautiful West African Woman" according to A-listers Magazine.

Juliet Ibrahim made her first acting debut in 2005 in the movie, Crime to Christ starring Majid Michael. Her first Nollywood movie was Yankee boys. Juliet has been featured in a good number of Nollywood and Ghollywood movies. She is one of the most beautiful and sexy African actresses. Some of the movies she was featured in are as follows; 30 Days in Atlanta, 4 Play, London Fever, shattered Romance, Crime to Christ.