By Supertee (self media writer) | 1 year ago 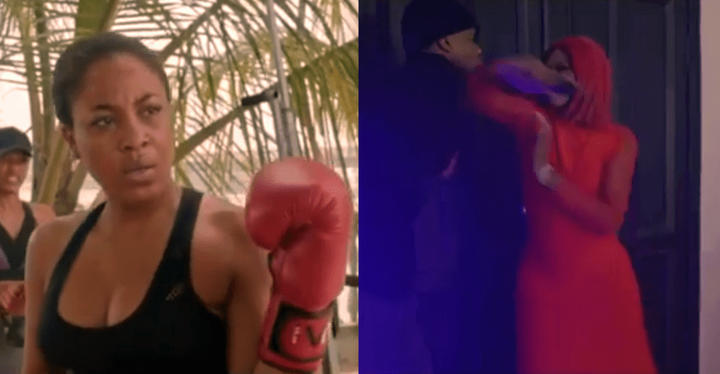 Do you know how hard it is to get unto the Big Brother Naija show? It is a show that is watched by millions of people around Nigeria and around the world, and it also currently holds the highest amount of money anybody can possibly win through a competition reality show in Nigeria. It is a game changer.

Every audition season, people gather from all around the nation in huge numbers all trying their luck at becoming the next Big Brother Naija winner, or at least Big Brother Naija star. Can you imagine going through that entire process, only to get into the house, amass a league of dedicated fans, and then get disqualified?

Well, that was the reality of actress and model Erica Nlewedim.

After getting on the show and building a sizable fanbase for herself, she got disqualified. However, after her disqualification, it wasn’t the end of the world for her. Since then, her brand has only kept on growing and now, she is set to show off once again what she has been spending the last couple of months working on.

Taking to her social media page, Erica shared a video along with a caption that has everybody happy and celebrating with her. Here’s what she said and here’s the clip. Are you ready? Then let’s go!

Years ago before Erica even got into the Big Brother Naija house, she did an interview with The Guardian magazine. In that magazine, Erica was asked what her dream was to which she said:

My dream role would be to be the main character in an action film. I have always loved female action stars like Angelina Jolie and Charlize Theron and dreamed of acting like them. I’m currently training myself to be ready whenever that role presents itself.

Well, you know what they say about the law of attraction – speak it into the universe and sometimes the universe delivers.

Erica took to her social media to post the teaser of her upcoming movie titled Devil in Agbada starring herself, Etinosa, Uche Jombo, Linda Osifo and more. Sharing the video, she wrote saying:

Let’s Tease you a bit shall we? Chinneylove Eze productions brings you the first Teaser of DEVIL IN AGBADA. We have been cooking this movie and we are excited to share a first glimpse into it...

Come July 2nd we are going to take you on a rollercoaster of emotions!

And then she posted the teaser:

After posting the teaser, people were quick to react to the video.

Trikytee, another housemate from her season, wrote saying:

Lovely. Star girl on the move.

Fans as well responded with their excitement saying comments like “Punch our necks queen”, “See my star actress”, and “Really can’t wait”.

The movie comes out on July 2nd. I’m very curious to watch.