2Baba Idibia Has Not Sued Me, He Lied To All Of Society - Singer Brymo

By IQbooster (self media writer) | 7 months ago

Olawale Ashimi, the popular Nigerian singer who is popularly known as Brymo, has revealed that he is yet to be sued by Innocent Idibia, aka 2baba. 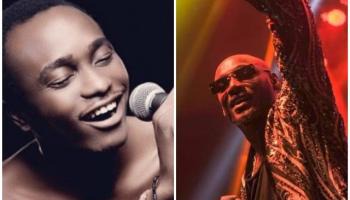 Brymo stated this in a post on Thursday via his official Twitter profile, claiming that he has yet to receive an official suit from 2baba or his representatives, as well as a summons to court.

He said, let it be known that he has not received any documentation indicating that he is being sued by Mr. Idibia or his handlers or lawyers, for that matter. The impunity with which he lied to all of society in the letter and public statement should rightly pose a setback.

This comes after 2baba threatened Brymo with a N1billion lawsuit if he didn't retract and apologize for his statement within 48 hours, according to his lawyers. Brymo had accused 2baba of the alleged assault in a series of tweets, claiming to have proof.

It's been a week since Brymo verified receipt of the letter, but 2baba's lawyers have taken no action.