"Do You Think I'm Joking?, If You Have A Girlfriend, Let Me Stop This Marriage"- Pastor Tells Groom

By Goodluckvlog (self media writer) | 2 years ago 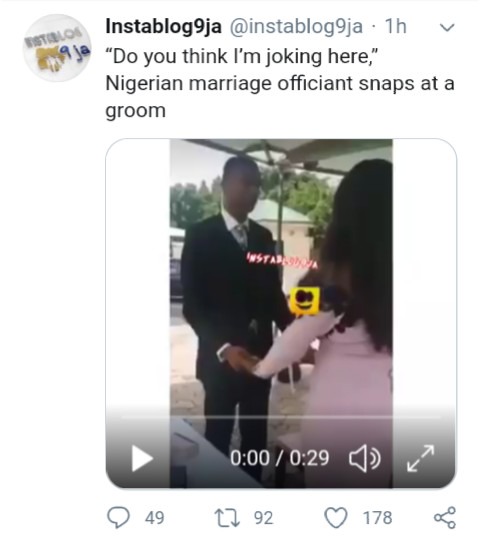 A video have been making waves on social media and a lot of Nigerians are talking about it,It was also reported that this happened recently.

In the video I would show you below,A bride and a groom were about to tie the knot as they were taking their vows in front of the lord and the pastor present.The pastor was asking the groom to repeat marriage vows every groom is supposed to say in front of his wife but something hilarious later happened,the pastor asked the groom to say that "he would drop every woman",The groom said it and seconds later,the pastor asked him to say "he would drop all his girlfriends",The groom bursted into laughter in front of his wife and the pastor,it was strange because the wife was smiling also. 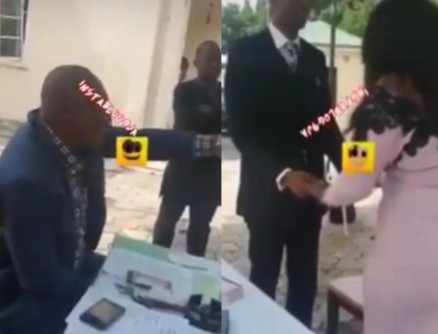 The pastor later lashed out on him and asked the groom if he thought his was playing?,He also said that if he has girlfriends,he should say it so that he would end the marriage.

Watch the video below 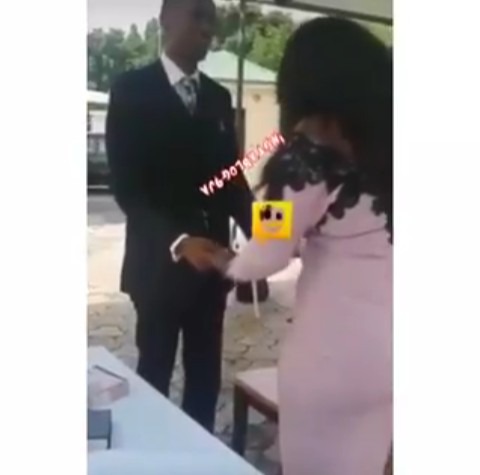 After the pastor rebuked him for laughing,he later repeated the vow stating that he would drop all his girlfriends.

Nigerians have been reacting to the video,check out reactions Nigerians think he was forced to make promises he can't keep.