By oomoyele (self media writer) | 2 years ago 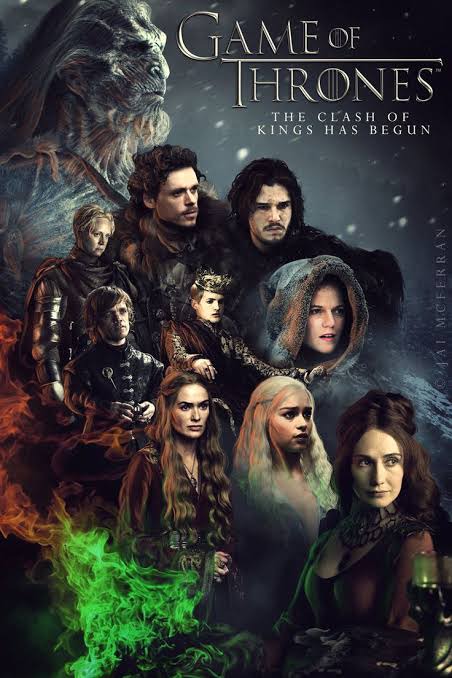 The reason for season 8 being terrible compared to the other seasons is mainly because of the writing. Most of Game of Thrones is based off of GRR Martin’s books. He also wrote most of the seasons. But his books aren’t finished yet. He still has to write many more. And all of the content in his current books have already been written in the show series. Mainly the first 5 seasons. Seasons 6, 7, & 8 consists mostly of material NOT found in the books. Especially season 8. Season 7 as well, which is why many don’t like it that much. Personally, to me season 6 was one the best seasons, and season 7 was the 2nd worst compared to season 8. So season 8 is pretty bad because it’s not written by GRR Martin.

Oh, and David Benioff and D.B. Weiss, the writers, rushed season 8, just like they did with season 7. They have to go write some Star Wars movie, I think. One of the biggest reasons for the failure of season 8 is because it’s rushed. I think that if D&D wrote 10 episodes instead of just 6, it could have potentially saved the season. Here’s why.

There are many things in season 8 that many fans are upset about. Daenerys going mad, Jon becoming a man of the night’s watch again, Arya basically doing nothing during the Final War, Bran becoming king, etc. Many of these should have been avoided completely. Others are actually great ideas and could’ve advanced the plot, but the way they were executed was horrible, as well as not being developed long enough to be believable.

Take Daenerys going mad, for example. I actually am in favour of this (sorry Daenerys fans). I think it’s brilliant to show Daenerys ultimately becoming like her late father, the mad king, maybe even mirroring what he went through Daenerys to show what made him go insane. But as intriguing as this storyline is, it just wasn’t believable enough.

Come on. Daenerys is fine one day and the next day she’s killing thousands of innocent people? I don’t buy it. D&D tried to show her “slowly go mad”. Seeing her most trusted advisor Missendei beheaded right in front of her by Cersei was one of them. Having Jon’s true heritage revealed to her was another. One made her enraged, the other made her feel threatened. Both make it convincing that she wants the iron throne more than ever. But not at all enough convincing to show that she went mad. A mere 4 episodes before her mass murder spree is not enough. If the season was 10 episodes, long enough to develop the growing insanity inside her, paired with MUCH better writing, maybe D&D would have successfully carried about that plot.

Same with Bran. Contrary to popular opinion, I liked that he became king. But this is based on many prophecies, stories, and clues that were explored in depth in the books and previous seasons. Season 8 did a horrible job of executing his storyline (as did season 7). Which is why many people were left scratching their heads thinking: “Bran? What in the world did he do to deserve to be king?”

Another major reason why season 8 was so bad was because of the extremely poor character and plot development (bad writing again). Let’s look at some examples:

Arya: spent like 4 or more seasons training to be a faceless assassin. Didn’t kill any major characters. Yes Walder Frey and Ser Meryn were big ones that we were all happy about. But come on. All that training to use it on like 2 guys? Yes Arya killed the Night King, but in all honesty, there was nothing significant about the way she killed him. Yes it was obviously a very hard move to pull off but many other characters could have done that. It had nothing to do with her faceless training. Same with the Final War. She literally did nothing. I was waiting for her to kill Cersei with Jamie’s face. All she did was run for her life with the rest of the people of King’s Landing and pet a white horse.

Jon: Died and got resurrected. Didn’t do anything that would’ve answered the question “why?” since then. During the Long Night he just fought like everyone else. He didn’t kill the Night King. He didn’t really do anything that nobody else was doing. Then came the revelation of his true heritage. For what? All he got for that was a legitimate last name and a jealous aunt/lover. Oh, and a very serious claim to the iron throne that didn’t really work out.

Other character storylines that made no sense or were deeply disappointing were Jamie, Cersei, Greyworm, and even Tyrion.

In conclusion, poor writing, rushed episodes, and lack of material from the books is what made season 8 the worst season in Game of Thrones history.

Content created and supplied by: oomoyele (via Opera News )