"What of Davido?" See what fans are saying as Wizkid and Burna bag Grammy nominations (screenshots) 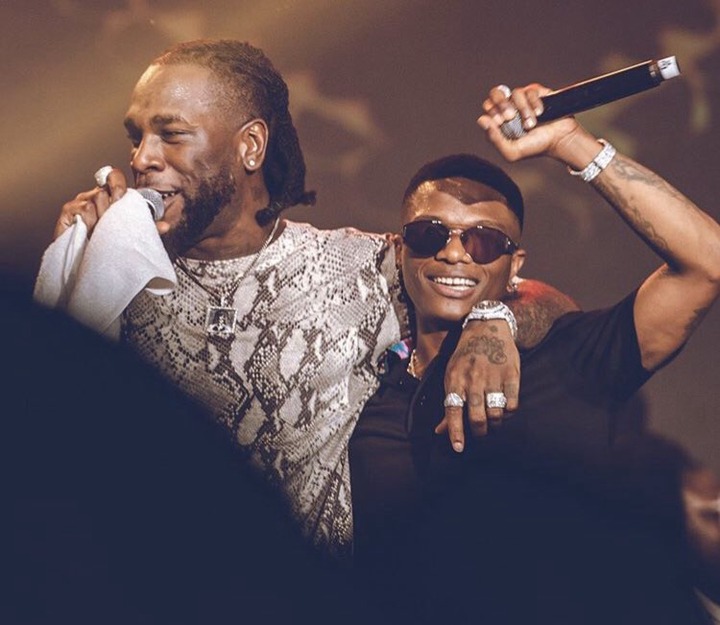 The nomination list for the 63rd Grammy award anniversary is out and two of Nigerian biggest musicians, Wizkid and Burna boy made the list making it the 2nd time both of them will be nominated for the prestigious award. Burna boy who was nominated in the "World music album" category last year lost the award to renowned African female musician, Angelique Kidjo. He got nominated again this year making 2 nominations consecutively. This time, he was nominated in the newly created category "Best Global Music Album" for his album, "Twice as tall" which was released in August, 2020. 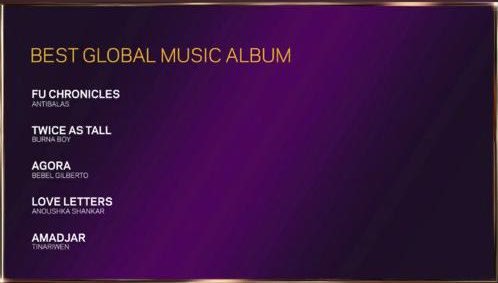 Wizkid was also nominated alongside Beyoncé and Saint Jhn for the category of "Best Music Video" courtesy of the hit single "Brown skin girl". 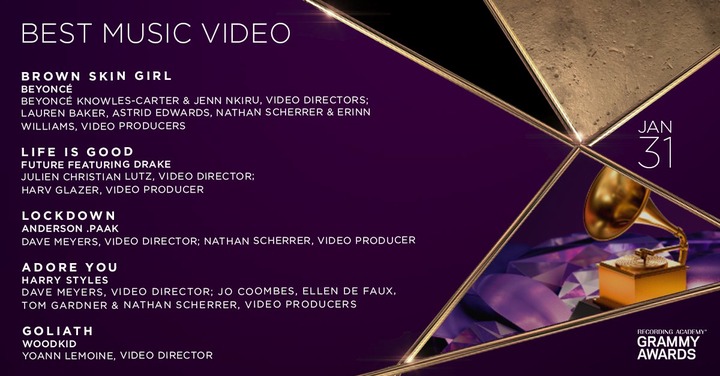 See screenshots of some reactions of fans below: 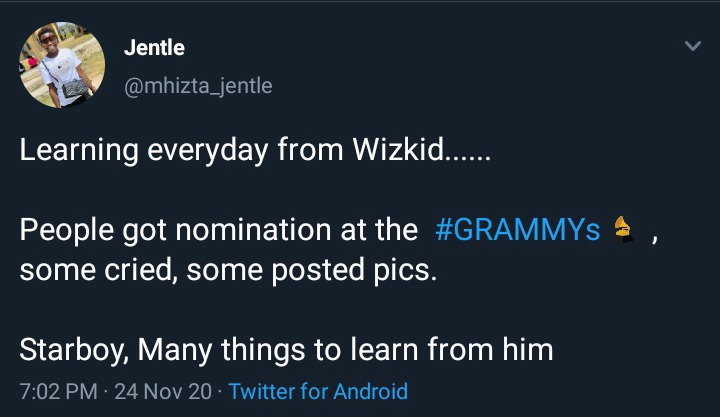 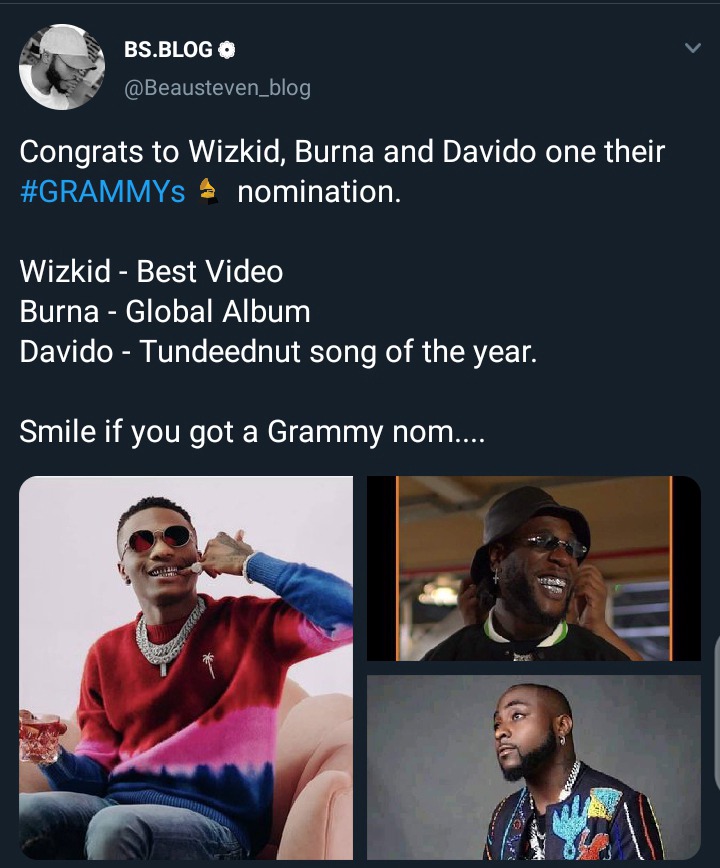 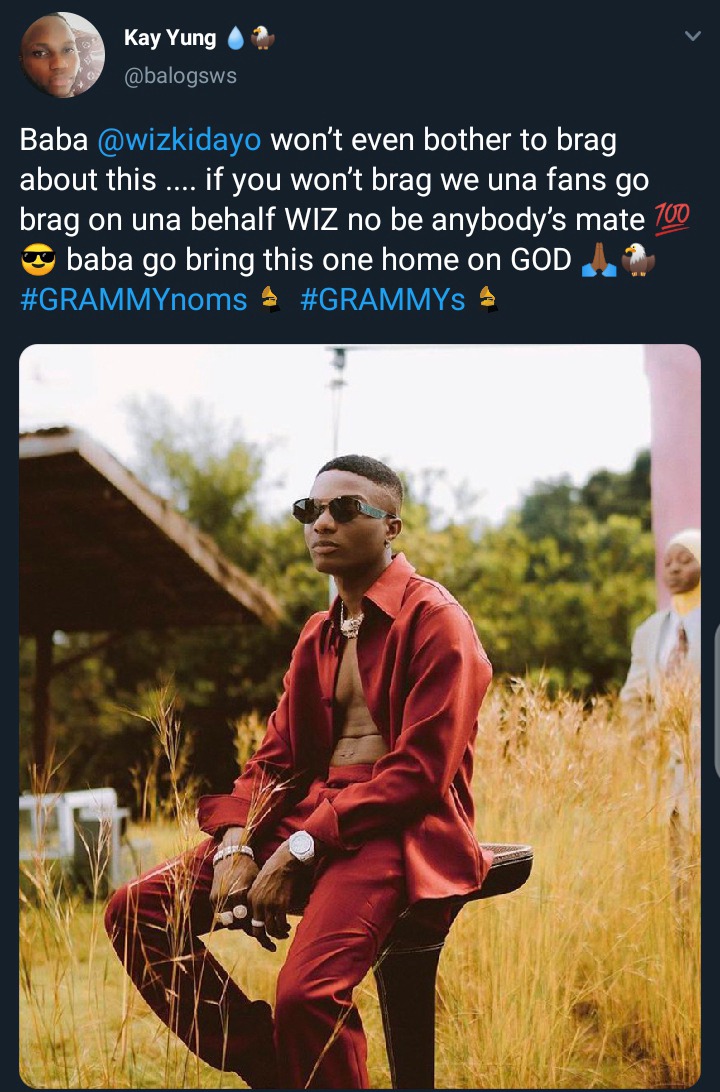 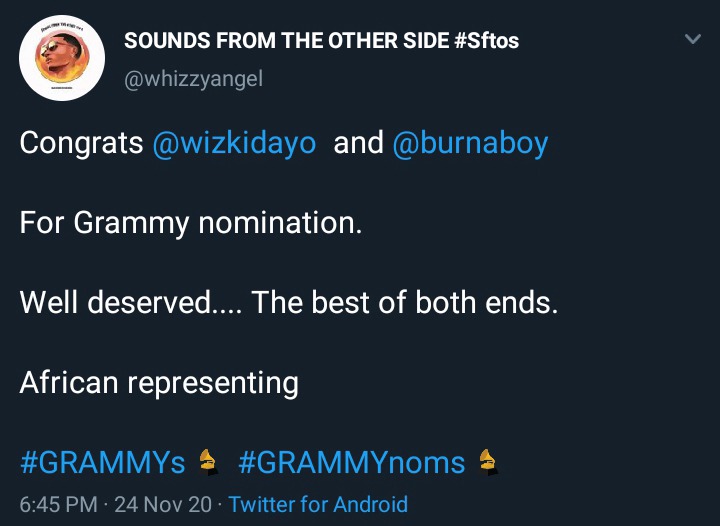 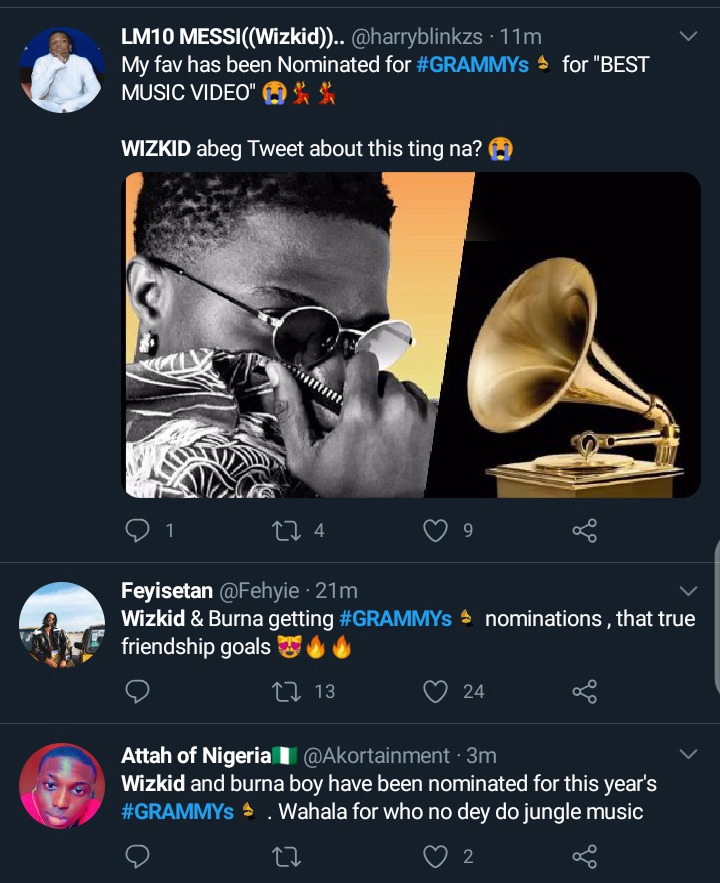 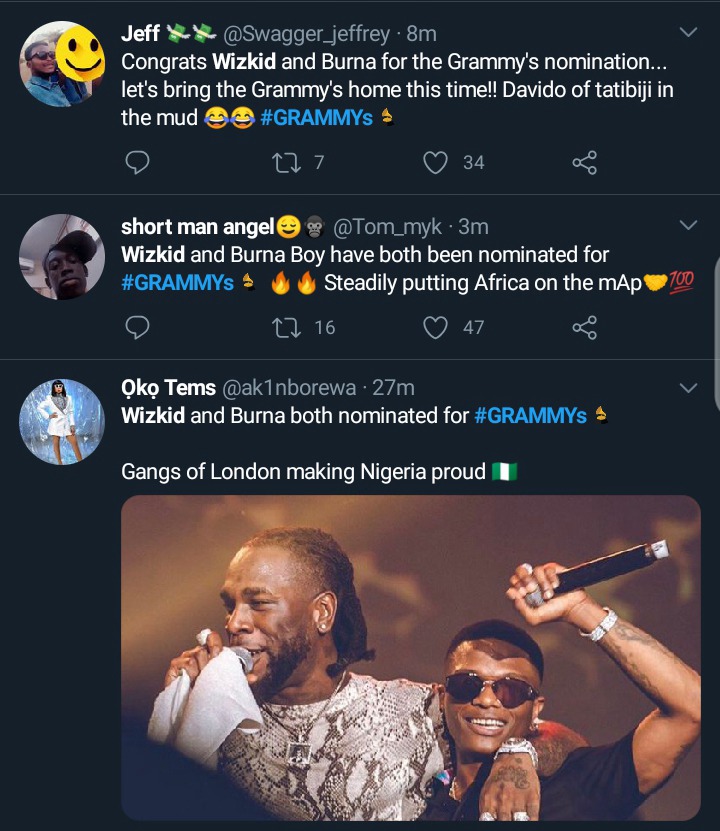 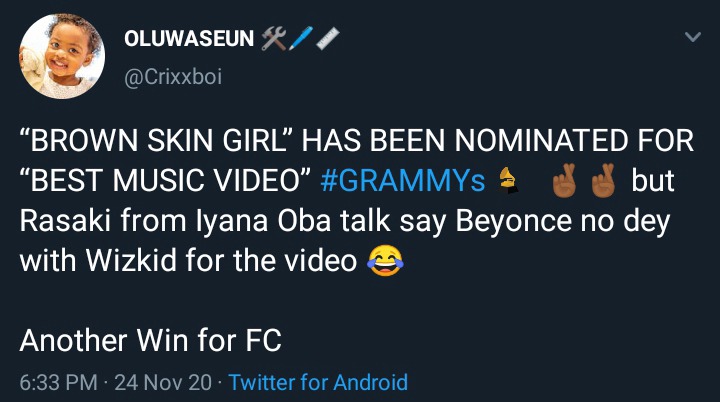 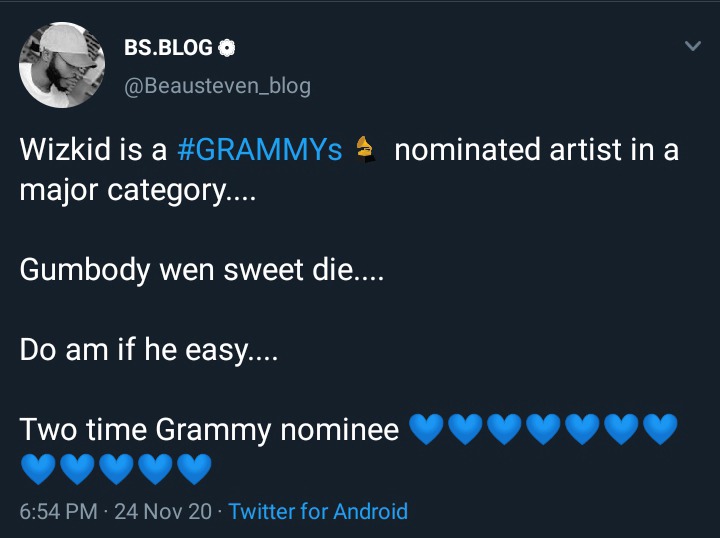 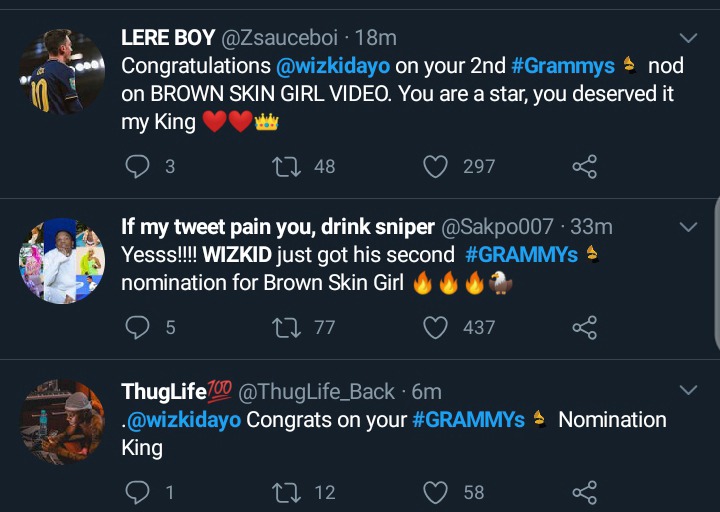 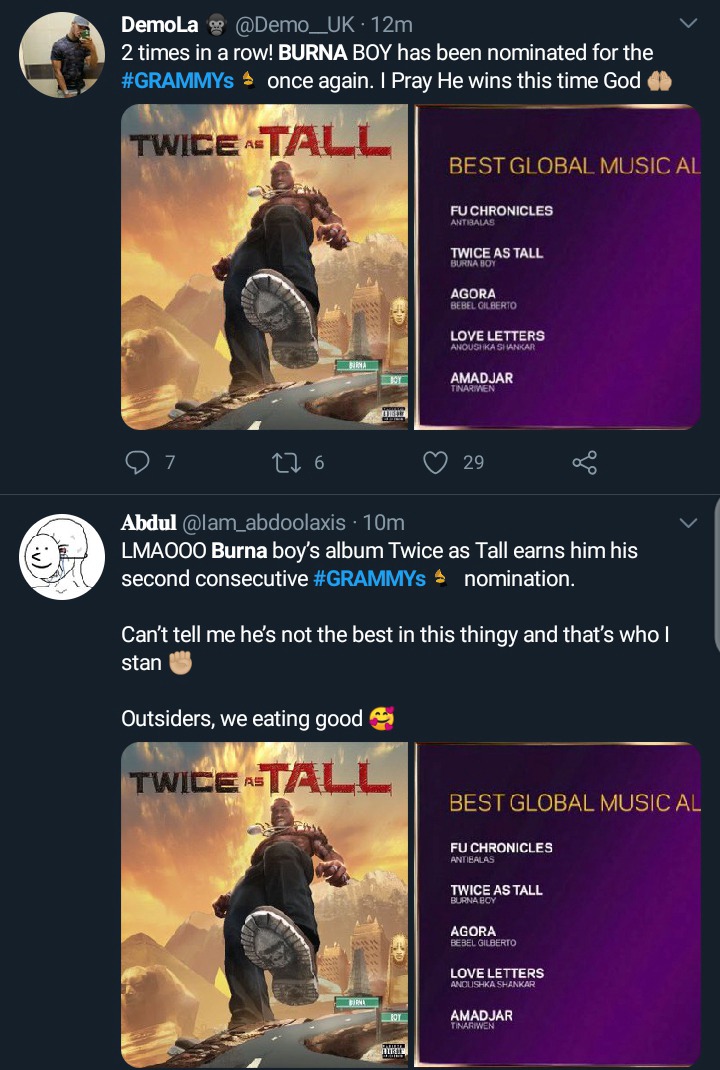 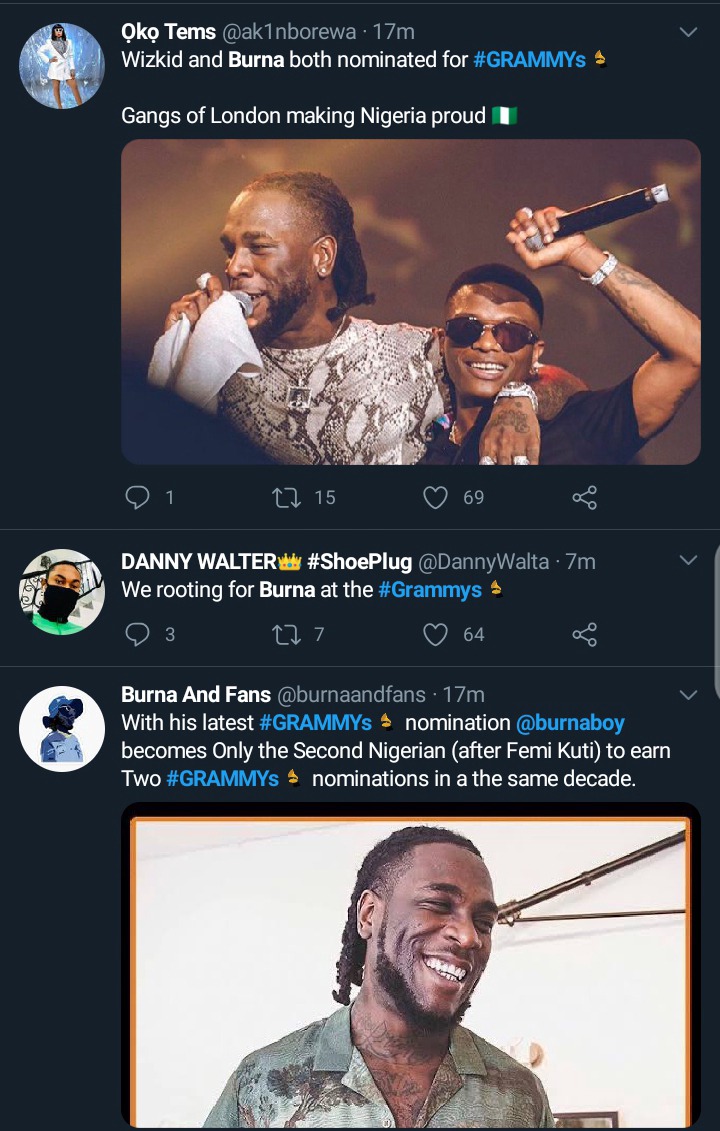 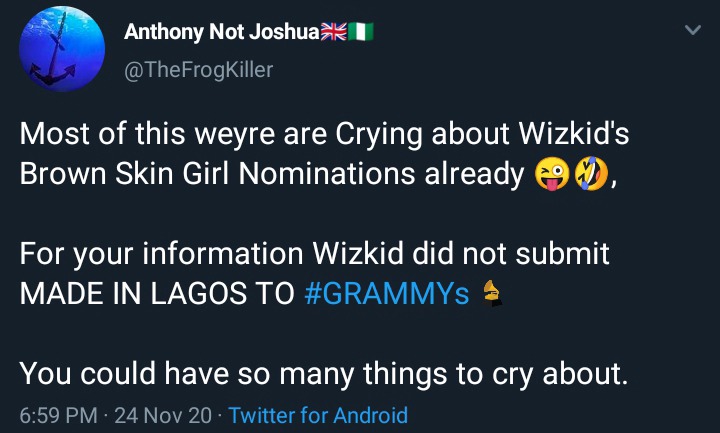 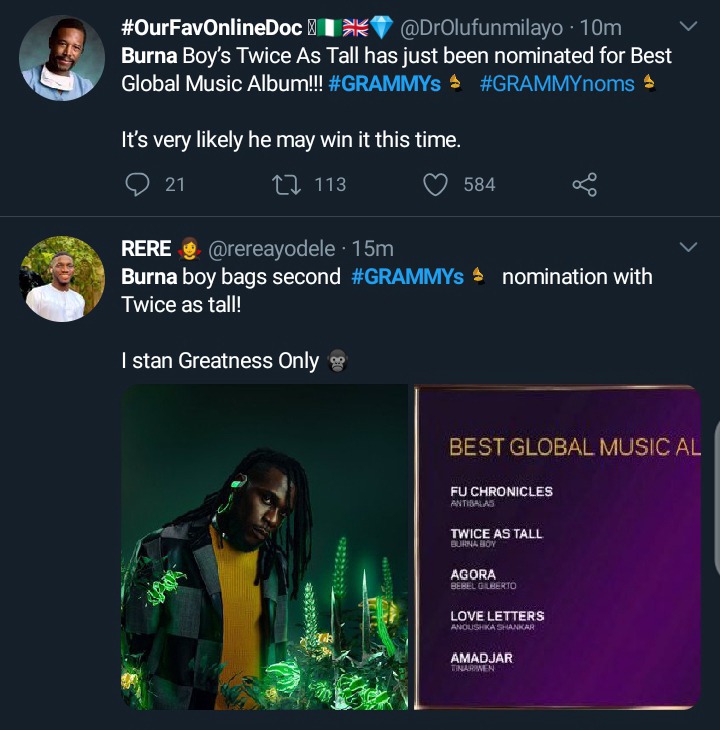 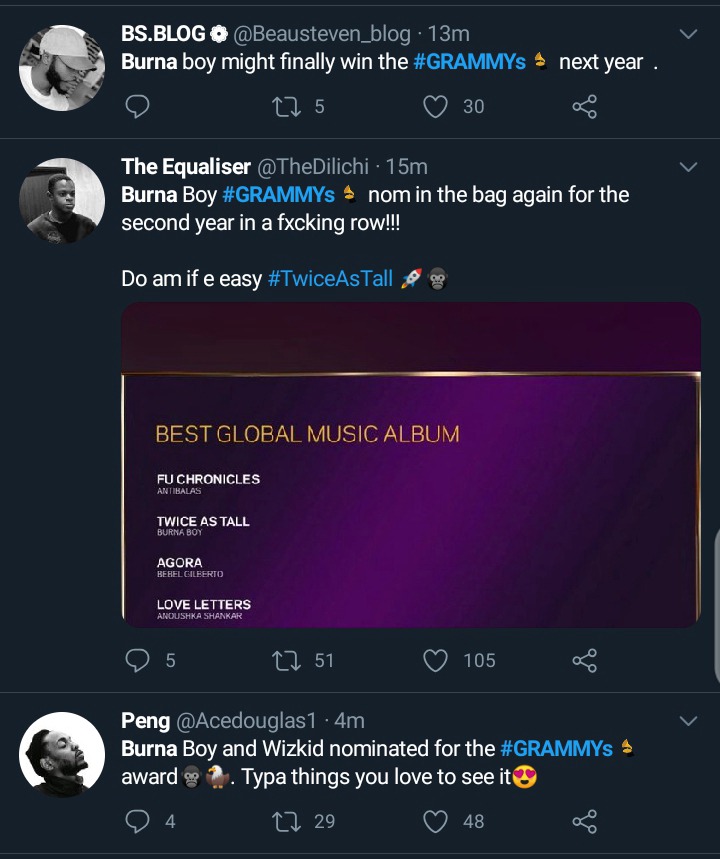 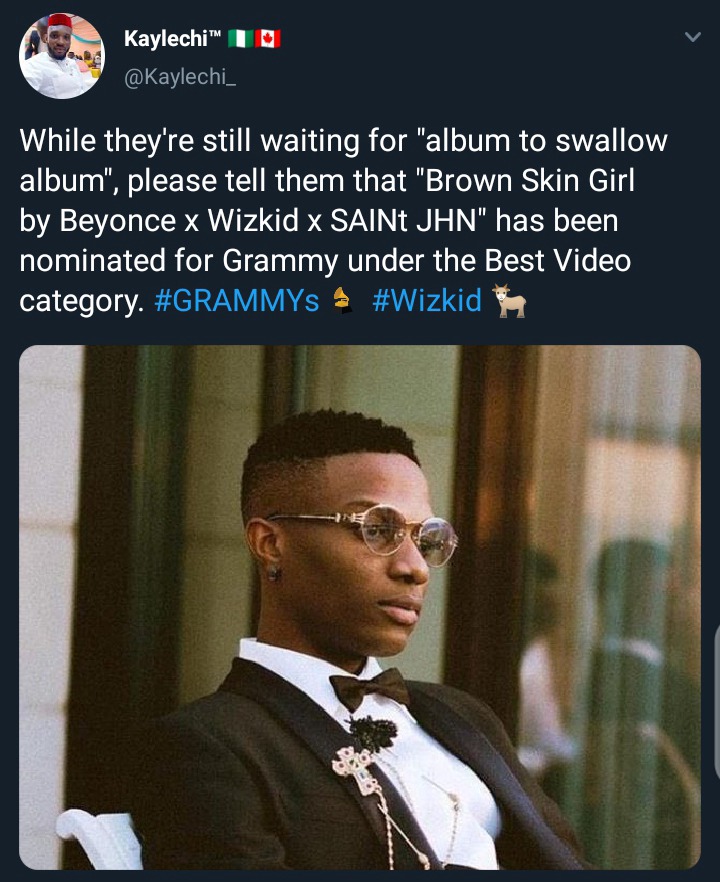 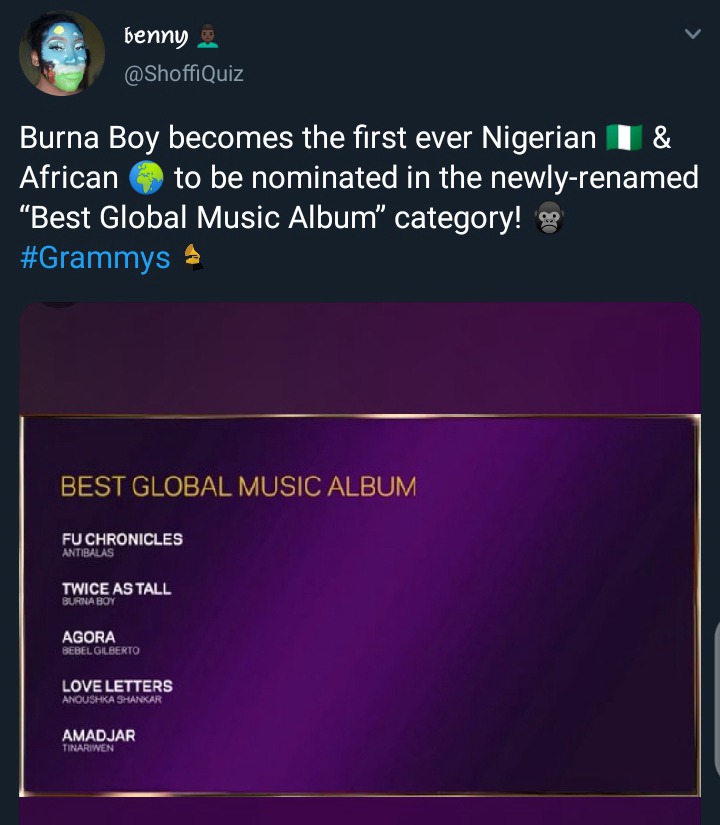 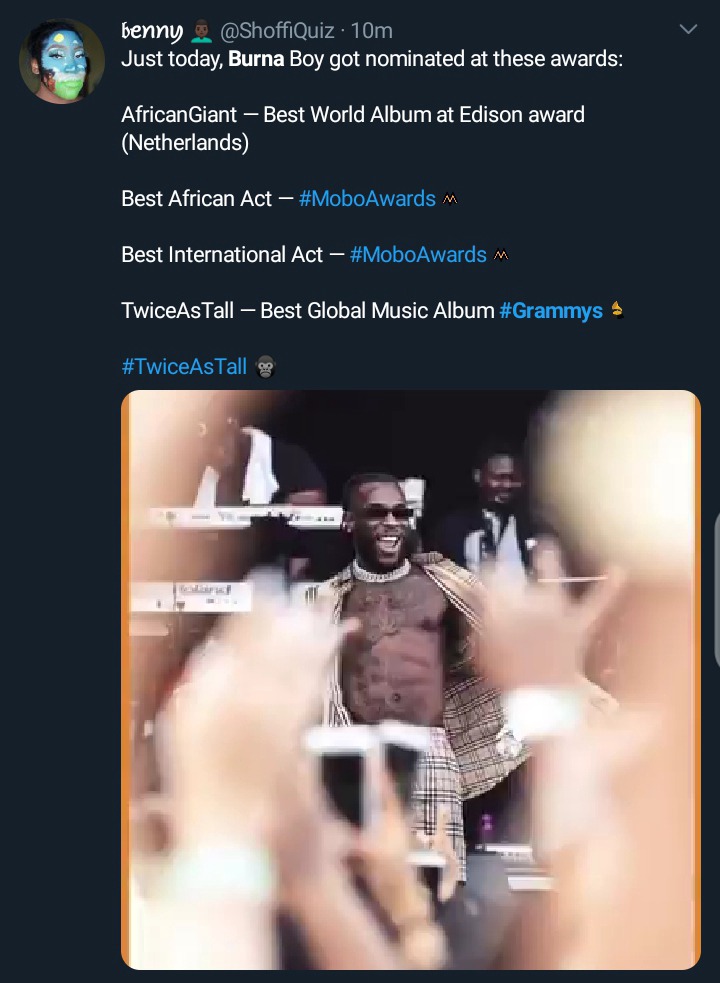 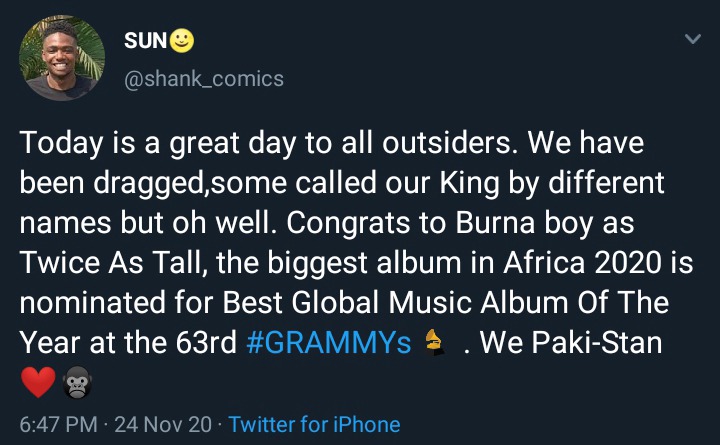