By Swiftinfo (self media writer) | 6 months ago

Veteran Nollywood actor, Richard Mofe-Damijo who marked his 60th birthday on July 6, 2021, has taken to his official Instagram account to share a lovely picture of himself and his beautiful wife, Jumobi Adegbesan on his birthday night. 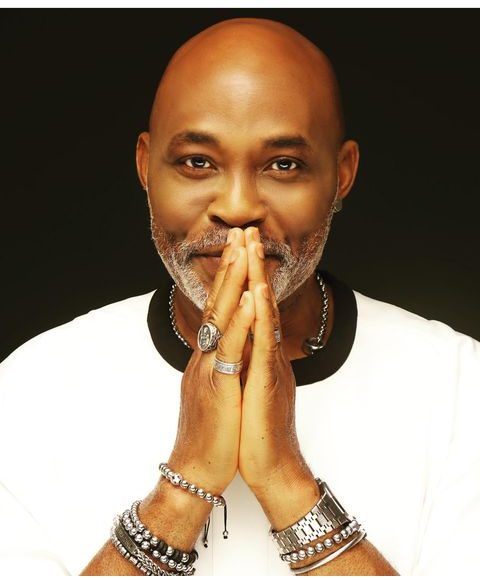 RMD said of all the pictures taking on the night he marked his 60th birthday, this one got him most.

The picture was taken the moment RMD's son was speaking about him on stage and he was moved by the son's speech and started shedding tears and his beautiful wife, Jumobi Adegbesan did the needful by being there to wipe his tears.

Below is the picture shared by RMD and what he wrote about the picture. 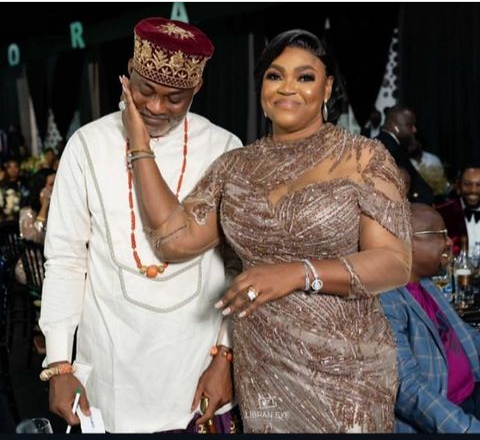 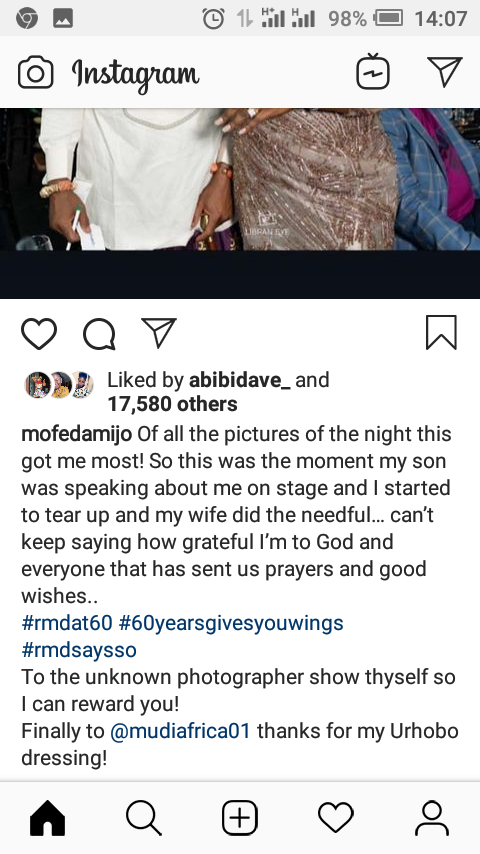 Below are reactions by RMD's followers on Instagram about the lovely birthday picture he shared. 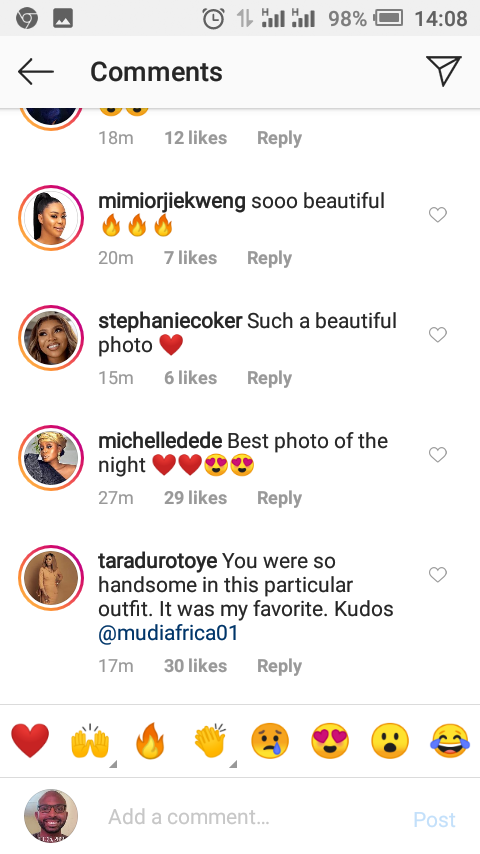 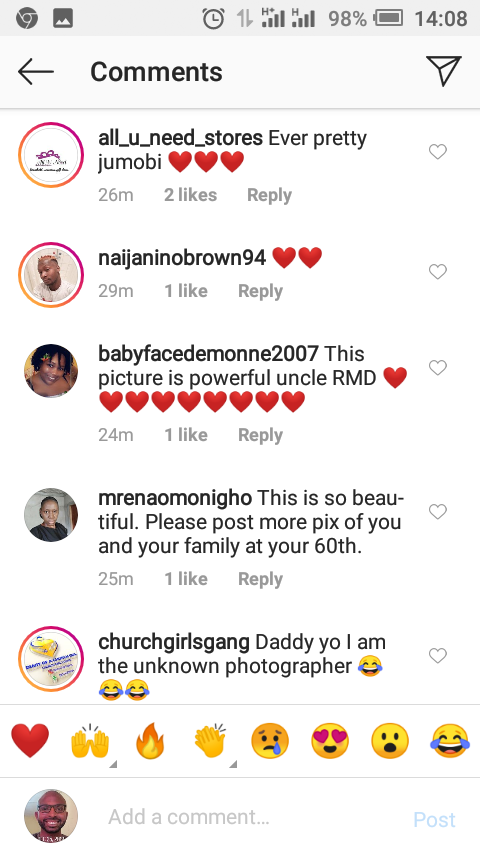 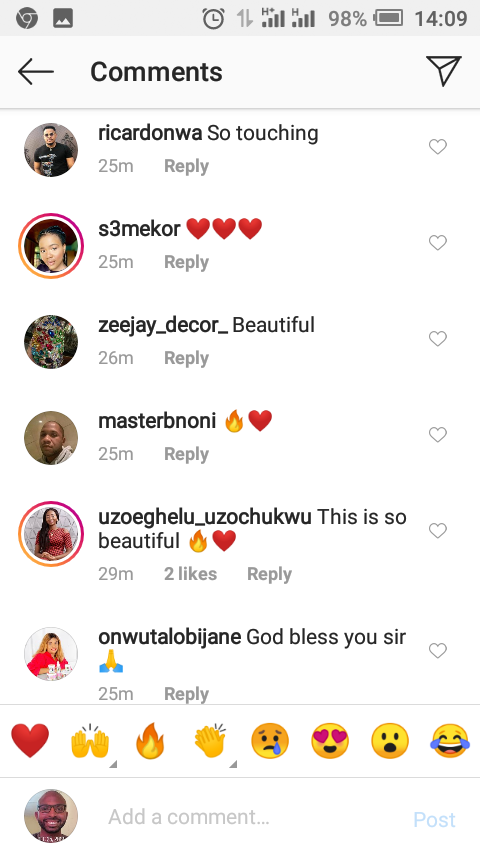 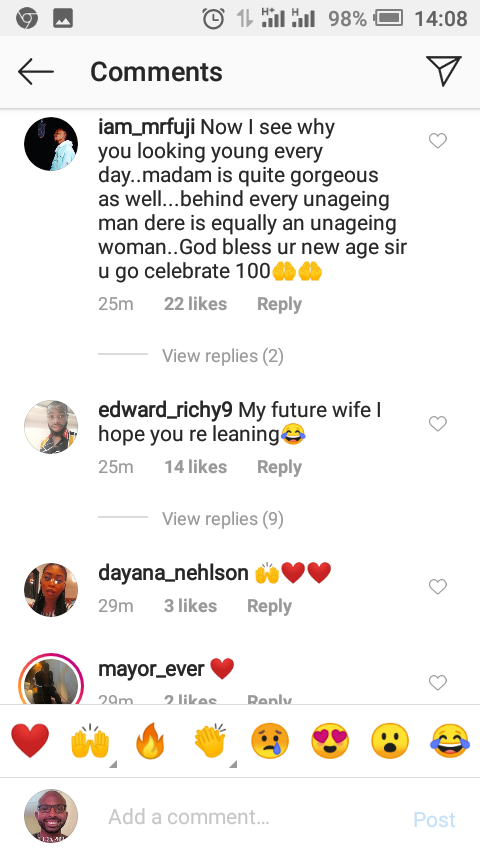 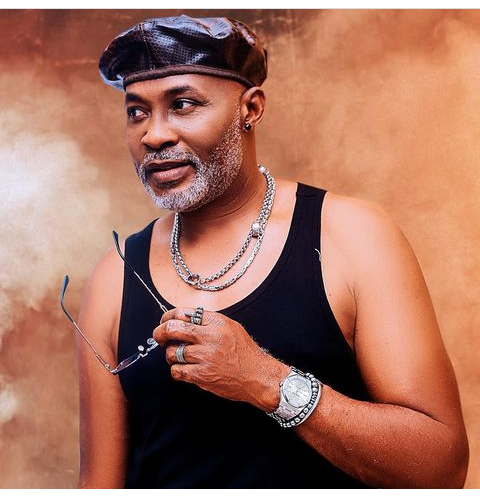 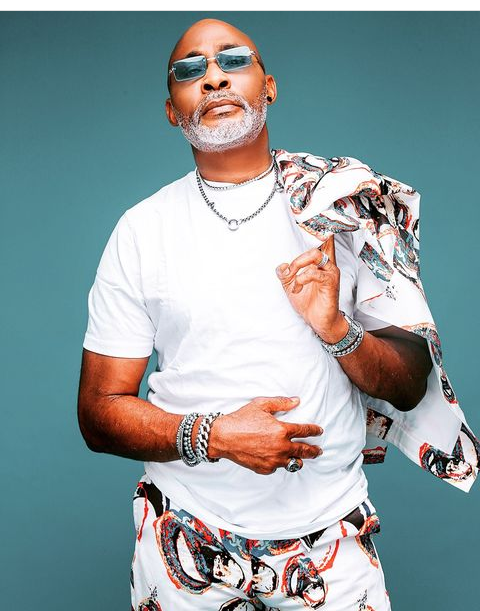 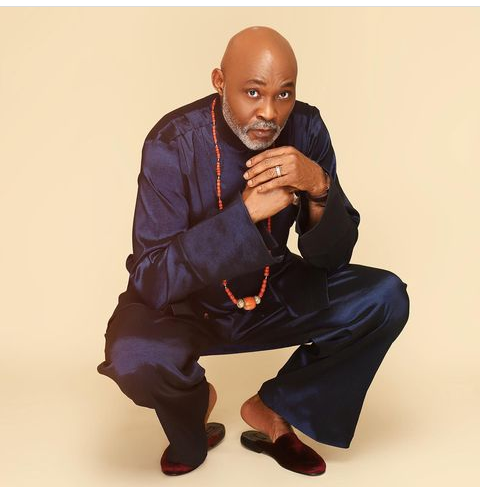 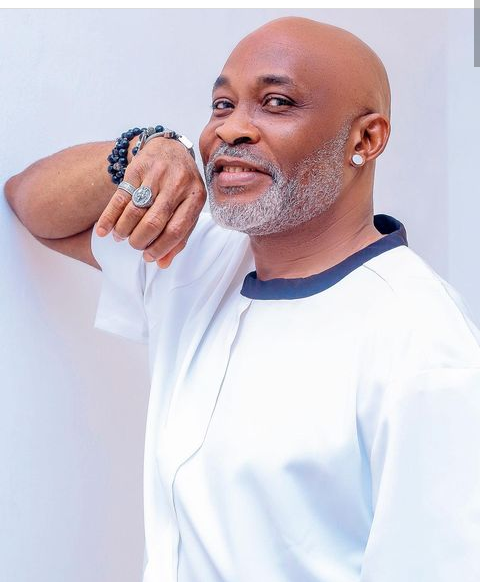 Richard Eyimofe Evans Mofe-Damijo, popularly known as RMD is a Nigerian actor, producer, writer and a lawyer. Born on July 6, 1961 in Aladja. He is a former Commissioner for Culture and Tourism in Delta State. In 2005 he won the Africa Movie Academy Award for Best Actor in a leading role. He also received a Lifetime Achievement Award at the 12th Africa Movie Academy Awards in 2016.

RMD is currently married to Jumobi Adegbesan, a former tv presenter at AIT. He married Jumobi in the year 2000 after the death of his first wife, May Ellen Ezekiel, who kissed the world goodbye in 1996.

Content created and supplied by: Swiftinfo (via Opera News )