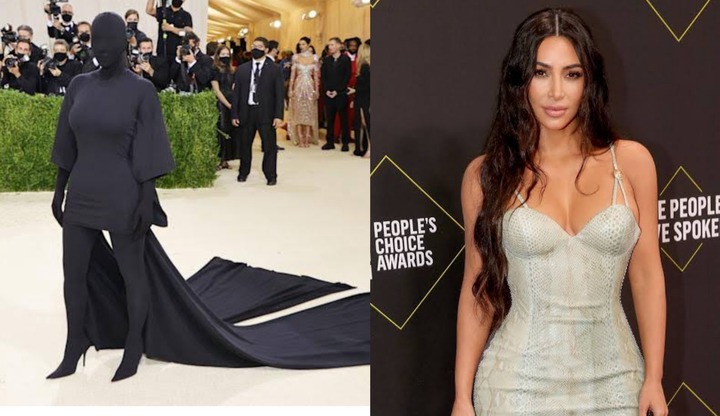 The Met Gala truly wouldn't be the Met Gala without some of the most jaw dropping, talked about and of course memed fashion of the entire year. With that said, Kim Kardashian hit the red carpet in full force on Sunday night, donning a black skin-tight Balenciaga bodysuit and cape that covered her entire body including her face and head.

Fans might recall that this outfit echoed a similar Balenciaga bodysuit Kim wore in support of her estranged husband Kanye West during his second Donda listening party. While Kanye didn't attend the Met Gala alongside Kim, a source revealed before the party that his presence will be felt on the carpet.

It was also Kanye who introduced Kim to demna and was instrumental in the newly formed relationship between her and Balenciaga. This didn't stop Twitter from having a field day with the Harry Potter and Sims memes. But among the laughter was utter confusion as many couldn't quite pin the relationship between her outfit and the theme of the star-studded event which happened to be America a Lexicon of Fashion.

Some fans took it amongst themselves to try to figure out what Kim's outfit represented. 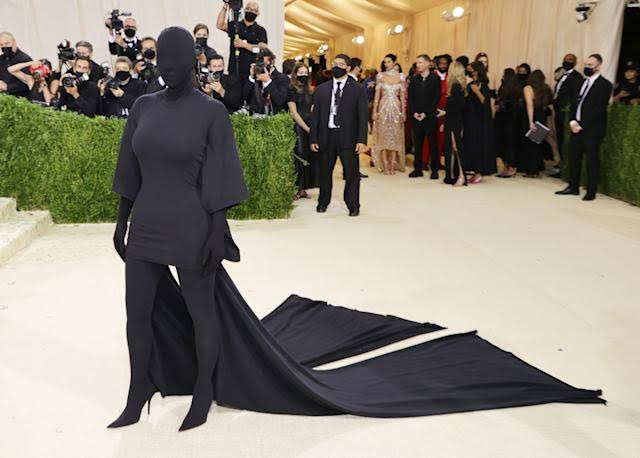 The more fans thought about it, the more they actually felt as though her outfit was perfectly in line with the theme. But after letting it sink in for a few days, Kim herself has officially shared her thoughts on the matter and we may actually be more confused now than ever before.

Read: VMAs most dramatic moments throughout the years.

She took to Instagram on Tuesday to relive the magic of the Met with a sequence of photos from the getting ready stage to her red carpet debut with a caption reading: "what's more American than a t-shirt head to toe?"

Is anyone else more confused or does that actually make sense? Well, a source confirmed that the intention of Kim's mysterious look marked a new subculture and fashion statement with no logos, no face, but everyone knows it's her. The insider also revealed that this is also essentially an ota as he gave her the courage to push creativity and people's imagination through art, with this new age look being the ultimate confidence.

We can't argue with that one as there are truly no two people who could pull off this look without question other than the West clan.