Why October 6 Was Declared As ‘Wizkid Day’ In Minnesota, USA By Former Governor Mark Dayton

Many people must have heard that a whole day in a particular U.S. state was proclaimed as ‘Wizkid Day’ by the Governor. Some may wonder if this claim is true or false while others may be curious to know the actual reason behind it. Was October 6 declared as ‘Wizkid Day’ in Minnesota? If so, why was Wizkid honored in such way? 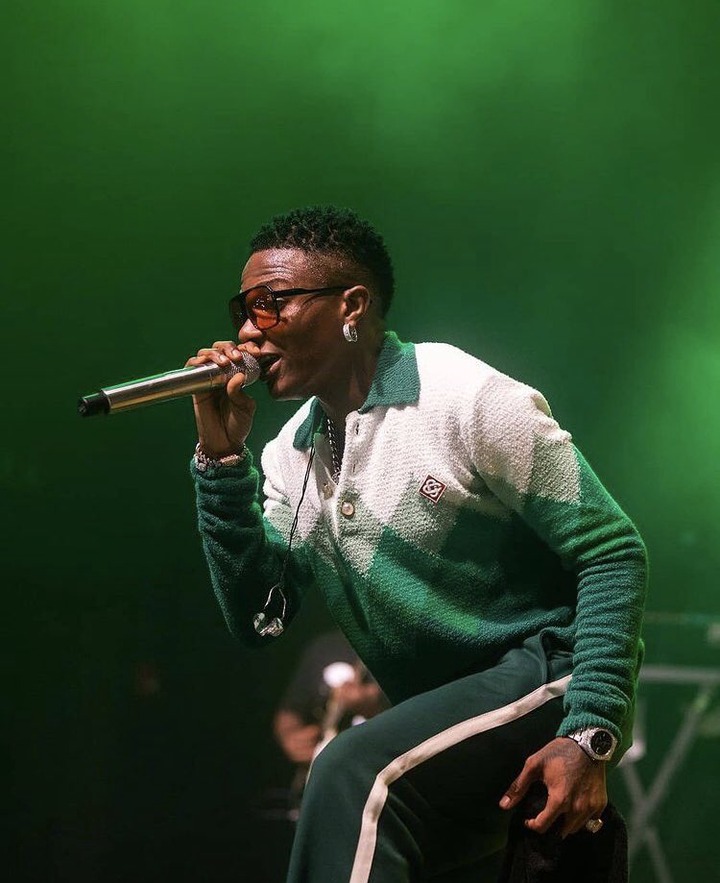 Ayodeji Ibrahim Balogun, professionally known as Wizkid was born in Surulere, Nigeria on July 16, 1990 but he became a ‘global citizen’ in the year 2016 after he made a global hit with Drake. Drake and Wizkid made a song titled ‘One Dance’ which later became a hit globally.

In that same year, Wizkid became the first ever indigenous Nigerian musician to hit the number one spot on the popular U.S singles chart. Two years after he set this record, Wizkid again made history as the first African artist to ever grace the runaway for the international fashion brand; Dolce and Gabana.

Wizkid achieved multiple feats internationally which made him one of Nigeria’s greatest exports in recent times. On the 26th of September, 2018, the then incumbent executive Governor of Minnesota, Mark Brandt Dayton proclaimed Saturday, October 6 as Wizkid Day. 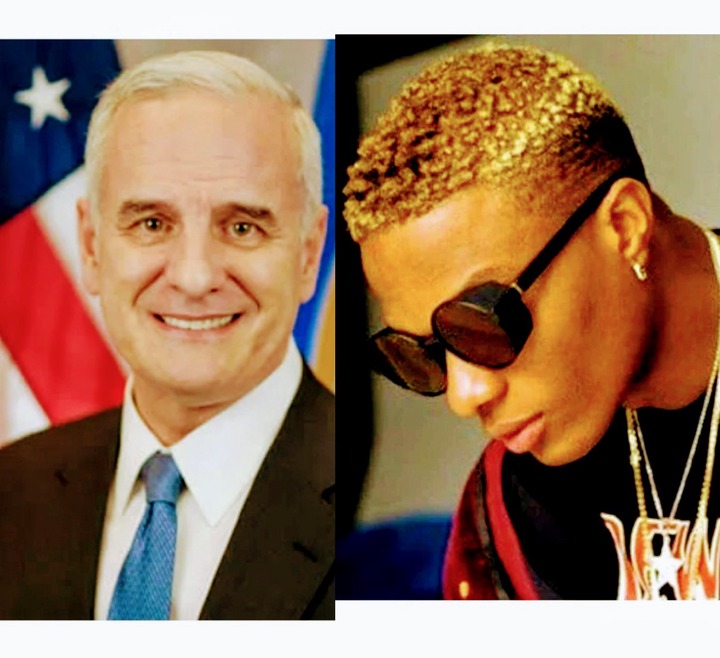 Former Governor Mark Dayton on the left side of the frame and Wizkid on the right.

The major reason behind the proclamation is because Wizkid became the first African Artiste to ever sell out Skyway Theatre, in Minneapolis, Minnesota. In the proclamation that was released, many other historic feats that Wizkid has attained were cited. Hence, the honor was bestowed on him by the Governor of Minnesota, in celebration of his historic achievements.

The former Governor, Mark Dayton described Wizkid as one of the most influential artists. The Governor added in the proclamation that ‘On Sunday, October 6, 2018, thousands of Minnesotans will gather at Skyway Theatre in Minneapolis to see Wizkid perform and hopefully help him make history as the first African Artiste to sell out the venue…’

The Proclamation released by the former Governor 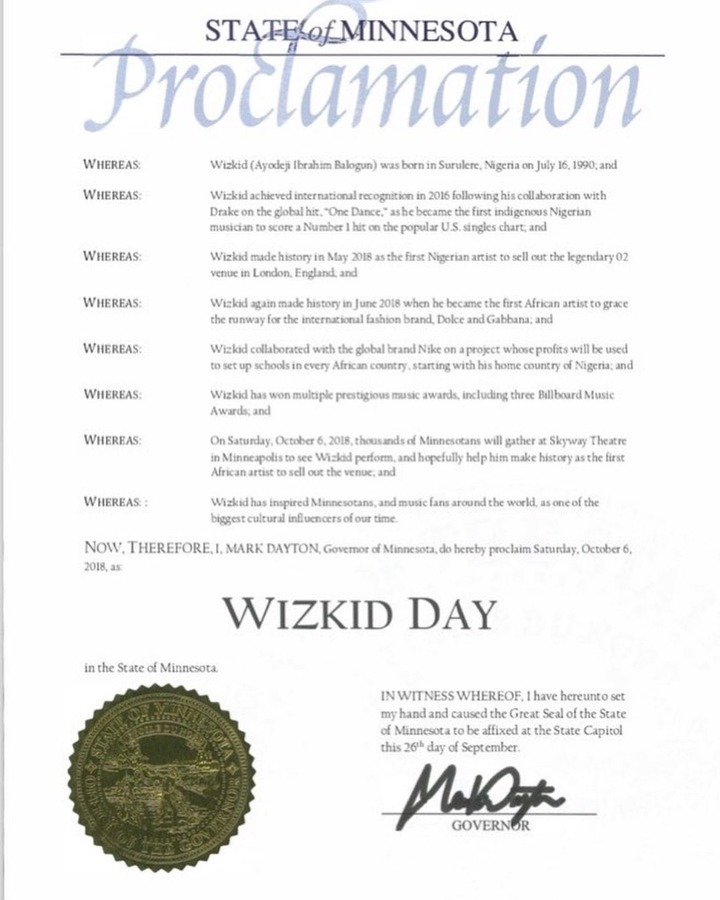 “Wizkid has inspire Minnesotans and music fans around the world as one of the biggest cultural influencers of our time. Now, therefore, I Mark Dayton, Governor of Minnesota, do hereby proclaim Sunday, October 6 as Wizkid Day”.

Ever since the honor was bestowed on Wizkid, October 6 has been widely celebrated as World Wizkid Day.