By www.kosofepost.com (self media writer) | 1 year ago

When you are in a position of authority, you must be careful of the company you keep; like your aides, wives, psychopaths, all-weather friends, contractors, and bootlickers.

Most of them are only interested in what they will gain from you. They are your friends just because of your office, not your image.

When Mallam Abba Kyari and Isa Funtua were alive, the number of youths that were following President Buhari on Twitter were more than 8 million, myself inclusive. They were always packaging him. But today, his followers are less than four thousand.

He has become so unpopular that if he should contest any elections tomorrow, under free and fair circumstances, a local government chairman from my village will defeat him.

What went wrong? Bad advisers, bad people, people who called both Late Isa Funtua and Mallam Abba Kyari names. They called them cabals. However, today, we can see the difference.

Youths went out to pour out their anger, Buhari's handlers sent for businessmen and women. They invited wizkid, Davido, Naira Marley, and bankers.

Who told Buhari that these people are stakeholders?

They are just capitalists feeding on innocent people.

Who can Emefiele talk to? Emefiele inherited CBN when the dollar was less than N200. We all know the price of the dollar today.

Is Emefiele a successful banker? I doubt it.

Then Naira Marley and Co. These are just musicians that are using their talent to eat. Most of their songs are not adding value to our society. They need mentoring. Their way of life is not the best for a country that is aspiring to become progressive among the other nations on the continent.

Maybe President Buhari doesn't know that the youths don't see these people as role models but as entertainers, they need to relieve themselves of distress.

Before the emergence of these boys, we had Late Michael Jackson, Madonna, and Co in the US and they were so popular all over the world. The Youths listened to their music. Hope Buhari's handlers will be magnanimous enough to invite them to Nigeria for consultation.

During the Second Republic, former President Shehu Shagari had his people all over Nigeria, the chairman of his party was on ground, his friends like Late MKO Abiola and Aare Arisekola were men of the people.

They fed and clothed millions of people in their region. So, for them, talking to the masses was simple because the masses were their friends. Their gates were opened to both locals and the educated.

The masses trusted them. They knew them very well.

Can the same be said for our bankers?

How many people know where Emefiele, Tony Elumelu, and Dangote live. The bankers and their business partners are just capitalists feeding on our COT and message alerts.

The public sees them as part of the problem than the solution. 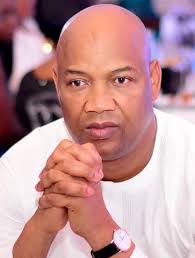 While Arisekola, Abiola, and others gave back to the down-trodden, our so-called bankers add more burden to the average peoples' problem. They deducted their widow's mite without considering the account holder's living condition.

Nigeria has the most terrible banking system in the world when it comes to illegal deductions from innocent people's accounts.

Like me and my friends discussed last week, Nigerians will shine their eyes one day and come after these shylocks like SARS operatives.

But before then, I pray that Allah will perfect all imperfections in the lives of all Nigerians and guide our leaders to have good advisers and committed aides.