By DēēxTinyMke (self media writer) | 2 years ago 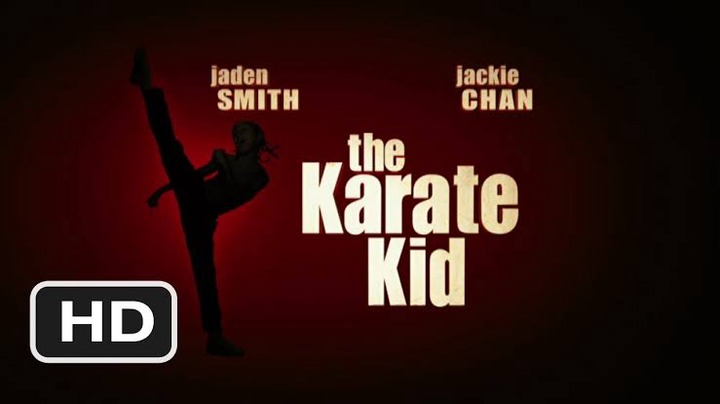 Good day ladies and gentlemen, in this article I'll be showing you twelve(12) weird and interesting moments in the karate kid movie.

The karate kid movie was stared by our favorite child-star actor, Jaden Smith, this movie was filmed in the year 2010 from China. From the movie, I believe we all noted that Jackie Chan was one of the character that stared in the movie, Jackie was Jaden's teacher who was teaching Jaden Smith karate moves and kicks in the movie.

Below are some photos from the movie and what were behind them. In the picture above, Jackie Chan had an injury in his right hand after he showed Jaden Smith a karate move he wanted him to do next. Meanwhile, he ended up injuring his palm. In the picture above, Jackie Chan was held by the two karate kids when they were about releasing a punch on his face so that he don't fall to the ground. 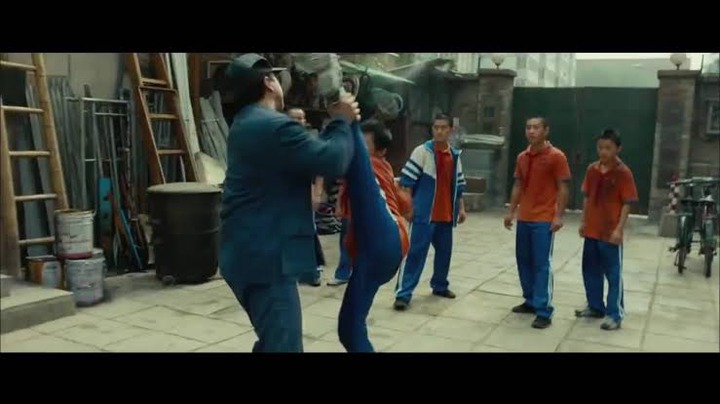 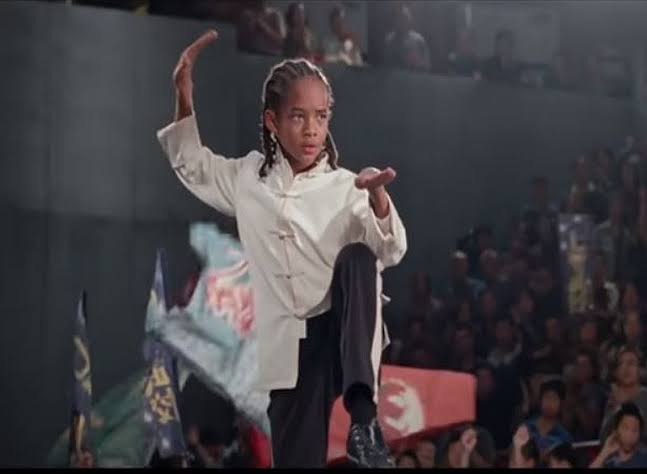 In this picture their was a table under Jaden Smith's feet due to the fact that he couldn't stand upright taking this position. Before this movie scene was filmed, Jaden was said to have practiced this move for over 76 times. In this scene, Jaden wasn't doing the push ups, he was actually raising his head up and down, because muscles were not enough to lift him up to the chair's hight.

In this scene, while Jaden was practicing this move he was singing the karate kid theme song. 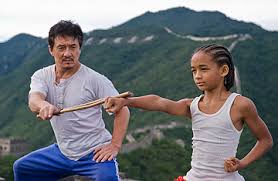 In the picture above, Jaden Smith's hand was actually shaking after a long time of taking that position, so Jackie Chan had to keep him balance by placing the wood on his hand.

Jaden Smith was carrying afro as his hair style before the movie, meanwhile he made his hair few days to the movie. It took Jaden Smith a month and 2weeks to master this move before the movie was filmed. While Jaden was trying to run and escape from his attackers, he missed his legs and fell so badly. This was the best he was able to do in the real scene.

Content created and supplied by: DēēxTinyMke (via Opera News )