My Ex-Boyfriend Is Threatening To Expose My Nude Photos - Tonto Dikeh Reveals in an Interview.

By EzeGreat (self media writer) | 4 months ago

Popular Nigerian actress, businesswoman, and Instagram influencer Tonto Dikeh in an interview with Daily Trust newspaper has revealed that her ex-boyfriend Prince Kpokpogri has some of her private photos and is threatening her with it.

Below is a photo of the news: 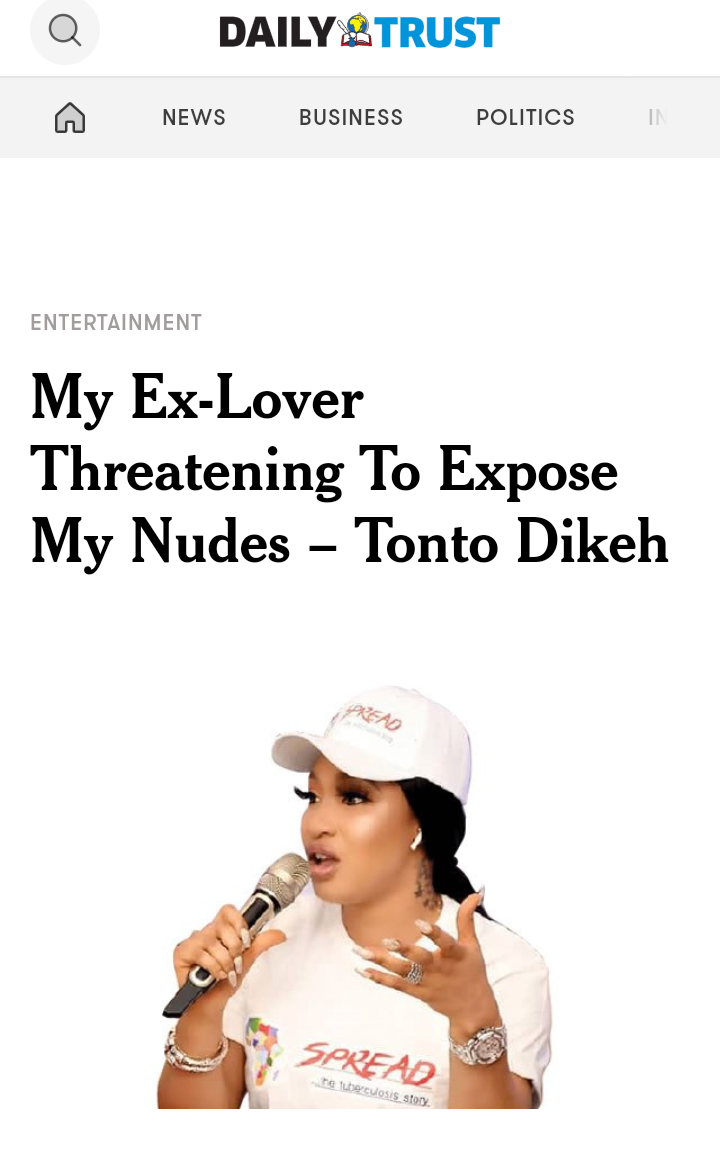 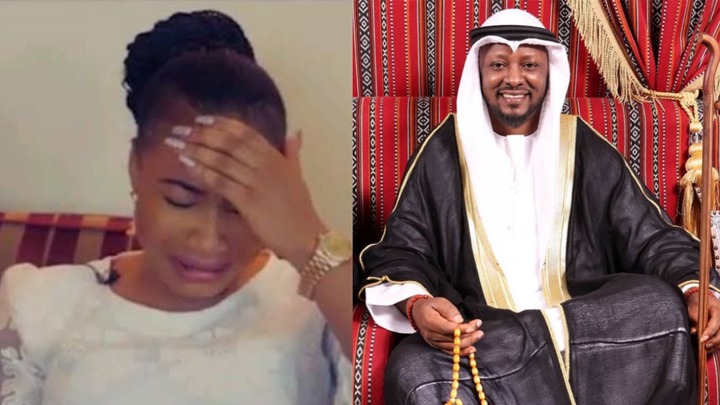 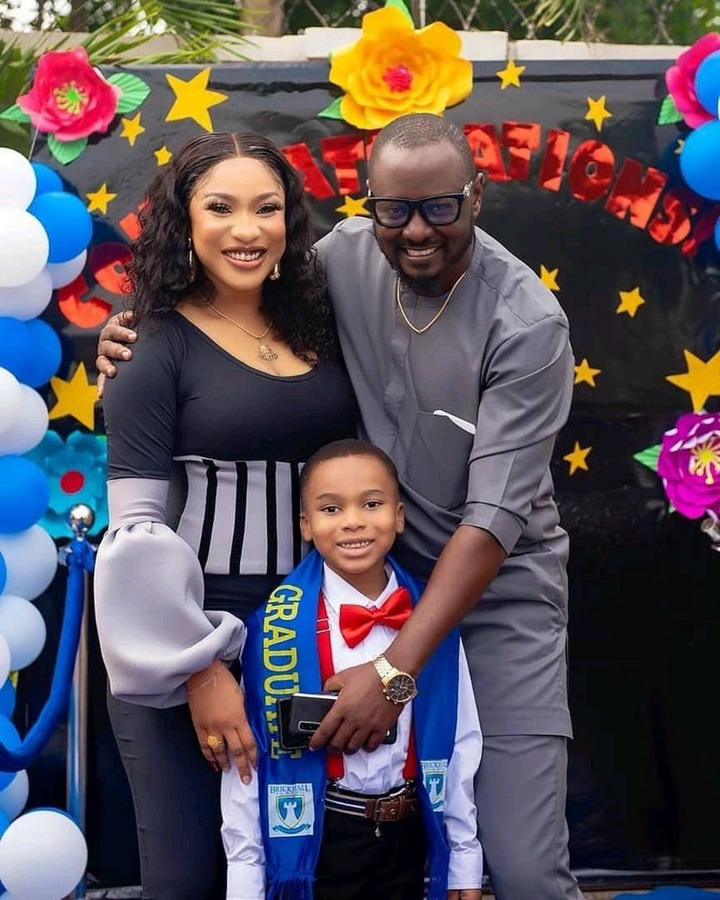 However, their relationship had only lasted a few months before they broke up, Tonto revealed in her interview, that she had given her ex-boyfriend eight million naira in August when he threatened to release her private photos.

Below are some of the reactions generated: 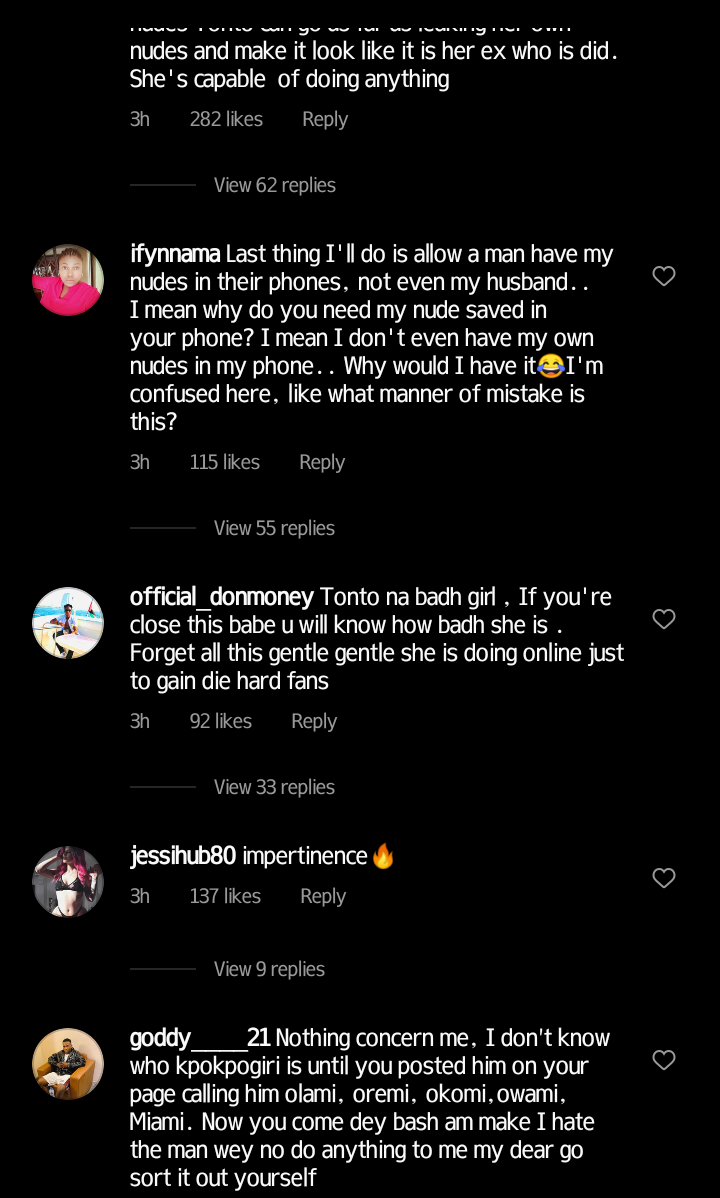 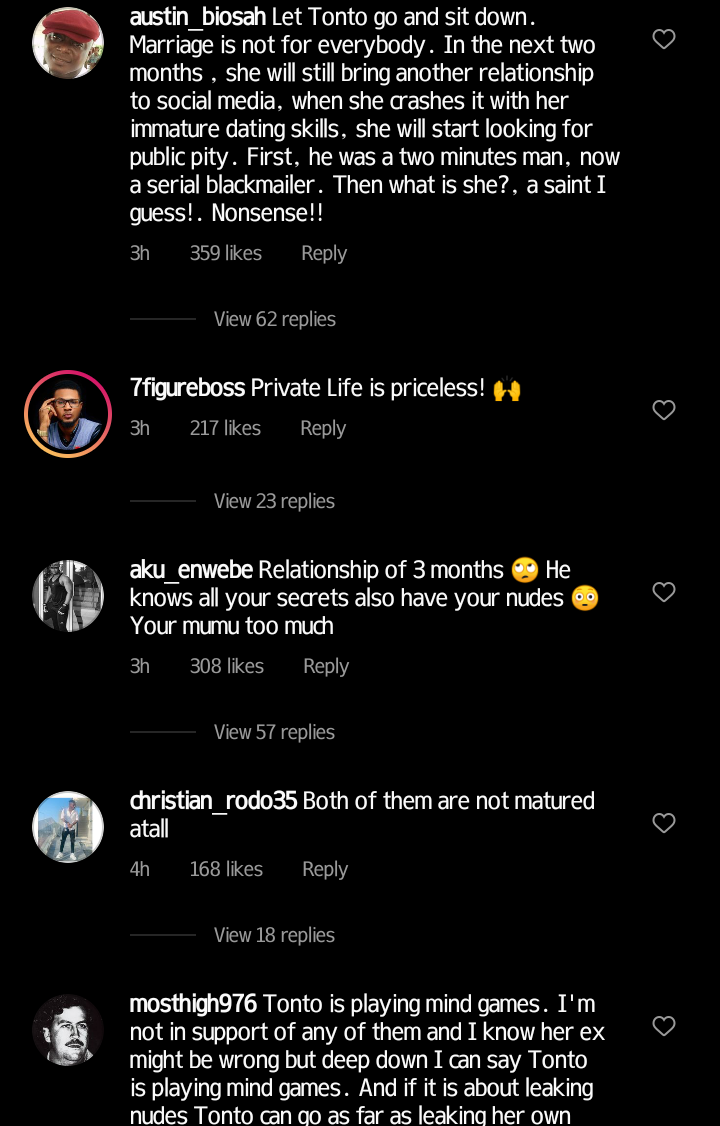 She called on the appropriate authorities to look into the matter and bring Prince Kpokpogro to book. Her interview was carried and disseminated by several media outlets where her fans and followers aired their opinions.

Content created and supplied by: EzeGreat (via Opera News )