By Femfirst (self meida writer) | 8 days

The husband of Nollywood actress Toyin Abraham who's known as Kolawole Ajewole have been called out by fans, the talented Nollywood actor has come under heavy criticism for wearing a Muslim outfit called Hijab. And he has really been castigated for doing such. Kolawole who took to his Instagram page to announce his new movie alongside a photo of himself wearing Hijab, a dressing which many Nigerians aren't comfortable with as they blasted him for wearing an outfit which literally belongs to a Muslim lady. 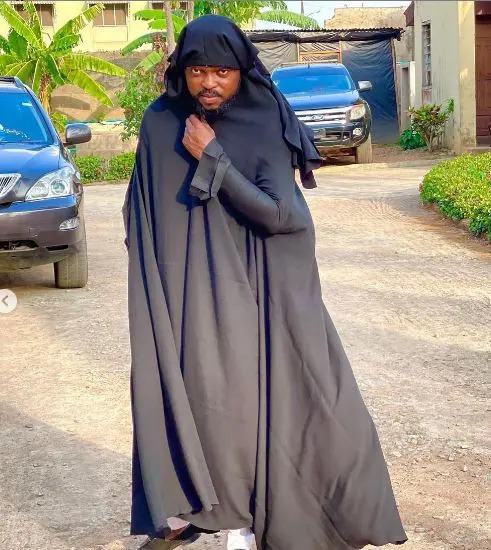 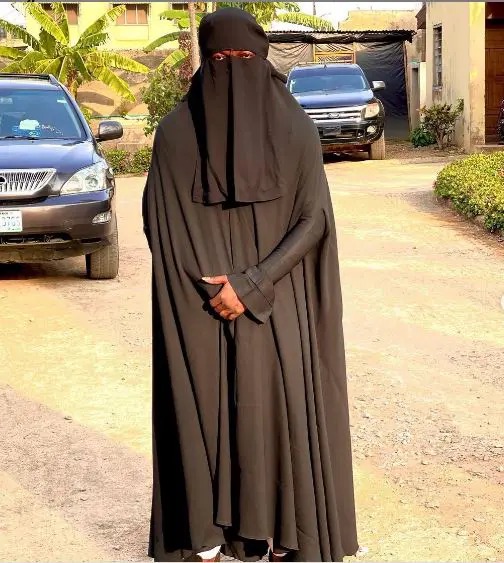 Hours ago, the father of two shared a disclaimer as he reacts to the abusive words that came with his post, the actor in a post stated that the outfit is for a movie role, and doesn't have anything to do with insulting a particular religion on anybody, as he apologized to anybody who might have gotten offended with his post. 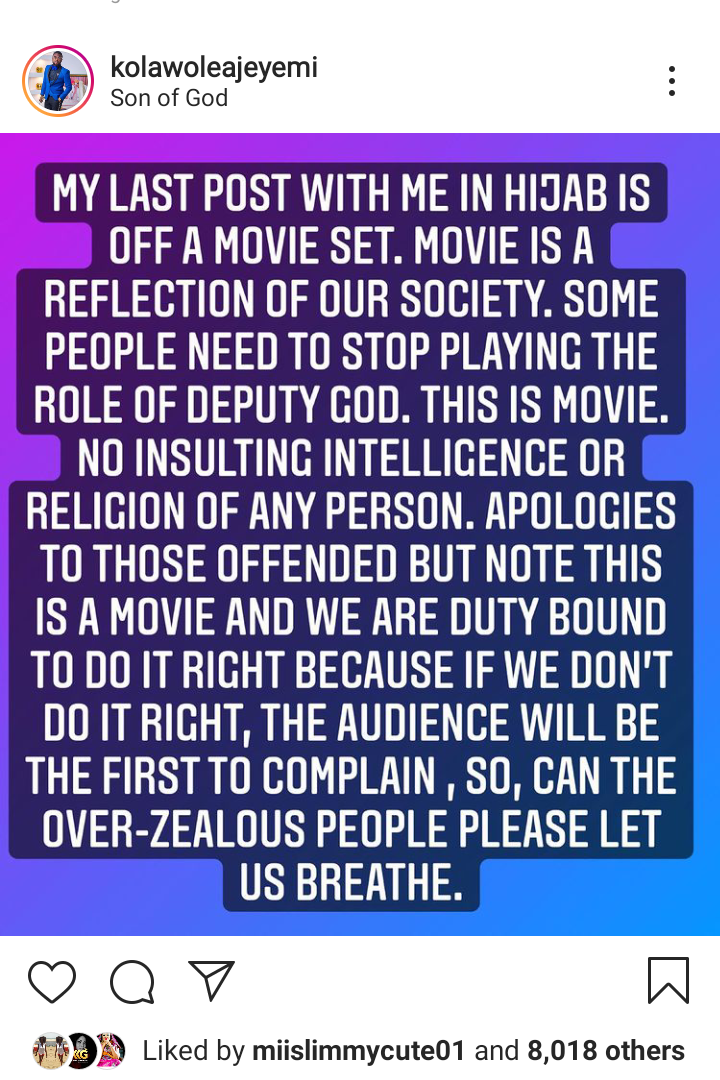 But one thing should be clear, some fans and followers should always remember that actors are duty bound to do or play some roles right, and what they portray or show fans on social media shouldn't be used against them, cause of the kind of job they do.

Nollywood Actress, Bukky Wright Reacts As Her Son Celebrates Her On Mother's Day