Here are 10 best Bollywood actors who have established themselves as action heroes: 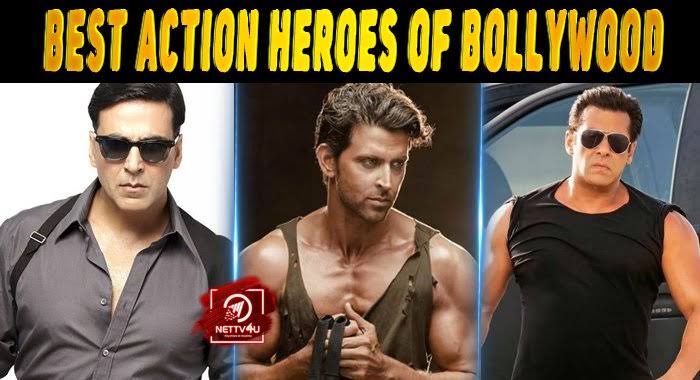 Ajay Devgn is the second name of action; who can forget his entry in Bollywood on two bikes? After that, he did many action-packed movies and is still nailing in them but nowadays he also comes up with comedy films every now and then.

Akshay Kumar may have shifted to social and comedy genre but he started his career as an action hero. He is also called Khiladi Kumar owing to his action scenes that he did in “Khiladi” and other films which have Khiladi word in the title. He is the actor who started the trend of shooting action scenes without body doubles. Some time ago, he was seen in “Baby” and “Naam Shabana” and we will love to see him in more action movies.

When Hrithik debuted in Bollywood, he was compared with the likes of Hollywood heroes Sylvester Stallone and Arnold Schwarzenegger. He is a great dancer, actor and has given some wonderful performances whether it’s the character of a mentally retarded boy or a superhero. He is India’s answer to Hollywood and we would love to see him doing more action-packed movies.

He can easily be called a fitness freak and the proud owner of one the best well-built bodies in Bollywood. We have seen him doing action stunts in many movies and we have to admit that even impossible acts seem possible when he does them.

The Bhai of Bollywood had the image of a romantic hero when his career began to rise high with “Maine Pyaar Kiya” but in the last decade, he has looked more convincing in action roles. He was the one who started the trend of six pack abs body and then going shirtless. Usually in all of his action movies, he removes his shirt and makes fans crazy.

How can we miss the Khalnayak in this list? He is the bad boy of Bollywood who is loved by everyone. His well-toned body and tough looks made him a favorite action hero; however now with increasing age, he keeps on shuffling among various genres.

One of the fittest Bollywood actors, Suniel Shetty has done some really memorable action films. He may not be active in movies nowadays but he will always be the Anna of Bollywood.

From his punches to dialogues, everything is super-powerful and nobody can deny that there is no one in Bollywood who can look as powerful and macho as Sunny Deol. Who can forget his movies – “Ghatak”, “Ghayal”, “Gadar – Ek Prem Katha”, “Apne” and the dialogue from “Damini” – “Yeh dhai kilo ka haath hai”?

If we talk about the actors of new generation, Tiger is definitely far ahead of all others when it comes to action. After seeing his chiseled body and action moves in “Baaghi” and “Baaghi 2”, there is no wonder that he deserves to be included in the list of top Bollywood action heroes. He is a trained martial artist and it is being said that he doesn’t use body double for action sequences.

Vidyut has everything which is required in an action hero and he showed his capability when he debuted from “Force” opposite John Abraham in the role of a villain. After that, he mesmerized everyone with his action-packed movie “Commando”. Indisputably, Vidyut has much more capability than what we have seen and moviemakers should definitely consider signing him for suitable roles.

You can also add yours

Content created and supplied by: Ogaboss08 (via Opera News )