Proudly Nigerian: Meet The First Black man To Star In A Bollywood Movie

Read to the end, you could be the next record breaker, who knows?

Nigerians are everywhere. They are so talented, hardworking, smart and favoured that they are welcomed in virtually every part of the world. This is the reason Nigerians are everywhere. There's virtually no country without a single Nigerian. Check well, Nigerian(s) must be in your country. It is almost not possible not to see a single Nigerian in any part of the world. Yes, this is highly verifiable.

The term is a portmanteau of "Bombay" and " Hollywood ". The industry is related to Cinema of South India and other Indian film industries, making up Indian Cinema. It is actually the world largest in terms of numbers of movie produced.

In 2017, Indian cinema produced 1,986 feature films, with Bollywood as its largest filmmaker, producing 64 Hindi films the same year. Bollywood represents 43 percent of Indian net box-office revenue; Tamil and Telugu cinema represent 36 percent, and the remaining regional cinema constituted 21 percent in 2014. Bollywood is one of the largest centres of film production in the world. In 2001 ticket sales, Indian cinema (including Bollywood) reportedly sold an estimated 3.6 billion tickets worldwide, compared to Hollywood 's 2.6 billion tickets sold. Bollywood films tend to use vernacular Hindustani , mutually intelligible by people who self-identify as speaking either

Masala film, which freely mixes different genres including action , comedy, romance , drama and melodrama along with musical numbers has been the most popular commercial genre in Bollywood since the 1970s.

Masala films generally fall under the musical film genre, of which Indian cinema has been the largest producer since the 1960s when it exceeded the American film industry 's total musical output after musical films declined in the West. Alam Ara was the first Indian musical talkie (1931), several years after the first Hollywood musical talkie "The Jazz Singer" (1927). A distinctive genre of art films known as parallel cinema has also existed alongside commercial masala films, presenting realistic content and avoidance of musical numbers. In more recent years, the distinction between commercial masala and parallel cinema has been gradually blurring, with an increasing number of mainstream films adopting the conventions which were once strictly associated with parallel cinema.

Let's stop talking about Bollywood, let's talk about the first Blackman to ever star in a Bollywood movie

The first Blackman to star in a Bollywood movie is no other person than our very own Samuel Robinson.

Samuel Abiola Robinson is a Nigerian actor who appears in Nollywood and Malayalam films. He was born on 30th of June, 1998 in Lagos, Nigeria. He attended Grait Secondary School but put off university to pursue a career as a professional actor. Samuel's career as an actor began in 2013. He has appeared in several major productions in Africa such as Walt Disney's Desperate Housewives Africa , M-Net 's Tinsel , MTV Base's, Shuga and Raconteur Production's 8 Bars And A Clef to name but a few. He became the first African Actor to play a leading role in Indian cinema when he featured in an Indian film , the 2018 film "Sudani from Nigeria", with Indian actor Soubin Shahir.

To break it down more, continue reading.

Samuel Robinson has gone from Nollywood to Bollywood with "Sudani from Nigeria," a film about a poor Nigerian footballer who wins an opportunity to travel to India to represent an international team. Let's talk more about Sudani from Nigeria.

"Sudani from Nigeria" stars Samuel Abiola Robinson as Sudu , Soubin Shahir as Majeed, and is produced by Sameer Thahir and Shyju Khalid. The movie is actually about the struggles faced by a foreigner working in a strange country. It also explores the dynamics of his relationship with his manager, teammates, Indians, and the pressure to provide a better life for his very poor family. The producers of the movie were searching for young male Nigerian actor on the Internet when they came across Robinson's picture. And that was it. Below is his remark to Pulse Nigeria:

"I fit what they wanted and they then contacted me to offer me the role. To be honest, when I first got the email, I thought it wasn't genuine,"

"I didn't fully believe it was happening till I was on the plane to India. If miracles are real, this was definitely one of them." It was indeed a miracle to him. But as expected, there were some challenges he faced in "Sudani from Nigeria." 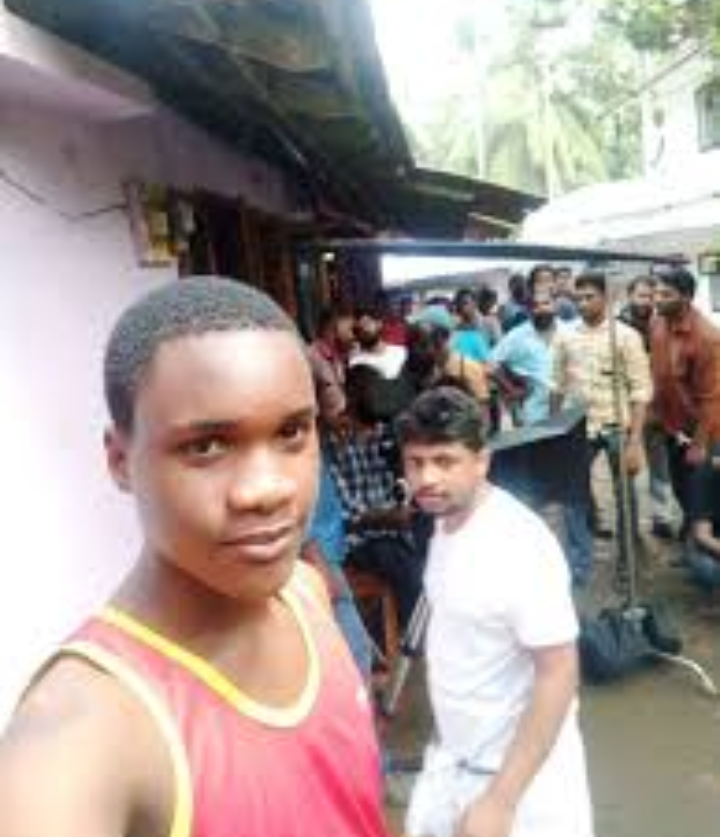 Despite the presence of a translator on set, his most challenging experience was the language barrier. Below is his remark about his challenges.

"I struggled with not being able to understand what people were saying most of the time. There was this one time that the director had given instructions in Malayalam (The language of Kerala, India) but forgot to translate.

So, he yelled Action!! and I was just standing there confused about what to do. He cut the camera shot and we all burst out laughing and did a retake later."

Note: Images are used for illustration purposes only. 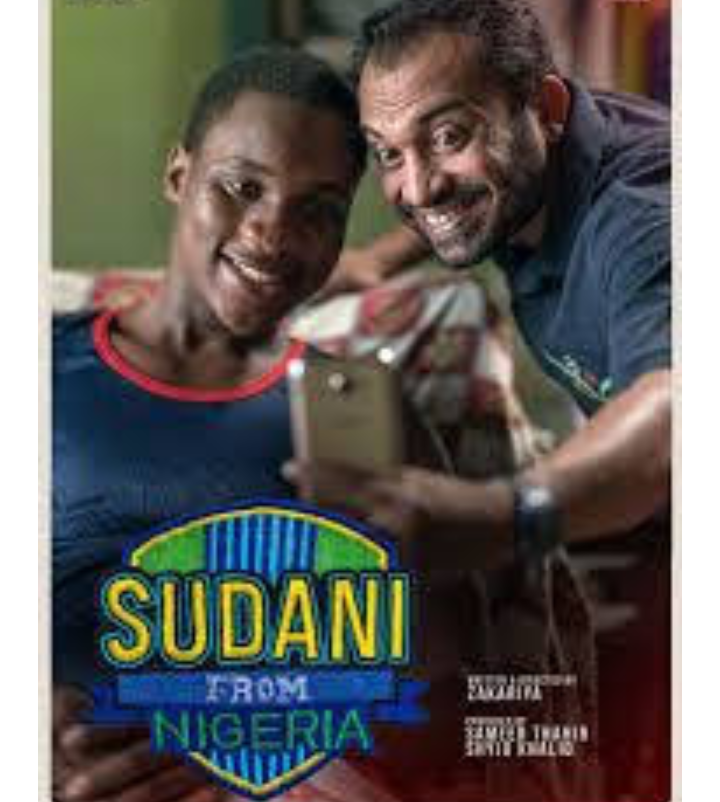 This is a great achievement for Robinson and his family, Nollywood and Nigeria at large. According to Robinson, it was brought to his attention during his stay in India that he was not only the first Nigerian, but also the first black person in history to play a leading role in an Indian Movie. Below is his statement to Pulse Nigeria. Samuel Robinson as well hopes that through this new relationship between India and Africa, many great movies will be made.

My advice to fellow youths is to be proud of what we do. Doing something with passion and being consistent as well as being Frank is the bedrock for success. You can be anything you want to be as long as you are proud of what you do. More importantly, we should pray regularly for with prayers, nothing is impossible. You could be the next record breaker, who knows.

Thanks for reading. Please say your mind in the comment section.