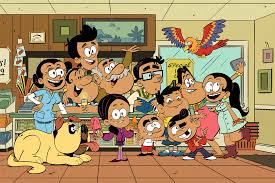 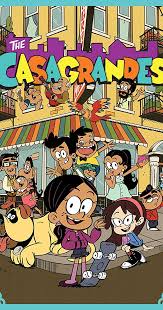 The Show will soon air in Nigeria.

The Casagrandes is an American animated comedy television series that premiered on Nickelodeon on October 14, 2019, and is a spinoff of The Loud House. The series features the voices of Izabella Alvarez , 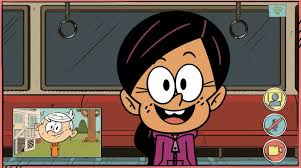 Having moved to Great Lakes City back in The Loud House episode "The Loudest Mission: Relative Chaos", Ronnie Anne Santiago, her older brother Bobby, and their mother Maria move in with their extended family called the Casagrandes consisting of the grandparents Hector and Rosa, aunt and uncle Frida and Carlos, their cousins Carlota, C.J., Carl, and Carlitos, and their pets Lalo and Sergio. Ronnie Anne meets new friends like Sid Chang, expresses more about her relatives, and explores the endless possibilities in Great Lakes City. Bobby helps Hector run the mercado (another word for bodega ) as he discovers similarities with the city's quirky neighbors.