By frendygodwin (self media writer) | 15 days ago

Big Brother Naija season 6 star, Pere, may have acquired some moral lessons from his clash with White Money in the house. Recall, the duo were like the protagonist and the antagonist of the Big brother Naija shine ya eye edition. Pere tried his best to prevent White Money from cooking for the housemates. He also accused him of using his culinary skills as a strategy to win the grand prize. The relationship between them was a rollercoaster as they hardly agreed with each other. Amidst their disagreement, White Money tried to be patient and kind to Pere; and it seems like Pere learned the importance of those two attributes in our everyday life. 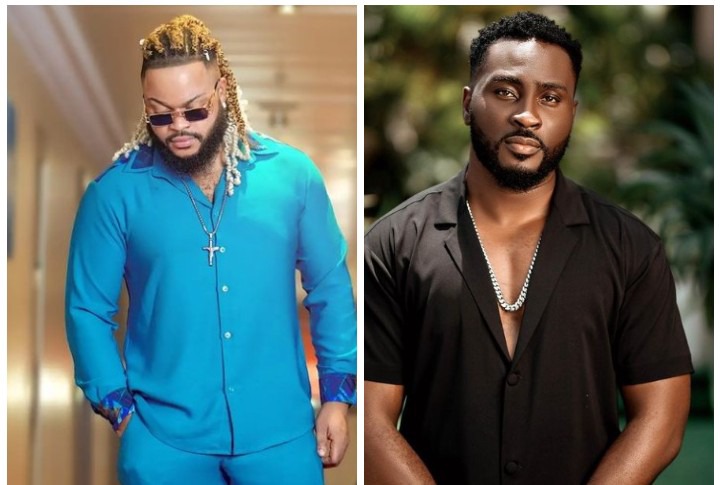 According to Pere's revelation via Big Brother Naija official Facebook page, he learned that patience is a virtue in Big Brother's house and also kindness is the best way to pay for anything even if someone does anything to hurt you or offend you. I think he said this as a result of his encounter with White Money in the house. 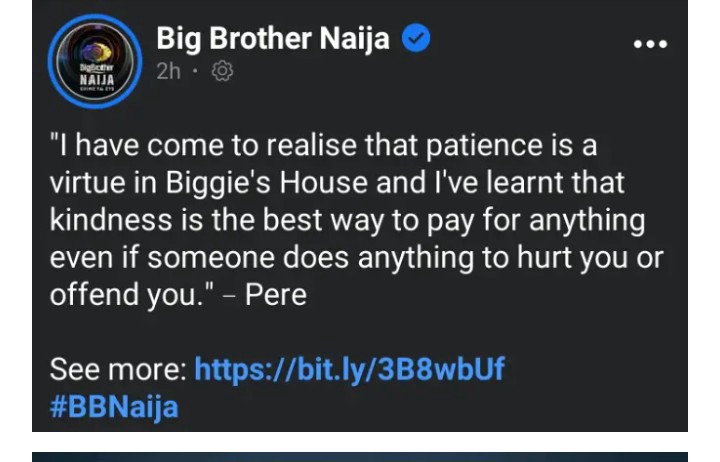 Recall, when Pere and White Money were having issues in the Big Brother house, White Money promised not to attack Pere no matter what he did to him. He further stated that he will show Pere so much kindness regardless of his troubles. No doubt, White Money adhered to his promise; he even made sure that Pere's food was bigger than those of the other housemates while dishing.

After his first altercation with Pere, he did not confront him anymore no matter how hard Pere tried to disrespect him. At a point Pere got tired of tackling him, having noticed that White Money would not react to his confrontations; he patiently endured Pere's unfriendly attitude. 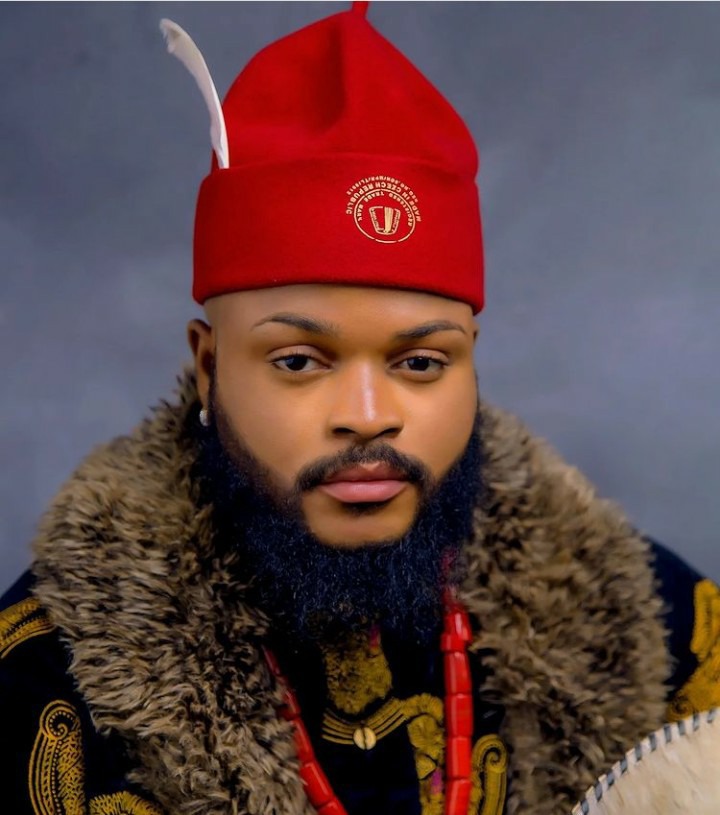 It is good to know that Pere now sees things from a different perspective, having learned a new way of life during his stay in the house.

Do you think White Money influenced Pere positively, judging by his revelation?