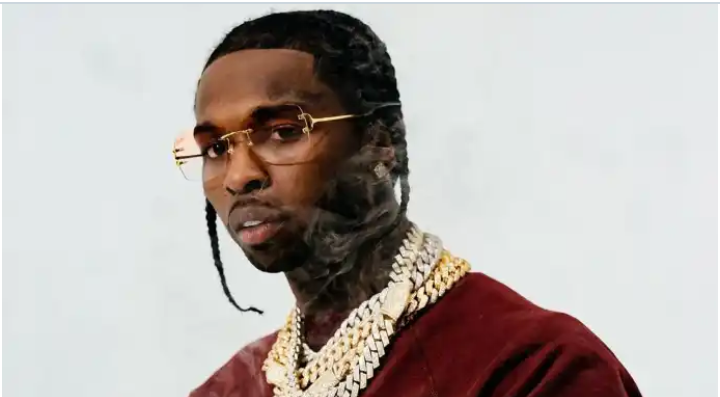 Fans were treated to 15 new tracks from the rapper's posthumously released Shoot for the Stars Aim for the Moon on the day he would have turned 21.

Pop Smoke began his musical career in 2018, after a period as a drug dealer induced by dropping out of school, by collaborating with UK drill artists and producers, who often employed more minimal and aggressive instrumentation to its Chicago counterpart. He quickly gained fame after he released his breakout single " Welcome to the Party" in April 2019

Pop Smoke then signed a recording contract with Victor Victor Worldwide and Republic Records , and released his debut mixtape Meet the Woo (2019).

It was released just under two weeks prior to Pop Smoke being fatally shot during a home invasion in Los Angeles. His debut studio album, Shoot for the Stars, Aim for the Moon , was posthumously released in July 2020 and debuted at number one on the Billboard 200, with all 19 tracks from the album charting on the Billboard Hot 100.

Pop Smoke died on February 19, 2020, after being shot twice during a home invasion in Hollywood Hills, California.

According to authorities, four hooded men entered the home at about 4:30 AM on February 19; one of them wore a ski mask and carried a handgun.

Police received news of the home invasion from a call from the East Coast. Police arrived at the home six minutes later and found Pop Smoke with multiple gunshot wounds. He was taken to Cedars-Sinai Medical Center , where he was pronounced dead. On February 21, the Los Angeles County Department of Medical Examiner-Coroner revealed that the cause of Pop Smoke's death was a gunshot wound to the torso.

Pop Smoke was interred at Green-Wood Cemetery in Brooklyn.

On July 10, five men were arrested in connection with his murder.

Four were charged with his murder: Corey Walker, 19, Keandre Rodgers, 18, and two teens ages 17 and 15. Since the crime was committed during a robbery, the adults are eligible for the death penalty.