Cossy Orjiakor Reveals Why She Had A 2nd Plastic Surgery 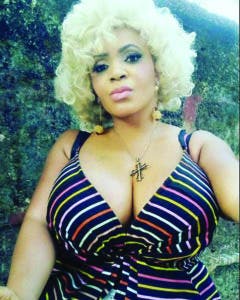 The entertainer asserted that, because she failed to adhere to post-surgery instructions she was given the first time, hence the need for a second surgery.

Speaking about how many times she has been under the knife to enhance her butt, the one time dancer said,

“I have undergone two plastic surgeries because I have flat buttocks."

According to Cossy, though the first surgery was perfectly done, but she failed to stick to post-surgery instructions.

In her words, "The first surgery was successful but I didn’t adhere to the instructions I was given. I was told not to sleep on my butt but I did."

Cossy Orjiakor Uses What She Has To Become A Star

Cossy continues with other post-surgery instructions she failed to adhere to, "I didn’t also use the pillow that I was meant to. So, my buttocks weren’t as huge as I wanted them to be and that’s why I went for a second one earlier this year."

The actress however refused to disclose how much it cost her to have the two plastic surgeries.

Ojiakor said, "I wouldn’t tell you how much I spent on my body because I have leant a lesson from my earlier revelations.”

Meanwhile, the Abbas Akande Obesere's 'Apple Juice' video vixen stated that she loved her boobs the way they were and wouldn’t consider surgery on them for now.

Cossy said, “My boobs are fine. They are bouncy, full and firm, and that’s perfect for me.’