By Jameschisa (self media writer) | 1 year ago

Netflix offers thousands of movies via its streaming platform. Although the service can be surprisingly accurate with its suggestions, it’s often still tough to find something worth watching amid the deluge of choices. 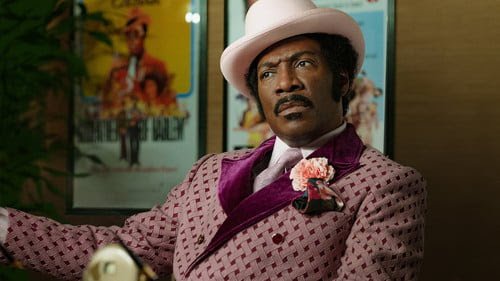 So we’ve taken the time to wade through Netflix’s robust catalog in order to bring you a list of some of the best movies on Netflix right now. Whether you’re into poignant documentaries or Scorsese’s latest mobster flick, our list has you covered.

A beloved classic for people of all ages, E.T. is a sci-fi masterpiece that takes a gentler approach to humanity’s first encounter with intelligent life in the cosmos. Elliott (Henry Thomas) is a lonely boy who lives with his single mother (Dee Wallace), his older brother Michael (Robert MacNaughton), and his younger sister Gertie (Drew Barrymore). One day, when he’s exploring in the backyard, Elliott senses something watching him. Sure enough, an alien spacecraft on a scientific mission to earth has mistakenly left behind one of their own. Putting aside his fears of the strange-looking creature, Elliott works to help E.T. find his way home before the government can get a hold of him.

One of the most beloved and influential sci-fi movies of all time is officially on Netflix. (As is Part II!) Marty McFly (Michael J. Fox) is an ordinary high schooler with a somewhat unpleasant life. He’s browbeaten by his principal at school, must endure the strained relationship between his nerdy father (Crispin Glover) and beautiful mother (Lea Thompson), and sees his father pushed around by middle-aged bully Biff (Thomas F. Wilson), Marty’s dad’s supervisor. However, when Marty’s eccentric scientist friend Doc (Christopher Lloyd) turns a DeLorean into a time machine, he inadvertently sends Marty back to the 1950s, just before his now-teenaged parents met and fell in love. Of course, his presence causes a stir, and it’s up to him to make sure his parents come together in the end or he will cease to exist.

Although it opens on a couple describing all the reasons they love each other, Noah Baumbach’s Marriage Story quickly dispels the illusion: This is a story of divorce, of a couple coming to the ultimate realization that the futures they want are simply incompatible and the messy process of sorting out where they go from there. The couple in question is playwright Charlie Barber (Adam Driver) and his actress wife Nicole (Scarlett Johansson). Nicole wants to move back to Los Angeles where a new job awaits, while Charlie would rather state in New York. It’s the latest in a series of tensions, the one that finally breaks them, and the two lawyer up, marshaling their grievances as they divvy up what remains of their life together.

There have been a few entries in the Indiana Jones franchise over the decades, but the first remains the best. Set in the 1930s, Raiders of the Lost Ark follows Indiana Jones (Harrison Ford), a professor of archaeology who moonlights as an adventurer, exploring ancient ruins and plundering their treasures in the name of science. When he learns that Nazis are seeking the legendary Ark of the Covenant, Jones and his former lover Marion Ravenwood (Karen Allen) head to Egypt to find the Ark first. Raiders of the Lost Ark is a pitch-perfect throwback to classic pulp adventure stories, with a charming, wisecracking hero, nefarious villains, and spectacular set pieces sprinkled throughout a tight script.

Robert De Niro and Juliette Lewis each earned Oscar nominations for their roles in Martin Scorsese’s remake of the 1962 suspense classic. The brutal thriller tells the story of a vengeful ex-con who sets out to destroy the lawyer who failed to keep him out of prison for committing a series of rapes 14 years before. Mercilessly stalking the family of his former defense lawyer, the con puts them through the psychological ringer.

The Zodiac killer, who terrorized San Francisco in the ‘60s and ‘70s, remains one of the most notorious uncaught criminals in history. David Fincher’s 2007 film Zodiac doesn’t attempt to solve the crime; instead, it uses the case as the impetus for a character study, focusing on the obsessions of three men trying to catch the killer. The protagonist is Robert Graysmith (Jake Gyllenhaal), a puzzle-obsessed cartoonist for the San Francisco Chronicle, who jumps at the chance to decode a message the killer sent to the paper’s editors. Together with crime reporter Paul Avery (Robert Downey Jr.) and homicide detective David Toschi (Mark Ruffalo), Graysmith tries to piece together the clues the killer leaves behind. Despite its length, Zodiac is a tense, gripping thriller, with superb direction from Fincher.

Do you often find that having one Spider-Man just isn’t enough? 2018’s hit animated movie Spider-Man: Into the Spider-Verse offers you all the Spider-Men, -Women, and -Pigs you could ask for (and then some). The film follows Miles Morales (Shameik Moore) — who fans of the Ultimate Marvel universe will recognize — a teen who gets a bite from a radioactive spider and develops spider-esque superpowers. When Wilson Fisk (Liev Schreiber) uses an experimental machine to try and move between dimensions, Miles ends up meeting a weary, older version of Peter Parker (Jake Johnson) who agrees to help Miles deal with the universe-collision crisis. They also get some help from an assortment of alternate-universe Spider-Folks, including Gwen Stacy (Hailee Steinfeld), anime-inspired Peni Parker (Kimiko Glenn), and hardboiled gumshoe Spider-Man Noir (Nicolas Cage). Into the Spider-Verse is an adventurous, funny superhero movie, one that has no qualms about throwing weird stuff at the audience.

After a lengthy hiatus from the silver screen, Eddie Murphy returned in unusual but triumphant fashion. In Dolemite Is My Name, Murphy plays Rudy Ray Moore, a washed-up musician who completely transformed himself into the ’70s blaxploitation character Dolemite, becoming a cult star in the process. One of a string of movies Netflix made in 2019 in an attempt to break into the Oscars (successfully, though not with Dolemite), this is more provocative than your average Eddie Murphy comedy and sees one of the world’s most beloved comics capably take on one of his most nuanced, dramatic, although still hilarious roles ever.