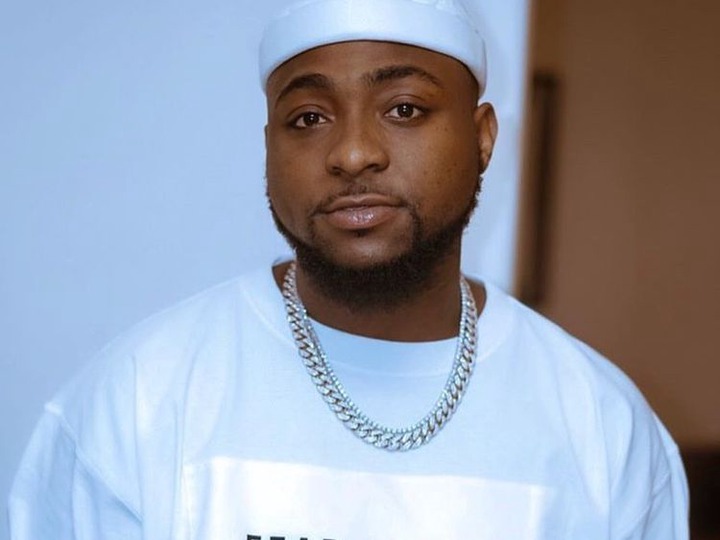 The American Society of Composers, Authors, and Publishers (ASCAP) has revealed in a new tweet that popular afrobeats star, Davido didn't write his 2017 hit single "Fall". 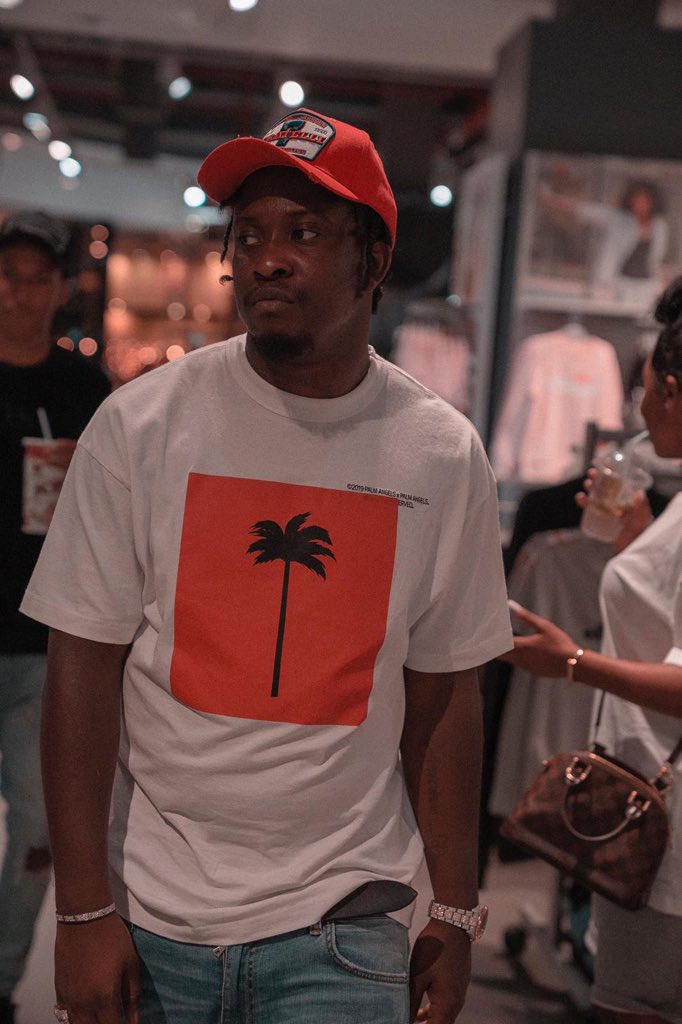 It was written by UK artiste, Kojo funds instead. David Adeleke aka Davido and Kiddominant were the ones thought at first to have written this song together. 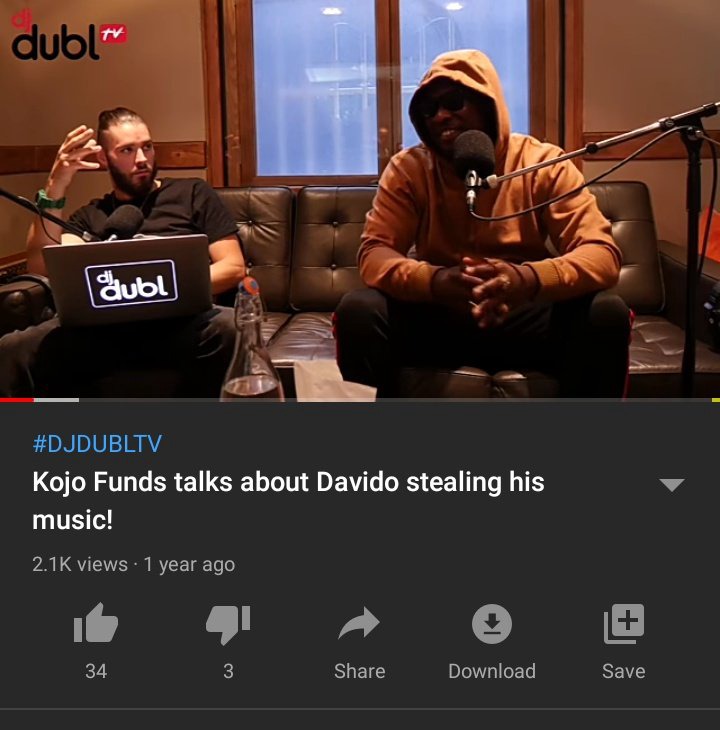 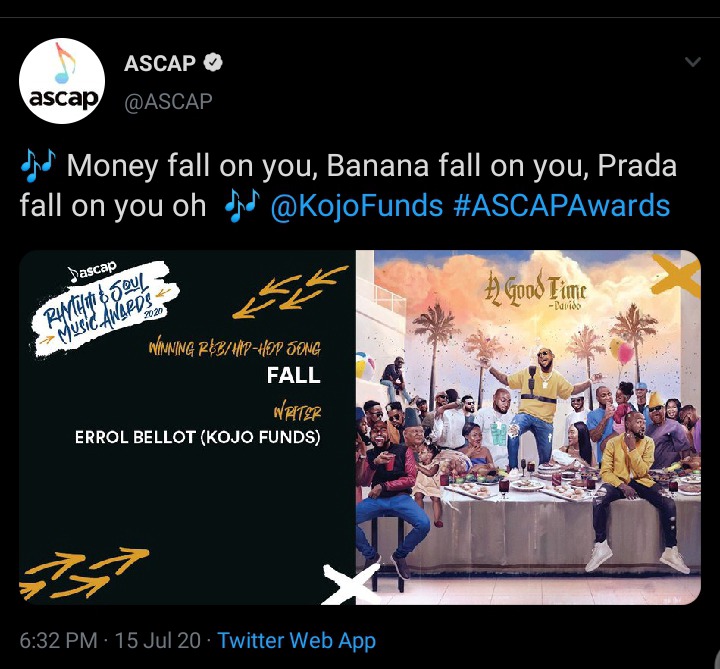 This revelation immediately sparked reactions from loyal fans of the "fall" crooner who believe Davido has been robbed of his musical rights.

A fan who believes the prestigious "ASCAP Rhythm & Soul Music Awards" has been given to the wrong person instead of Davido and "Kiddominant" didn't hesitate to call the organizers out.

They replied the displeased fan and explained their action saying "Thanks for the comment! We love all songwriters & the ASCAP Rhythm & Soul Music Awards are about recognizing the contributions of our ASCAP songwriter & publisher members. Sometimes co-writers are not members of the same PRO." 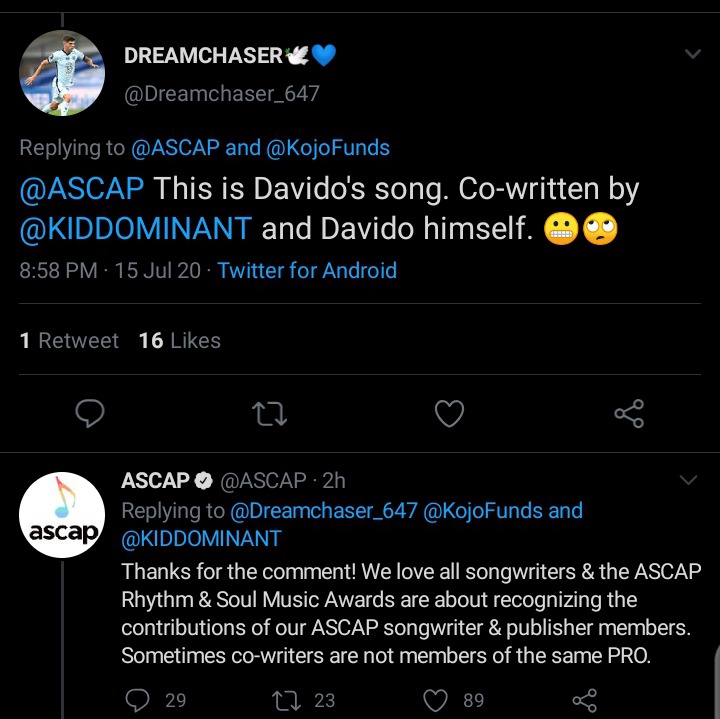 However, Davido's fans were still not having none of it as they expressed their displeasure. See some of their reactions below:

🗨️Hey @ASCAP this is not acceptable you better put this down asap before you hear from our Lawyer.. ya'll better do your assignment very well before you start posting rubbish here. @davido @KIDDOMINANT @AsaAsika @Prince_II #30BG what is happening here...please come and explain ?

🗨️What a shame, frog is an embarrassment to Nigerian music industry 😥

🗨️@KojoFunds didn't write nothing on this song only "dun talking" was sampled do you people know what u are saying and why is Davido name not there.

🗨️I get you but @davido song photo is not supposed to be there because you can't be using another song as cover in awarding another artist, you better put his own song cover right now.

🗨️@ASCAP but I wish a little acknowledgement could be given to the owner of the song. We would love to see that, Thanks

🗨️Wizkid fans are fools now, they always look for a way to laugh at Davido’s downfall, very retarded set of people. He didn’t even wait to get the full info, he just jumped into saying shit.

🗨️I don't understand o, at least David's name should be there too, it was just a sample not like he used it words for words, this is trash

🗨️These Fools wrote "Writer" not even CO WRITER at least, y'all making it seem like Kojo funds wrote the song

Damn! @ASCAP R you weeding? This is mockery,man!😡

@ASCAP there must be a mix up somewhere. You all gotta check well.

Even if u want to give your songwriters undue award

At least tag and give @davido and kiddominat their credits