By Saheed-tiwa (self media writer) | 2 years ago 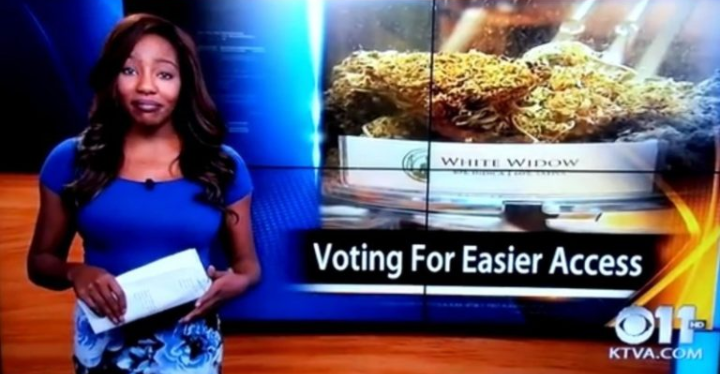 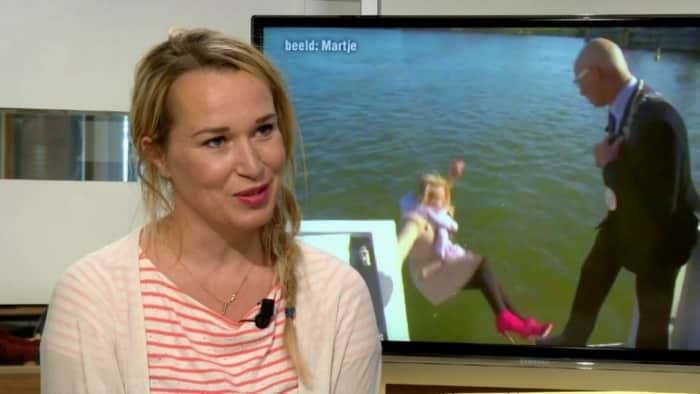 Dutch television reporter, Claudi Groot Koerkamp was filming a segment on a boat. During the interview she decided to sit down, but missed and fell overboard into the water. 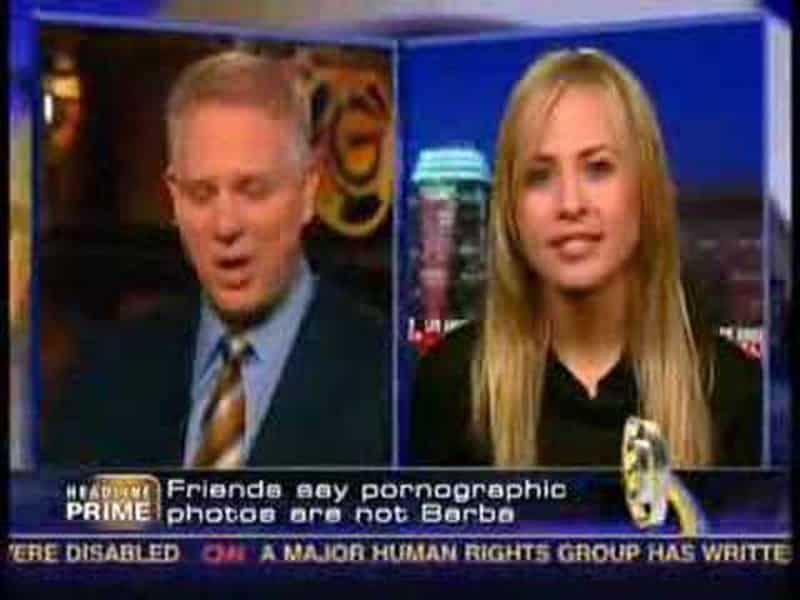 Reporter Glenn Beck’s job is to start debates and divide rooms. So, when he invited a female guest on his show to discuss an American Idol contestant’s nude photos, people started to scratch their heads. Beck interrupted her and said, “Deena, I’ve got some time and camera. Why don’t you stop by?” Needless to say, the interview took an awkward turn from there. 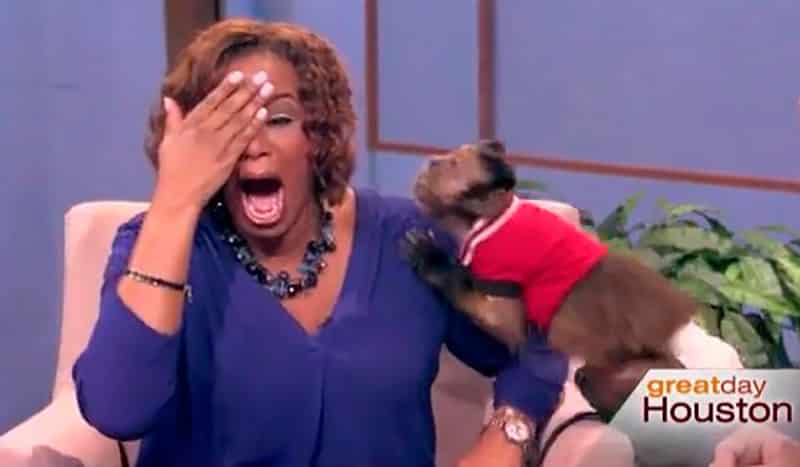 Monkeys are incredible creatures. So, when Deborah Duncan hosted a monkey guest on her show, she didn’t expect to be slapped in the face by him. 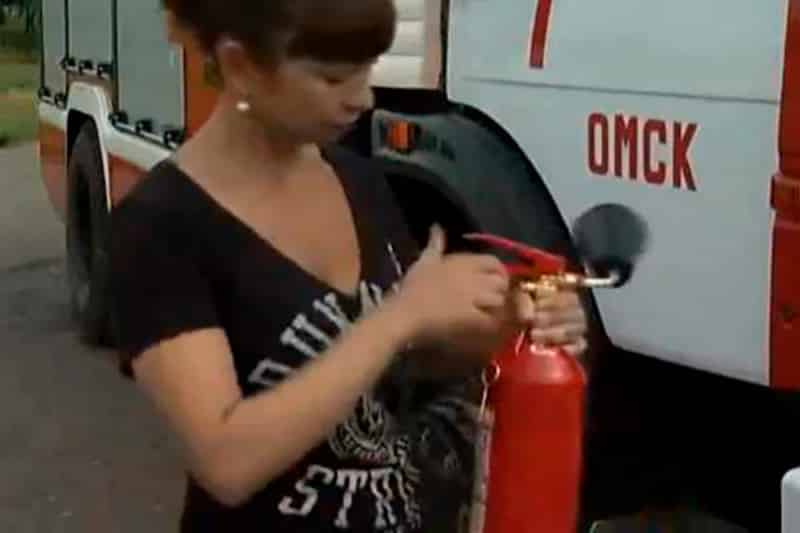 Sometimes we just can’t help but laugh at some people’s misfortunes. This Russian reporter was blown straight back by a fire extinguisher while on live television that left people wanting to rewind and watch it all over again. 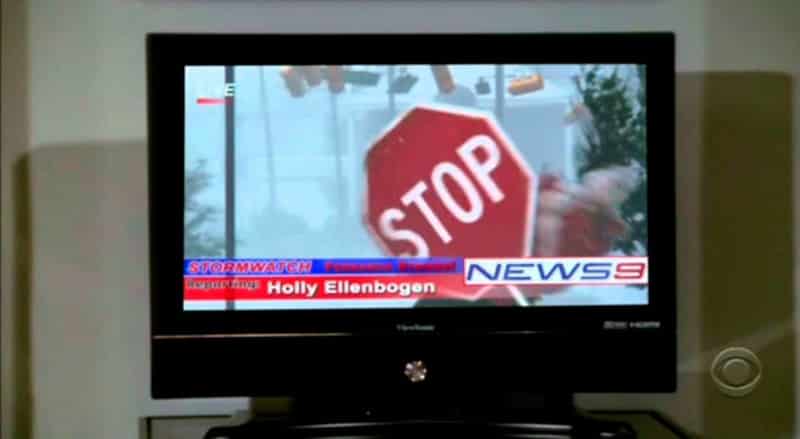 Weatherwoman Holly Ellenbogen was on assignment to report on a wild storm with intense winds. As she was informing the public of the dangers of the storm, a stop sign hit her smack in the face. 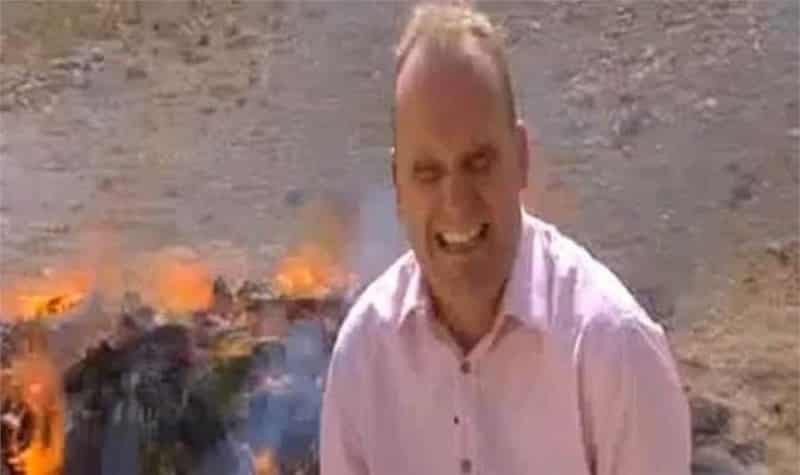 Quentin Somerville was a reporter for BBC in the Middle East. He was doing a segment on 8.5 tons of heroin, hash-sheesh, and other narcotics when he just couldn’t stop laughing during the segment. The producers decided not to run the segment, but it found its way online. 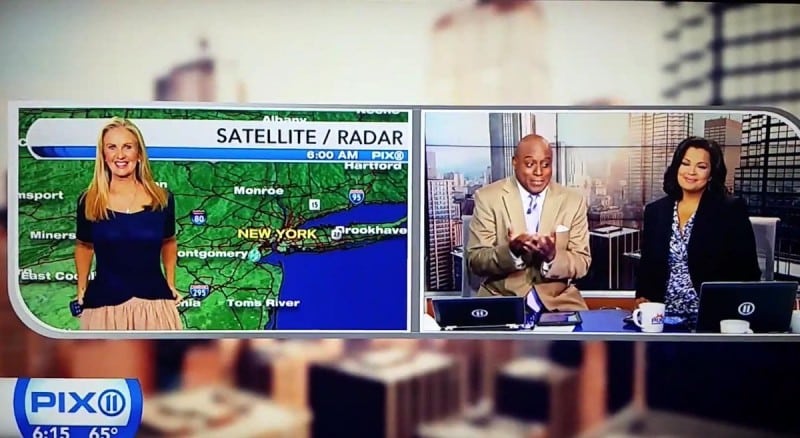 Weatherwoman Linda Church made an embarrassing mistake when she called a fellow newscaster “Daddy” when switching off from her segment. 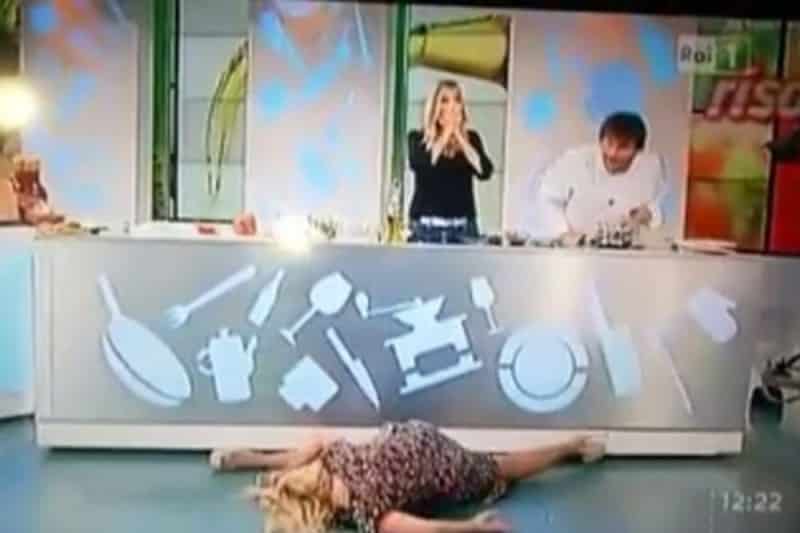 News reporters are good for two things, being comfortable on live television and informing the public. They usually aren’t good at skateboarding. So, when Cheryl Stewart was interviewing a famous skateboarder, things didn’t go as planned when she tried to do a trick on a skateboard. 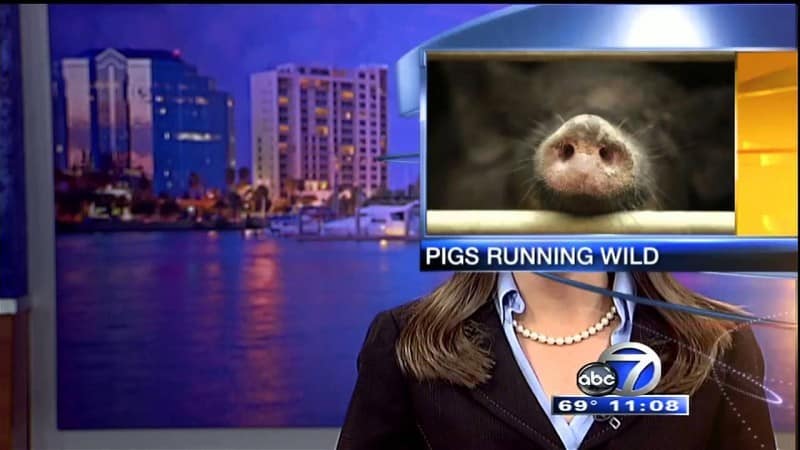 The accidental placement of a photo of a pig snout during a “Pigs Running Wild” segment gained a lot of laughs from the audience. 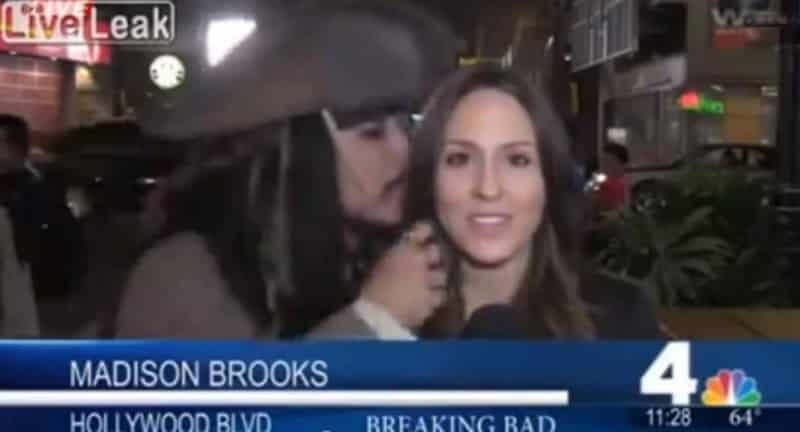 It isn’t uncommon for people in the background of a news segment to wave to the camera or make a funny face. In Madison Brookes’ case, a Captain Jack Sparrow impersonator decided to come up and stick his nose in her ear.

Saying Goodbye to the Kardashians

Tabloid journalists are always reporting on the Kardashians. However, John Brown got sick of the family and exclaimed, “I can’t take anymore Kardashian stories on this show!” 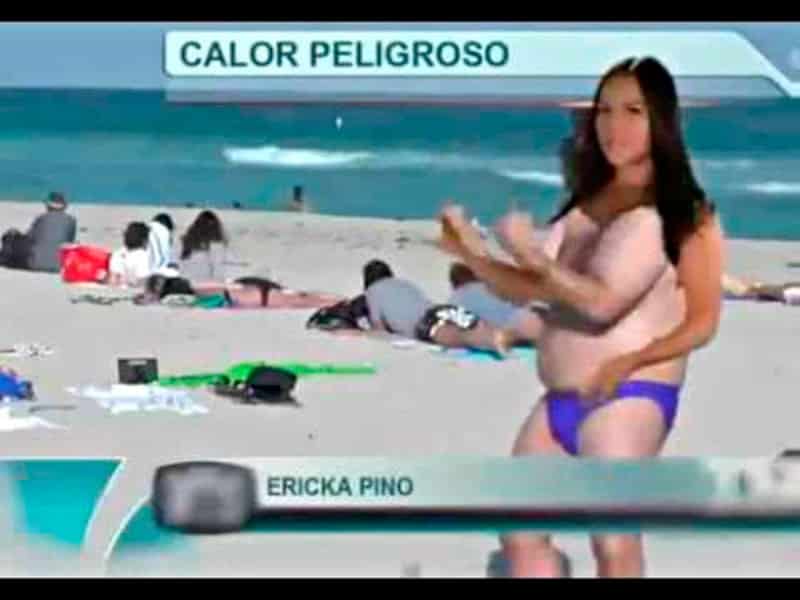 Newscasters go through a lot of hair and makeup to look good for their segment. When Ericka Pino, a weathergirl, reported about the weather at a beach, she was replaced with a middle-aged man’s body beneath her head. How embarrassing! 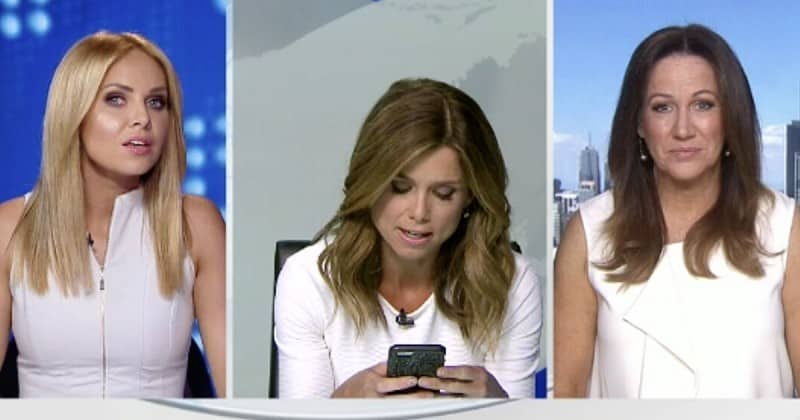 Nobody wants to show up to a party wearing the same outfit as someone else. The same goes for newscasters. These three women all showed up to a segment wearing their hair down and white blouses. Amber Sherlock was so embarrassed that she asked one of the other reporters, Julie Snook, to put a jacket on. 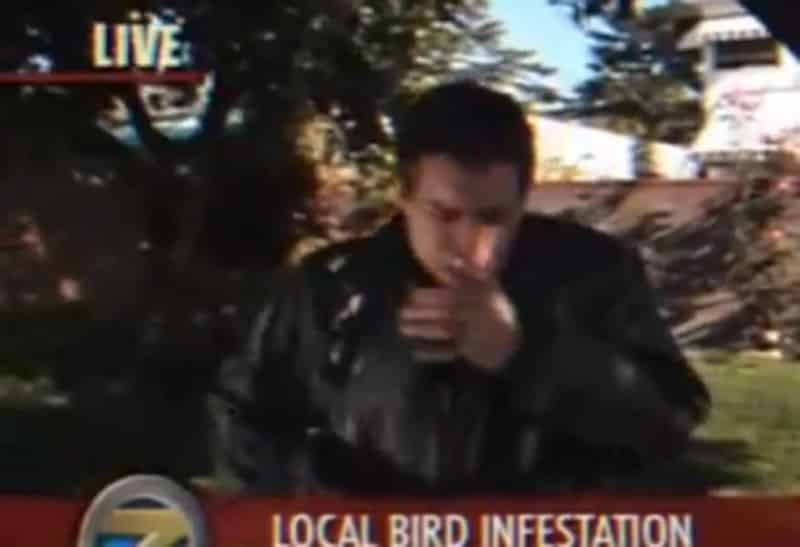 In order to be a television journalist, you have to be brave and willing to go into almost any situation. This poor reporter was doing a segment on Canadian Brown Finches when a flock of them decided to leave some droppings on his shoulder. 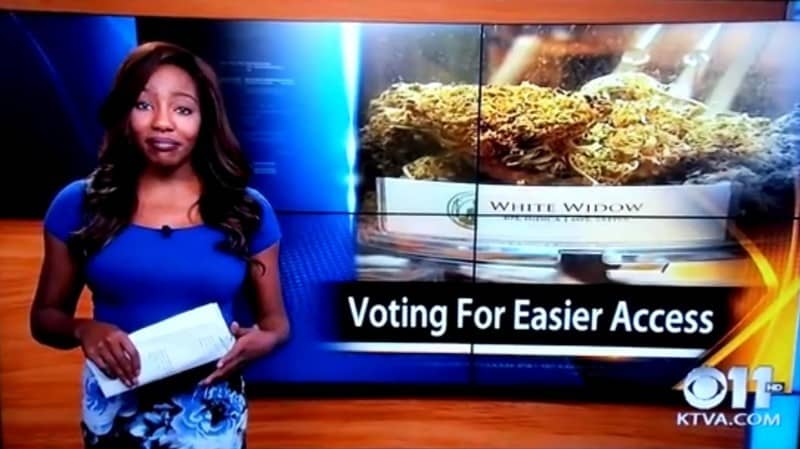 Chloe Greene quit her job on air while doing a news segment about the Alaska Cannabis Club. She said, “Now everything you’ve heard is why I, the actual owner of the Alaska Cannabis Club, will be dedicating all of my energy toward fighting for freedom and fairness, which begins with legalizing marijuana here in Alaska. And as for this job, well, not that I have a choice, but **** I quit.” 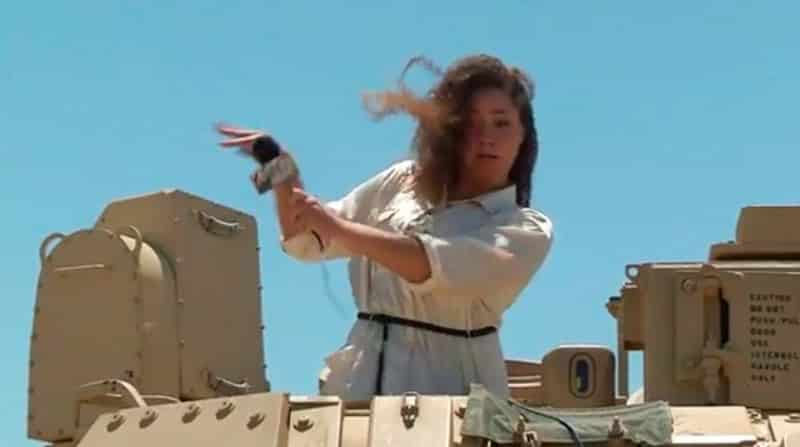 While Katya Leisck reported in June 2015 on a US Army Base, she was attacked by a swarm of cicadas. Scared and flustered, she swatted at them as she tried to find cover. 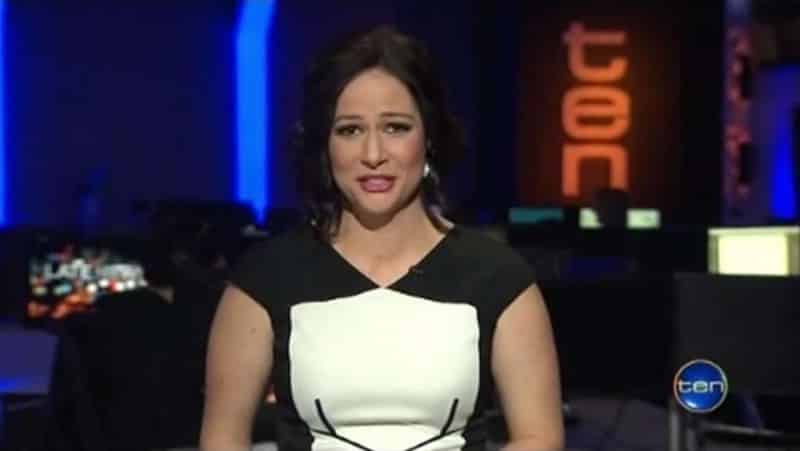 Natasha Exelby, an Australian reporter, caught the case of the giggles while on air while discussing an attractive Irish explorer. After bantering with her co-worker on air, she struggled to keep a straight face while reporting a more serious segment. 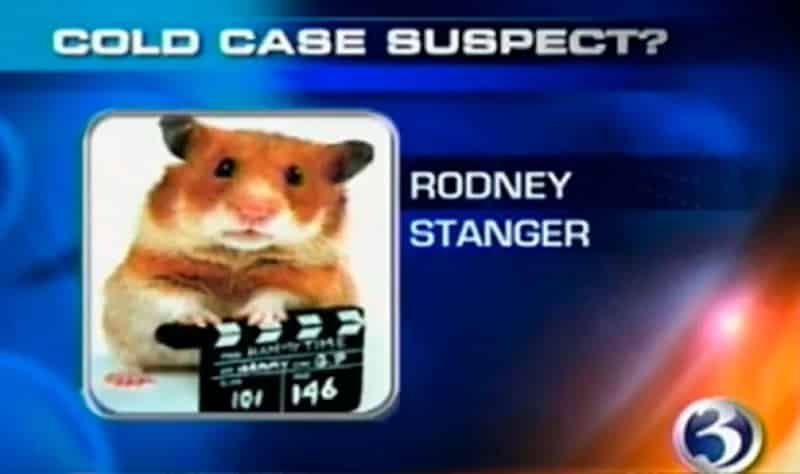 While reporting on a story about a missing teenager, the newscaster meant to show a mug shot of the suspect. Instead, the photo was of a hamster. “Well, no this is not Rodney Stanger, obviously,” the reporter explained. 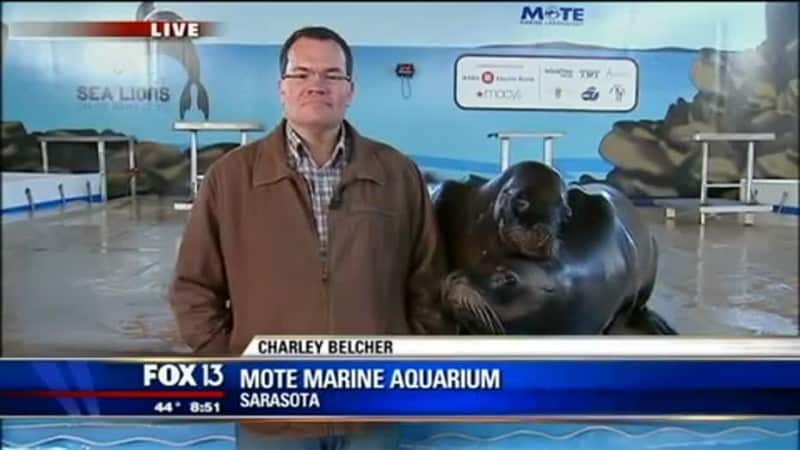 Charley Belcher was reporting on a segment at Mote Marine Aquarium when he noticed two sea lions had come on screen and showed intense interest in his story. He couldn’t help but laugh at the situation. 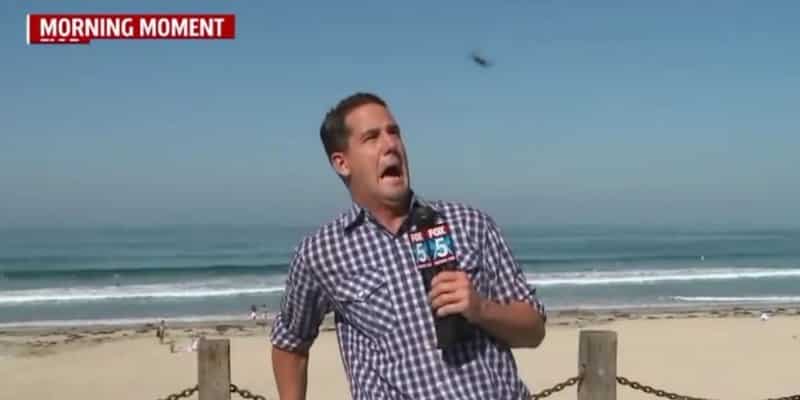 Not every likes bugs, even television reporters. So, when Brad Wills was doing a segment down at the beach and saw a flying bug, he couldn’t help but interrupt his segment and dodge the insect. 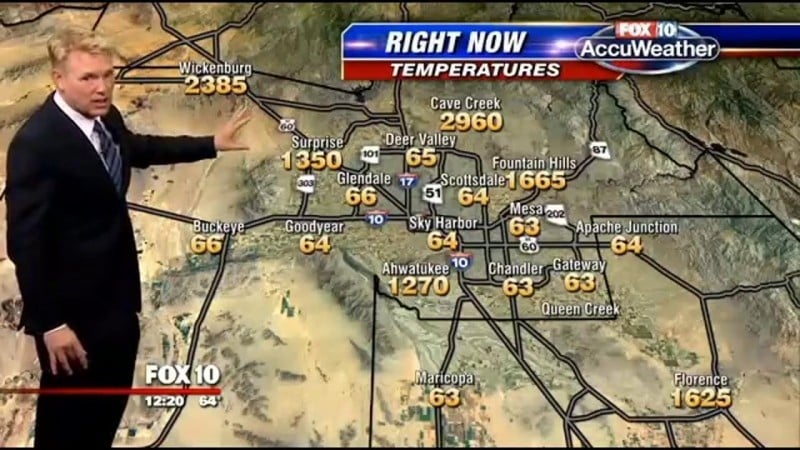 Weatherman Cory McCloskey reported that four local areas would be in the 1,000 and 2,000 degree range. “I would get out while you still can!” he joked. 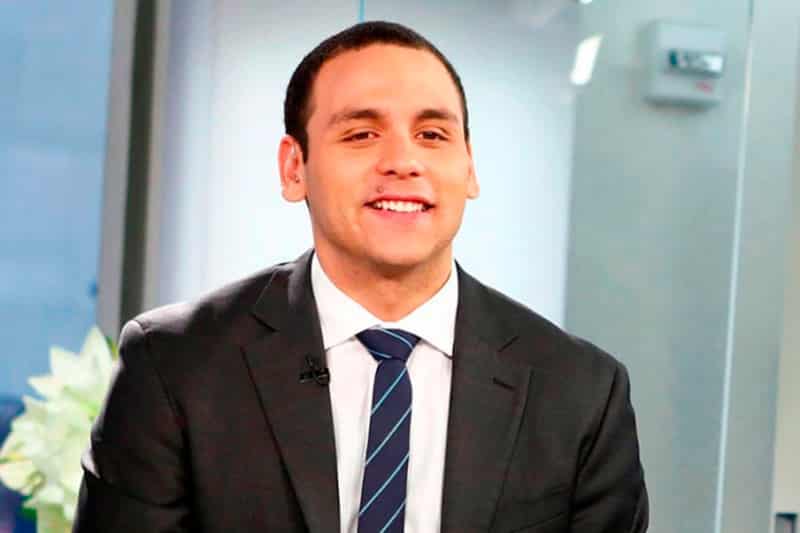 It sucks to be fired on your first day. That’s exactly what happened to AJ Clemente when he cursed on air during his first day at North Dakota NBC. 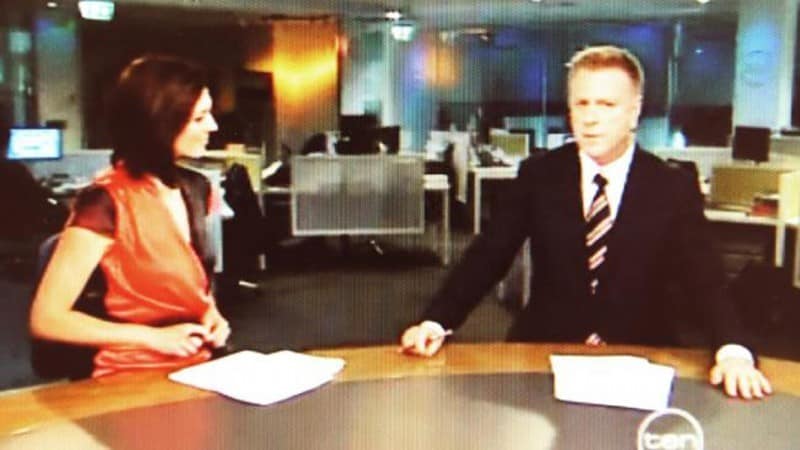 Belinda and Max are both coworkers and ex-lovers. When Belinda made a subtle comment about Max’s um, male anatomy, viewers couldn’t help but feel uncomfortable. After Mark commented “Belinda, I just don’t understand ho something so small can be so impressive,” about a cricket team parading Ashes, she responded, “Well Mark, you would know about that.”

Content created and supplied by: Saheed-tiwa (via Opera News )