"On A Lighter Mood, If I Catch You"- Saheed Osupa Says As He Reacts To Drawing A Fan Sends To Him

By Sunnewsop (self media writer) | 5 months ago 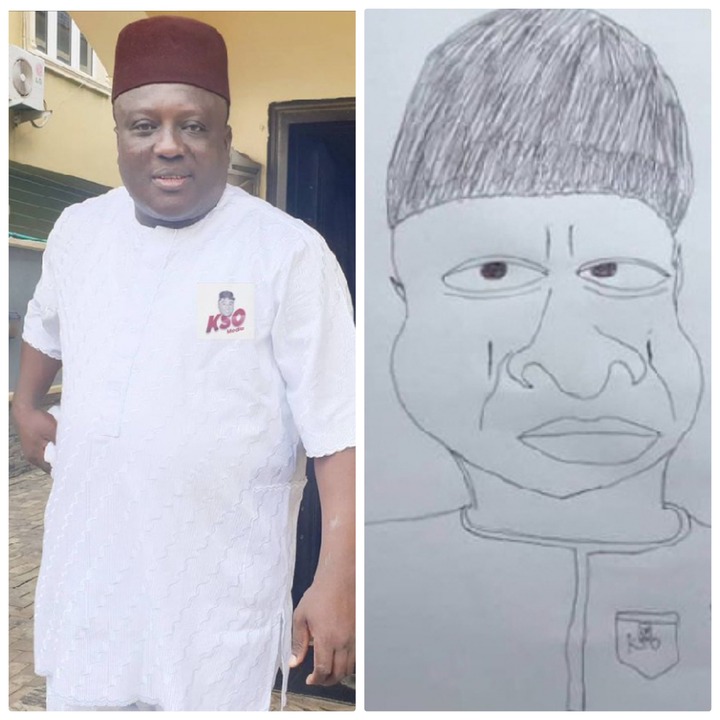 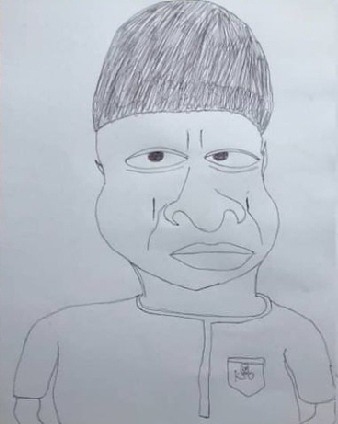 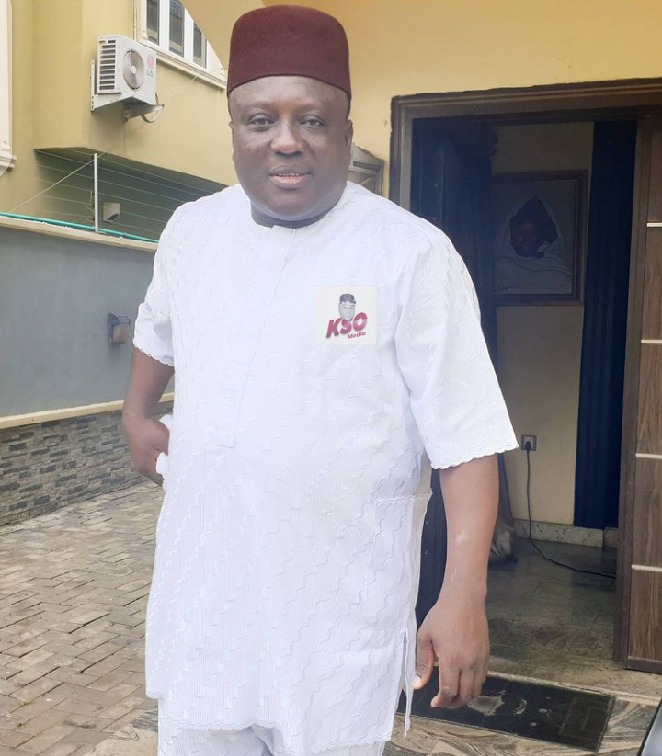 One of the Nigerian Popular Fuji musicians, Saheed Osupa has taken to his official Instagram page to share the photo of drawing a fan identified as Bodataiye Oniyakuya sent to him. While reacting, he wrote, Who taught you how to draw please? Is it by force?. On a very lighter mood, if I catch you. 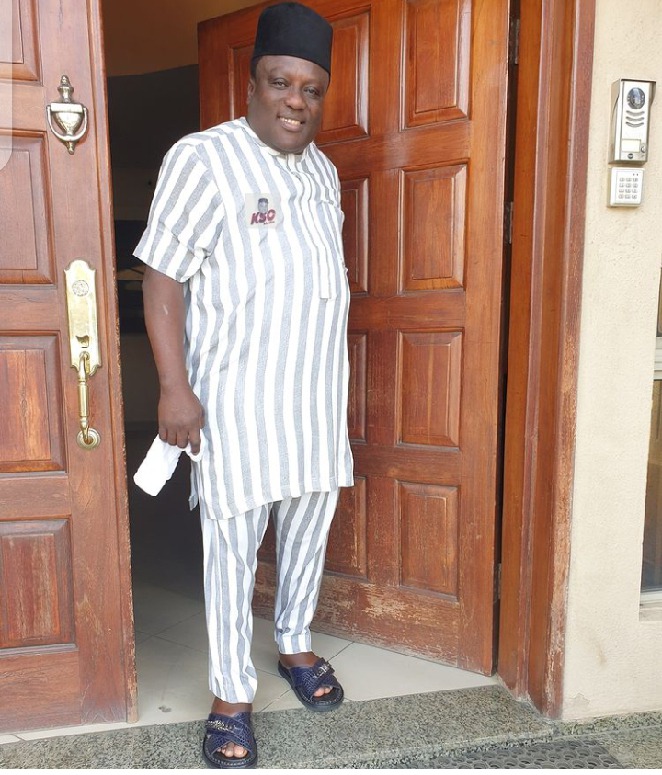 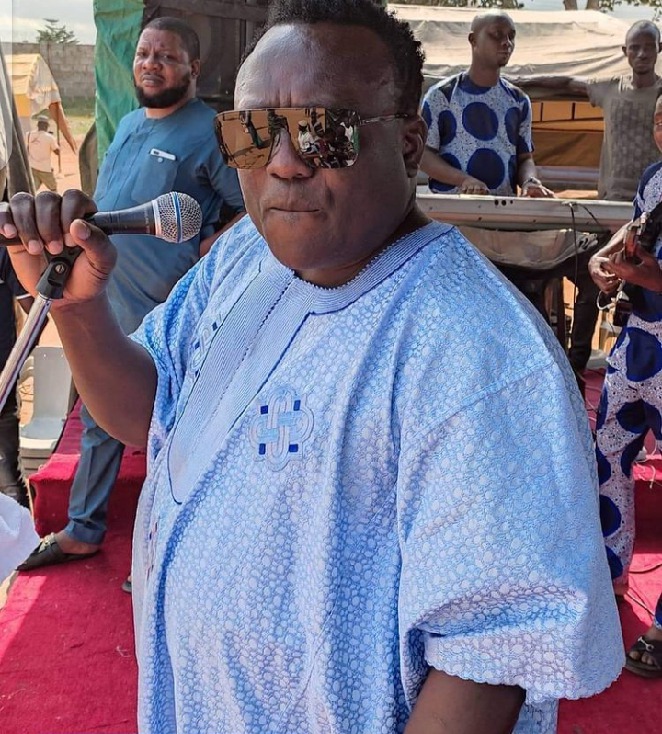 Akorede Babatunde Okunola also known by stage names as Saheed Osupa or King Saheed Osupa, is a Nigerian Fuji musician, film actor, songwriter, Hip Fuji creator, and Brand influencer with about 500,000 Instagram followers presently. He has been very active in his music career since 1983 till present.

His music career began professionally as a teenager about 38 years ago as a Fuji artiste. Saheed Osupa's first album was titled Fuji Fa Disco, followed by Fuji Blue. Saheed Osupa was declared the King of Fuji Music by late Ayinde Barrister about 13 years ago. 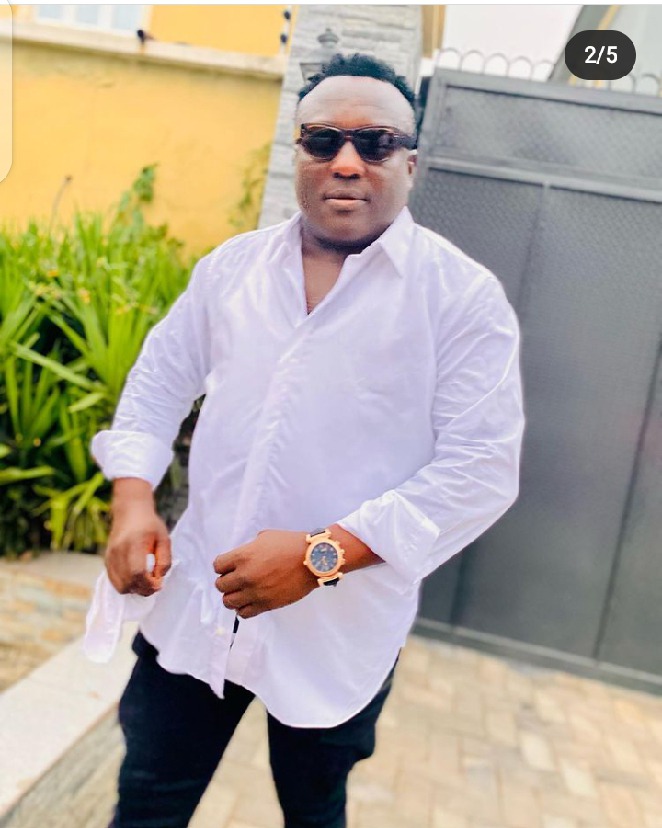 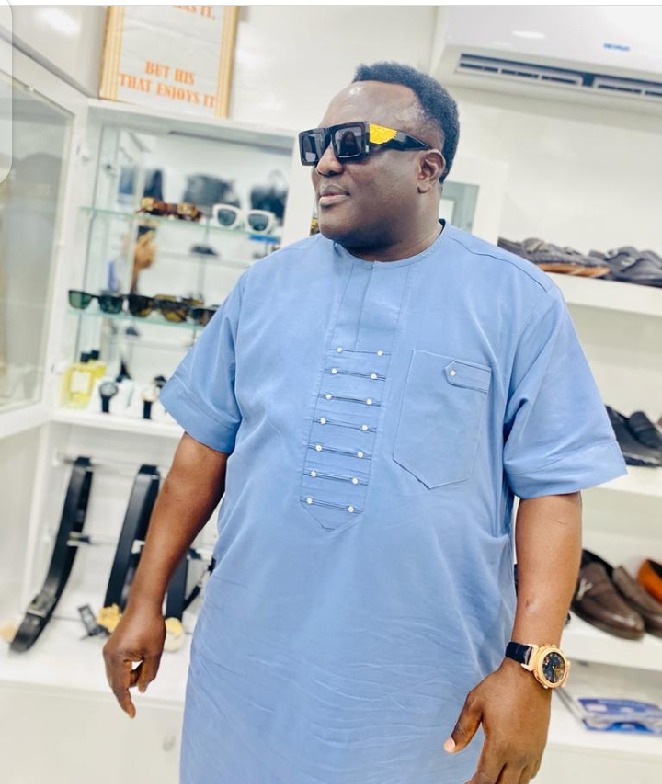 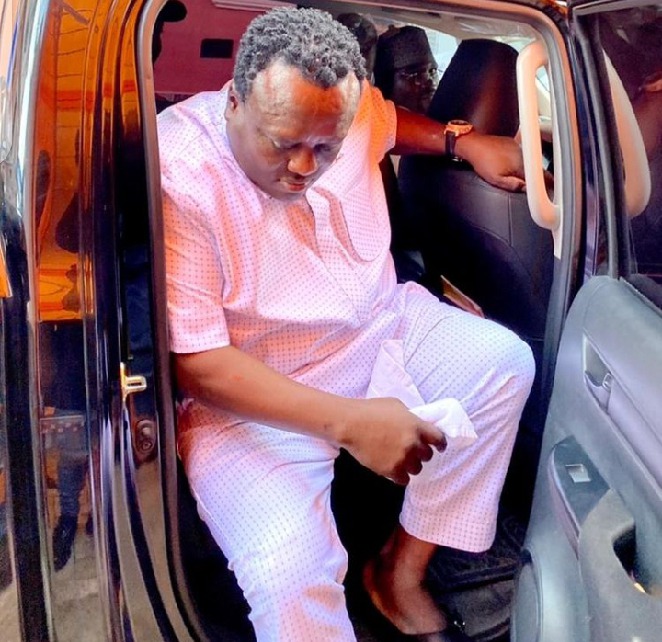 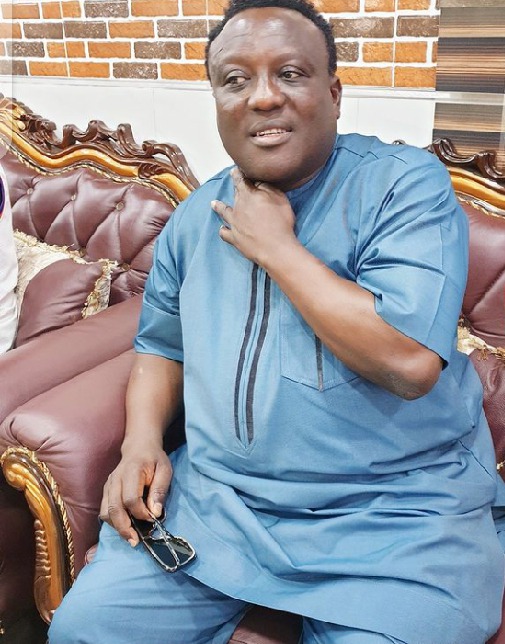 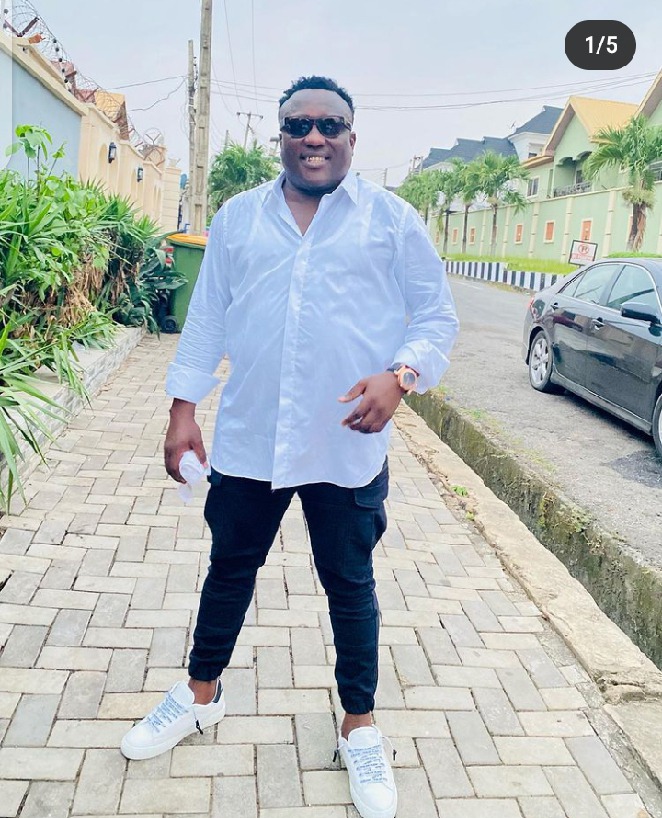 He has received several awards and Nominations due to his outstanding performance such as Best Artist at FIBAN Awards, Best Musician in an Acting Role at Yoruba Academy Awards, Best Fuji Musician of the Year at City People Entertainment Awards, and others. Checkout some people's reactions from screenshot below. 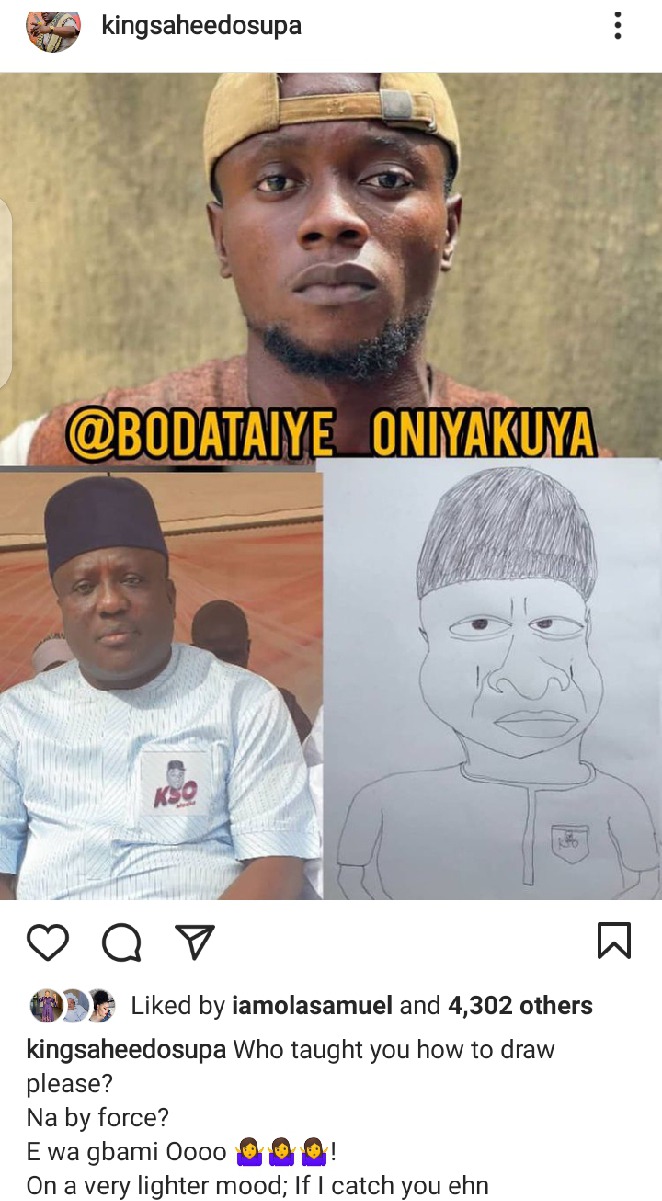 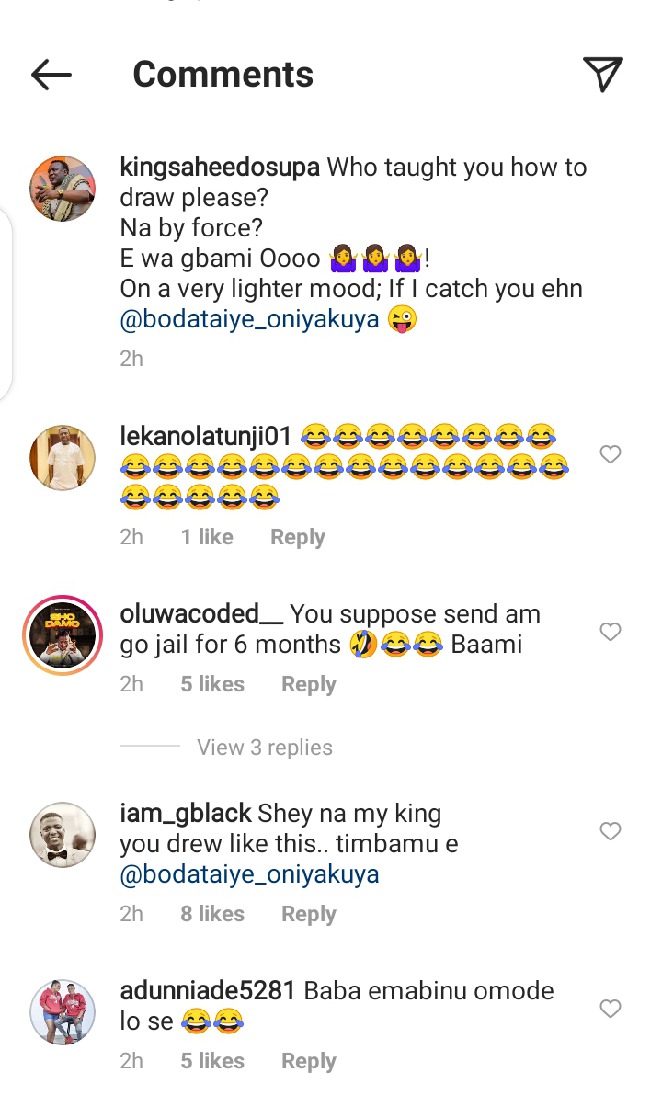 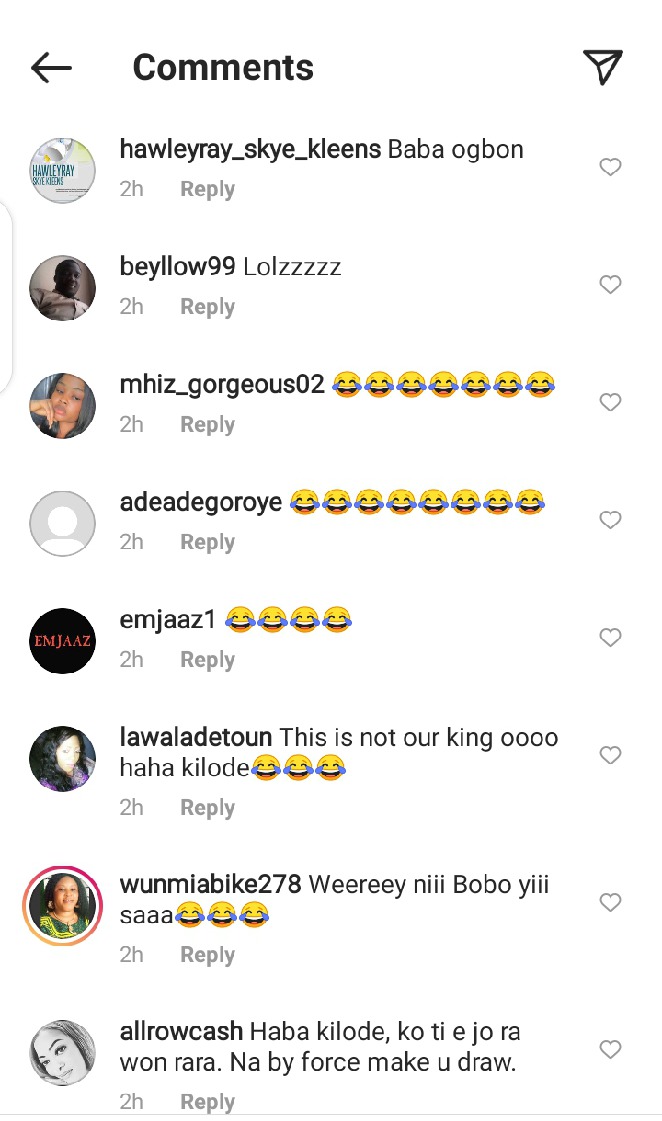 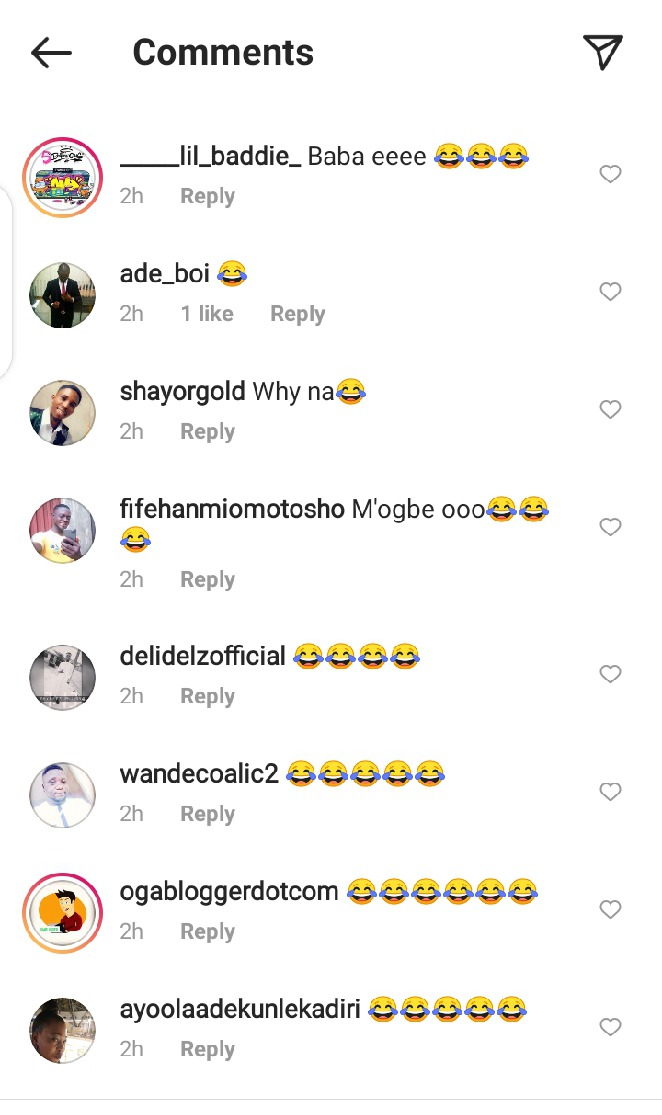 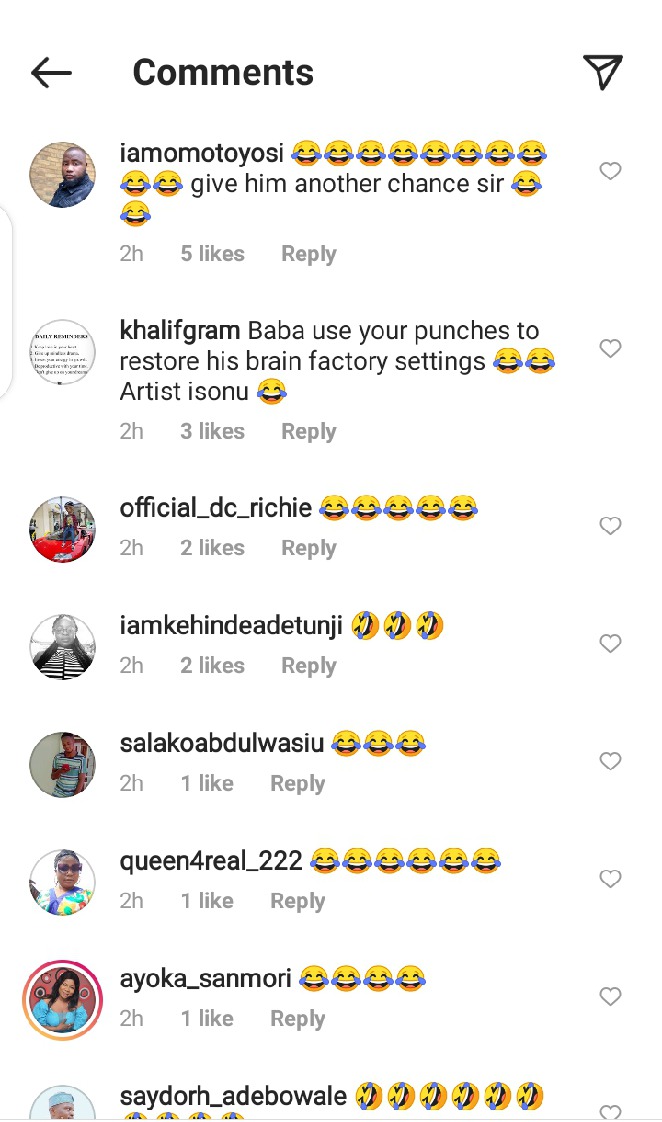