These Are What Some Celebrities Said As They Shun Social Media

By AmadiEmjay (self media writer) | 2 years ago

Social media has become another world for us,where we live another life and mostly fake. Living a fake life is not that simple not to talk of being your real you. Most celebrities are trying to keep up with their fake lives as they are trying to make it look real. Its so difficult to be on social media as a celebrity,even those who praise you today are still going to laugh at you when you fall,enemies also are trying to sabotage. And also some people are not that technologically savvy to keep up with fans on social.

She is an Austrialla Actress well known for her diverse roles in both blockbusters and independent films. She acted The Lord Of The Rings 2001 and Elizabeth 1998.

She has criticized social media in the past, saying that platforms are toxic and the perfect environment for narcissism and negative comparisons.

She is an English Actress with 2 kids. Her staring roles in independent films and period dramas as well as big budget Hollywood productions have earned her nominations for two British Academy. She acted the Pirates Of The Caribbean and Anna Karenina.

She said "I did actually join Twitter for about 12 hours because I tried to be down with the kids and it just creeped me out," she said on The Jonathan Ross Show. "I didn't post anything and I was under a false name and I think because Chloë [Grace Moretz] followed me, suddenly all these people started following me and posting, 'I'm having a cup of tea now,' and I just got completely freaked out".

Mila kunis is an American Actress. She was born in Chernivtsi,Ukraine.

She said "I just don't think people need to know when I'm going to the restroom," she said on The Late Late Show with Craig Ferguson. "What am I gonna tweet? Like, 'Hey now I'm moving from room to room.' I don't really know what I would tweet."

Is a Canadian-American actress . she graduated from a theater degree program at York University in 2001 and worked at Canadian television and film productions.

She said " I listen to the news on the radio. I don't have a television and I am really bad at e-mail," McAdams told People back in 2009. "I'm really ignorant." 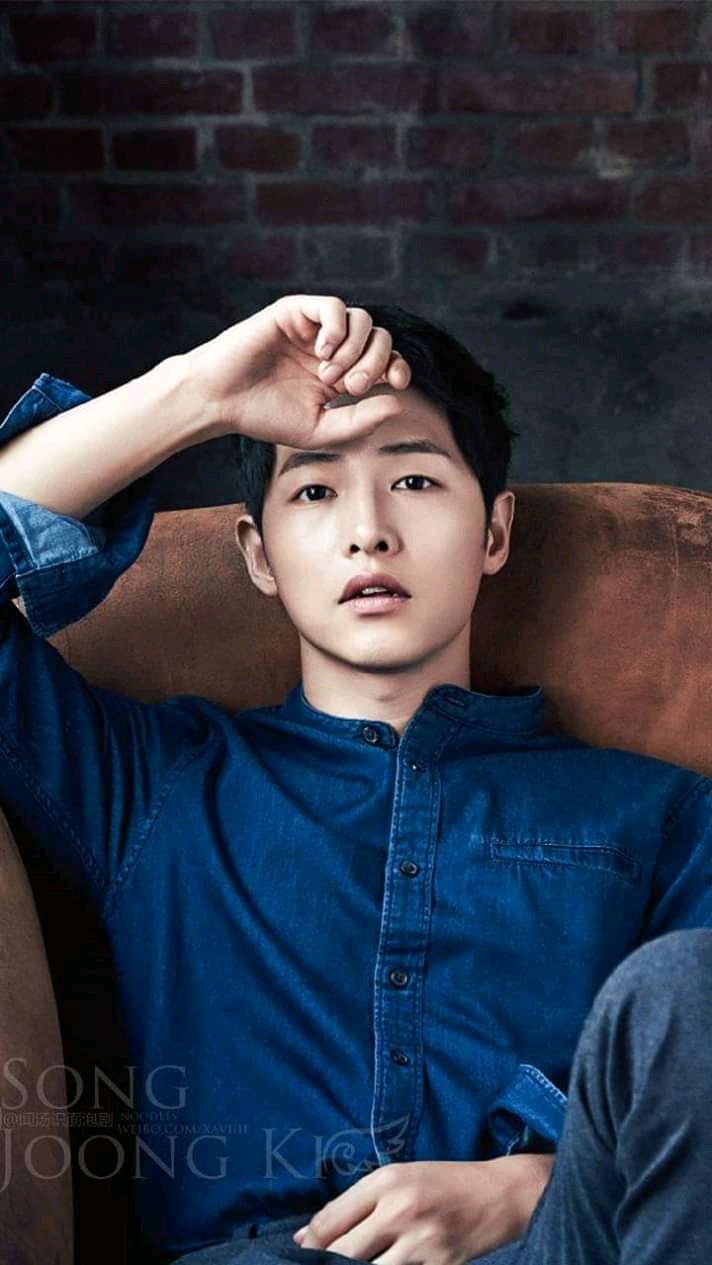 He is a South Korean Actor. He rose to fame in the historical coming-of-age drama Sungkyunkwan Scandal and the variety show Running Man as one of the original cast members.

Song Joong Ki revealed that he does not use social media because he is not tech-savvy. But some of his fans believes that it was due to his divorce with his ex-wife Song Hye ko.

She is a South Korean Actress. She is best known for Ber leading roles in the hit films Scandal Makers, A Werewolf Boy and On Your Wedding Day and the television series Oh My Ghost and Strong Girl Bong-Soon.

Actress Park Bo Young said that she does not trust herself to use social media because she is emotional and loses her temper easily.

He is a South Korean Actor. He his best known for his supporting roles in dramas My Love From The Star and Doctor Stranger and his leading roles in Cheese In The Trap, Bad Boys, Man To Man and Forest.

He said that although he believes that social media can be used to promote one’s work, it does more harm than good because it can cause controversies.

She is an American Actress,Filmmaker and Humanitarian.The recipient of numerous accolades,including an Academy Award and three golden globe Awards,she has been named Hollywood's highest-paid actress multiple times.

She said "It's a scary new world," Jolie told People, calling herself "old school" when it comes to technology. The actress and Pitt hired a security team to monitor the social media content that their kids encounter.

She is a British-American Actress. She is a recipient of numerous accolades including a Golden Globe Awards and a Screen Actors Guild Award in addition to nominations to two British Film Awards.

She said "I’m like a dinosaur with that stuff, No. 1. But it’s also not really an organic sort of fit for me," Blunt told Vulture. "I can barely remember to text people back!"

She is an American Actress, producer and entrepreneur. After her supporting role in Pearl Harbor,Garner gained recognition for her performance as CIA officer Sydney Bristow in the ABC Spy action thriller television series.

She said "I don't want any more guilt coming from my phone or computer," Garner told People. "There is nothing I would put out that people would want to see. It's probably best to stay away. They don't want to see me and my mom friends after kindergarten drop-off."

She's an American actress and producer. She established herself as a leading lady in Hollywood after headlining the comedy movie Pretty Woman.

She said "Listen, I don’t have my head in the sand. I’m aware of the different outlets, however you label them. It’s like people talking about a TV show: I can be perfectly aware of the TV show and the story, but it doesn’t mean I watch it. I have other friends who watch it, and they tell me about it," she said inInStyle's June 2016 issue. "I mean, we were talking about Instagram. Everyone has Instagram on their phone. And I just, yeah, [if I had it] I would be looking at it all the time."

She is an American actress,film producer and a business woman. The daughter of actors John Ainstons and Nancy Dow. She began working as an actress at an early age.

She said "I was so stressed out, sweating bullets," Aniston said of temporarily taking over the Instagram account for her beauty company, Living Proof. "Seeing other kids on their [phones] all the time, it makes me sad," she told People.

Content created and supplied by: AmadiEmjay (via Opera News )