Interestingly, among some sections of Nigerian youths, there has always been a feeling of neglect from the nation's older leaders. In a way, some conscious youths in Nigeria have occasionally felt that the older generation of leaders has not allowed them to represent, especially in the nitty-gritty of the nation's political space. But, even within the same tendency, some observers have insisted that the so-called 'youths' should not expect such opportunity to be given to them on a platter of gold. Indeed, they (observers) argue that it is something the young people would have to 'earn' through due participation in the political system.

However, as the 2023 general elections are getting closer, in reality, it still does NOT appear that the Nigerian youths are particularly ready to earn the right to represent in the political space. Thus, some conscious observers, such as ace music DJ Big N (who happens to be Don Jazzy's Mavin Records official DJ), are already sounding out a stern warning for young people to wake up from their slumber. 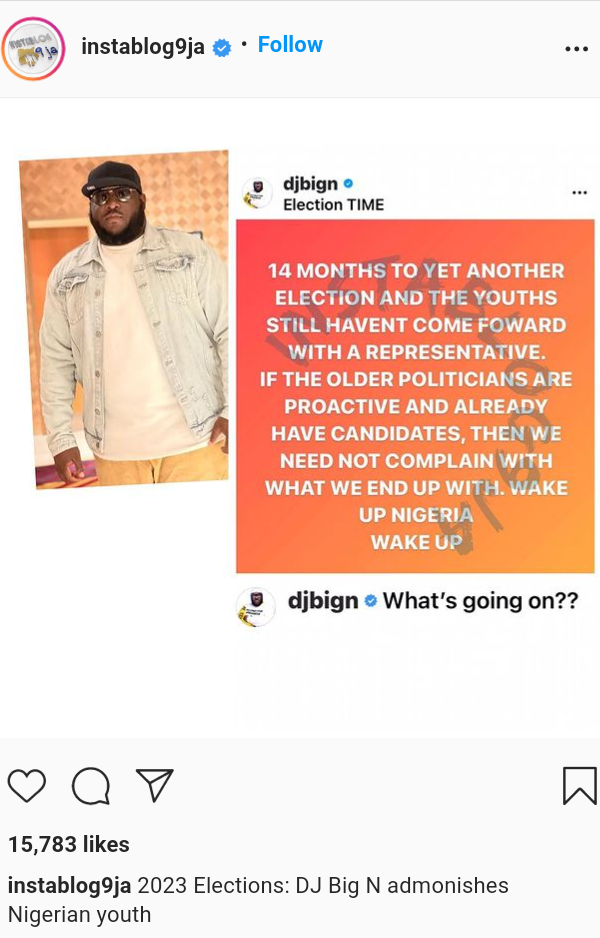 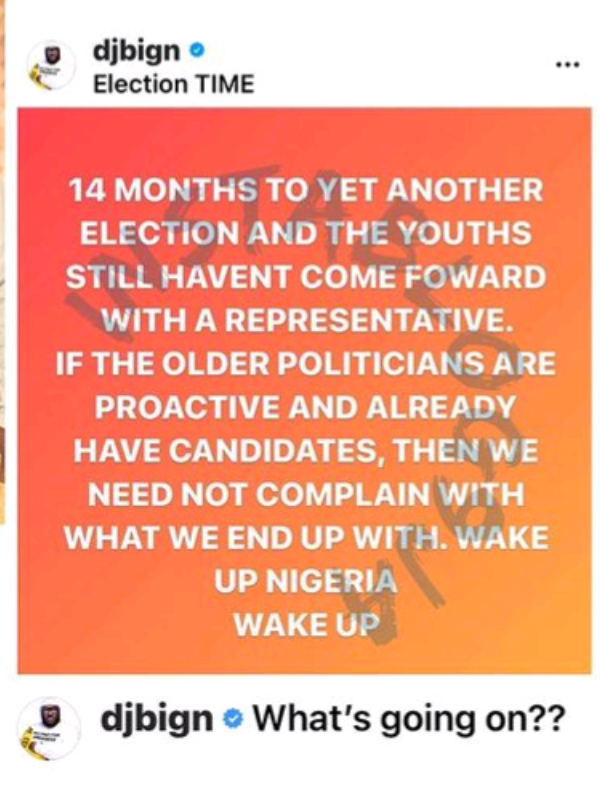 Particularly, the Mavin Records official DJ, Big N, noted that while it is only less than 15 months before the next general elections in Nigeria, the Nigerian youths are still NOT ready to take up the responsibility for the representation. He noted, that at this crucial period ahead of 2023, the youths still do NOT have any single representation for a presidential ticket at the next general elections. And, according to him, that simply suggests a sign of failure among the youths.

In my opinion, I also share the notion of Dj Big N, as I also feel that the Nigerian youths are not grabbing (with both hands) the opportunity they have at the moment. At least, by now we should have been hearing or seeing some bits of readiness or momentum maybe for a consensus candidate for the youths. Even, some critics had expected Nigerian music artist & activist, Falz to have presented himself for possible nomination for a presidential ticket on behalf of the youths. But, as it is, I'm not sure if he is even interested to engage in the political space.

Nonetheless, in a bid to at least help to make it a bit easier for Nigerian youths to make a possible consensus presidential candidate, I'm suggesting some 3 young individuals who are equally capable, as outlined below: 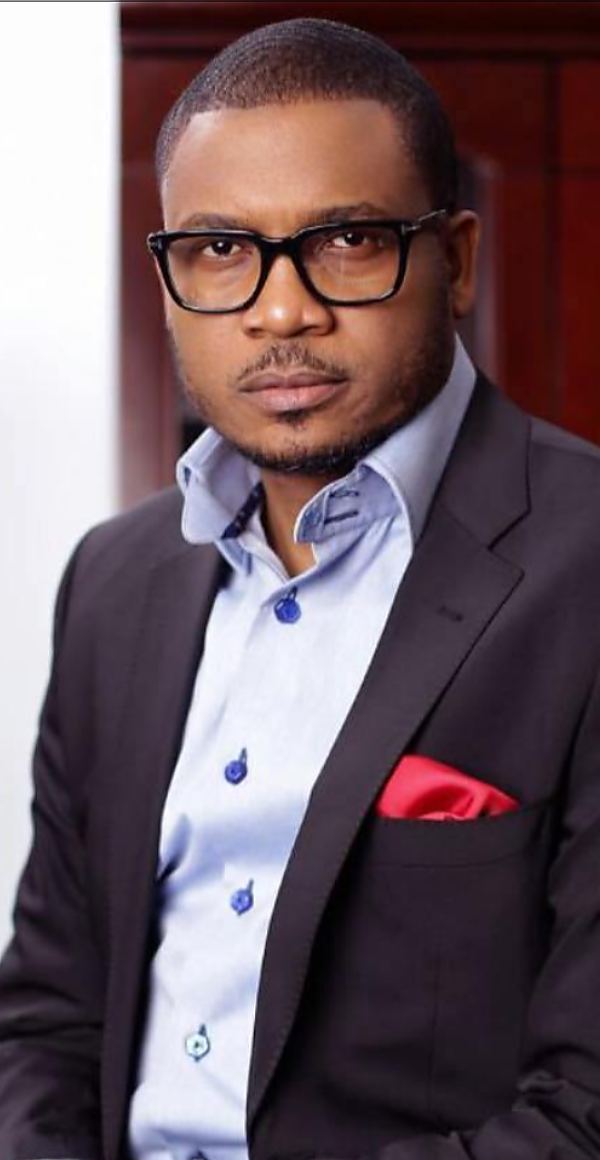 Shina Peller is a 45-year-old successful entrepreneur and a current honorable at the Federal House of Representatives. He appears to have the technical experience, and, ordinarily, I think he can achieve a good representation for the youths. I know some neutrals might be getting skeptical about him already, but one cannot deny the enormous influence he has as a successful Nigerian music star. Davido has got the charisma, the fanbase; maybe he doesn't have the experience, but he can make up for it as a fast learner and with his genuine enthusiasm. Yul Edochie is the son of the legendary Nigerian actor, Pete Edochie. Interestingly, he is also successful as an actor, and, he is also doing great for himself as a creative entrepreneur. Particularly, he is calm, confident, and intelligent; thus, he is another good option as a consensus presidential candidate for the youths.

To start with, who among the 3 individuals highlighted above is probably the best fit to represent the Nigerian youths as a consensus presidential candidate, ahead of the 2023 general elections?