Osupa Saheed,KWAM1 &Others : Music Rivalries that Shook The Nigerian Music Scene Over The Years.

By OlowookereAO (self media writer) | 9 months ago 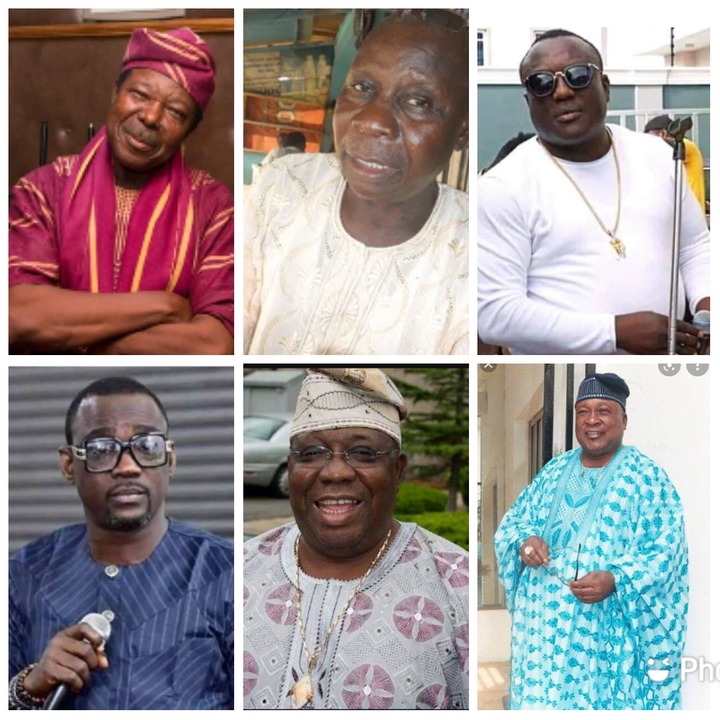 Nigeria is wonderfully blessed when it comes to music and talented music acts. As far as music is concerned, in the southwestern part of Nigeria, Juju and Fuji music are the two domineering genres of music, popular with the widest reach of the fan base. Although, in recent years, Juju music is gradually being sidelined as a result of social changes in the entertainment terrain of the 21st-century breeds of youths and adults alike. Over time, Juju music used to be the main taste of every music savy natives. Apala music was also popular among the deep and traditionally inclined elders, but, the popularity was not up to that of Juju music. In the early 80s, Fuji music started to gain much popularity among the Yoruba elders, with the likes of Sikiru Ayinde Barrister, being the forerunner of the music genre. Before Fuji could gain much prominence, Juju had been the dominant music among the Western(now southwestern) elites. Musicians such as IK Dairo, Dele (Adawa Super) Abiodun, King Sunny Ade, Commander Ebenezer Obey, etc., were the dominant forces that thrilled the people in ceremonies and on the ever constant releases of their songs on Vinyl LP records. Over the years, if not to exaggerate matters, the affairs of the musicians have been the major concern of the fans. Several songs were released with heavy proverbs and idiomatic expressions, comprising heavy and meaning-laden words targeted at one another in form of insults. We shall review some renowned musical acts as they appeared in popularity, showcasing their various rivalries overtime under the two popular music genres, Juju and Fuji music. 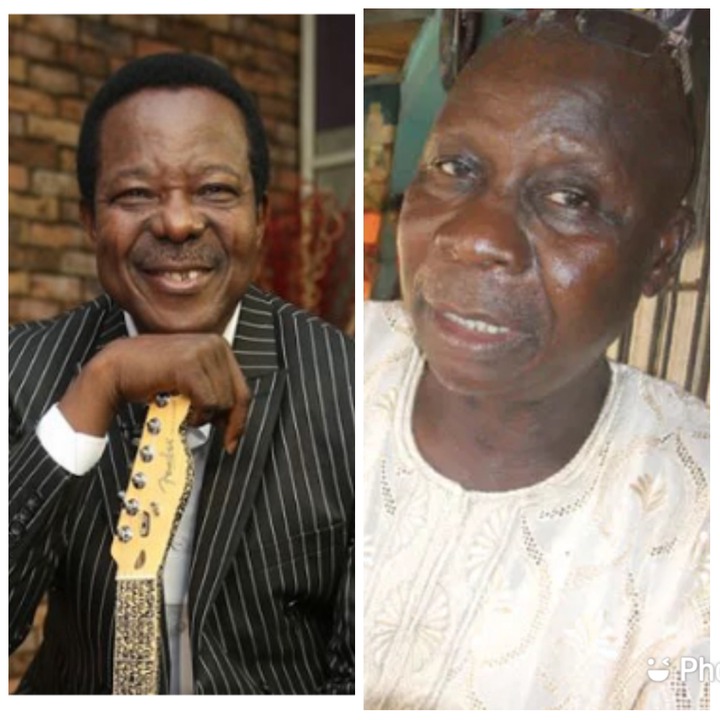 In the history of traditional music, and with Juju in perspective, the feud between King Sunny Ade, the Juju music King, and one of the Juju acts, Emperor Pick Peters cannot be forgotten so easily. It was the fashion of producers of musicians those days to always have some issues with musicians under them as a result of some terms which might not be favourable for them. King Sunny Ade was sighed under Chief Abioro record label. He had some issues with him, that eventually led to a breakup of the contract. Sunny Ade went and started his label, while Abioro signed another music Act, Emperor Pick Peters.

The rivalry that transpired was legendary. King Sunny Ade waxed a record,

Meaning: "The Hunter's child has arrived"

The rivalry was so intense. All the same, it brought out the best in them, and at the same time, entertained their fans. 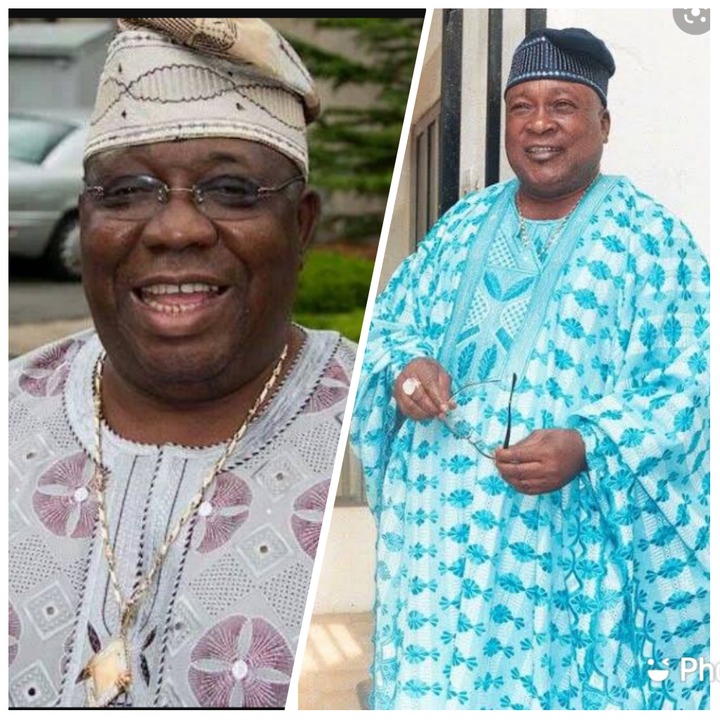 (A picture collage of Barrister and Kollingon)

Sikiru Ayinde Barrister was reputed as the creator of Fuji Music. Fuji music was an offshoot of "Were" music. "Were" music is traditional and religious music, associated with the Yoruba Muslims of the southwestern regions of Nigeria. Killington and Barrister, as they were called by their fans, had it rough musically together, during their active years.

Several of their song releases were on supremacy levels. The rivalries were also transferred to their various fans, that has chosen sides with either of the two.

Barrister died some few years back, but, the legend of Fuji music has left an indelible mark in the Fuji music rivalries. 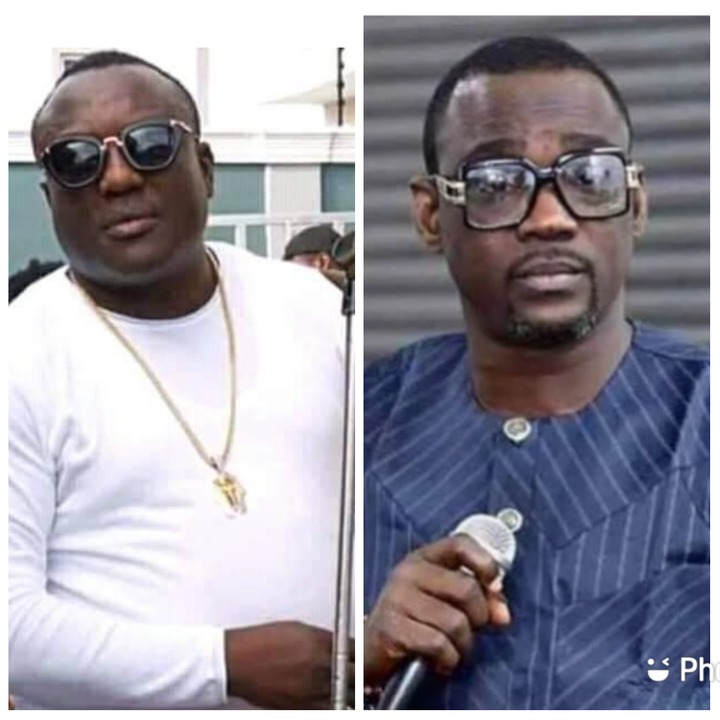 Another tough music rivalry is between Saheed Osupa and Ajibola Pasuma. They used to be best of friends but, things suddenly changed within their friendship years. Their friendship later degenerated into a rivalry that spans for so many years. Most of their songs released were bluntly directed at each other. Several proverbs(reputed with Osupa Saheed) and strong words ladened with Yoruba idioms are hurled at each other in their various songs.

Most of the causes of their rivalries are supremacy based. At a time, the Fuji music world was broken in two, some were for the "Arabanbi" family, headed by Wasiu Ayinde Marshal, KWAM1, while those loyal to Osupa Saheed are also on one side. Wasiu Alabi Pasuma was on the Arabanbi side, this automatically pitched him against Osupa Saheed. 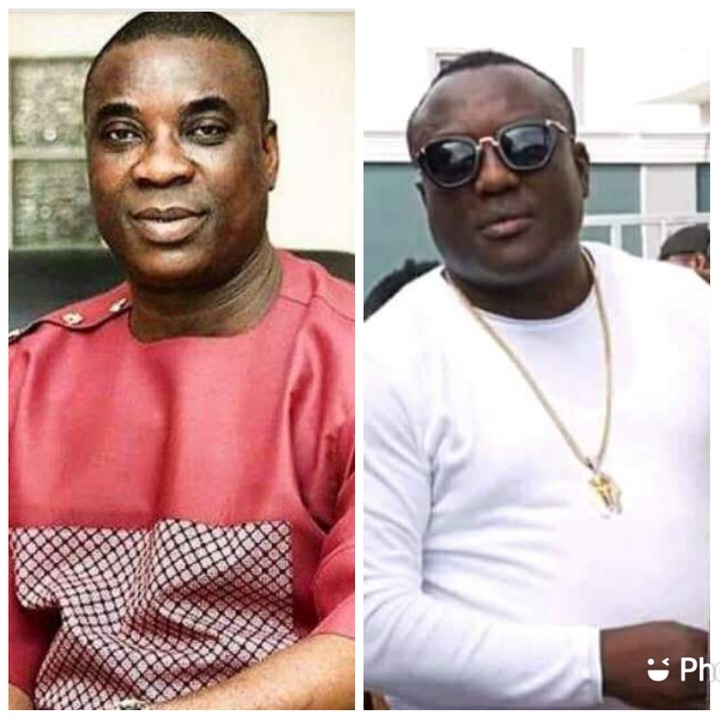 King Wasiu Ayinde Marshal is a respected icon among the Fuji musicians. At a time, there sprang up a serious rivalry between him and Osupa Saheed. They were both in the limelight of intense music tackling that degenerated into a tough tussle between their fans on who is the greatest.

Another reason why the rivalry between Osupa and Wasiu, (as they are fondly referred to by their fans) was so tough, was the alleged declaration of Osupa Saheed as the King of Music, by the Fuji creator, Ayinde Barrister, before he died. It was very tough and intense. The matter later died down, but, Osupa was stuck with the title thus tightening the rivalry between them the more. 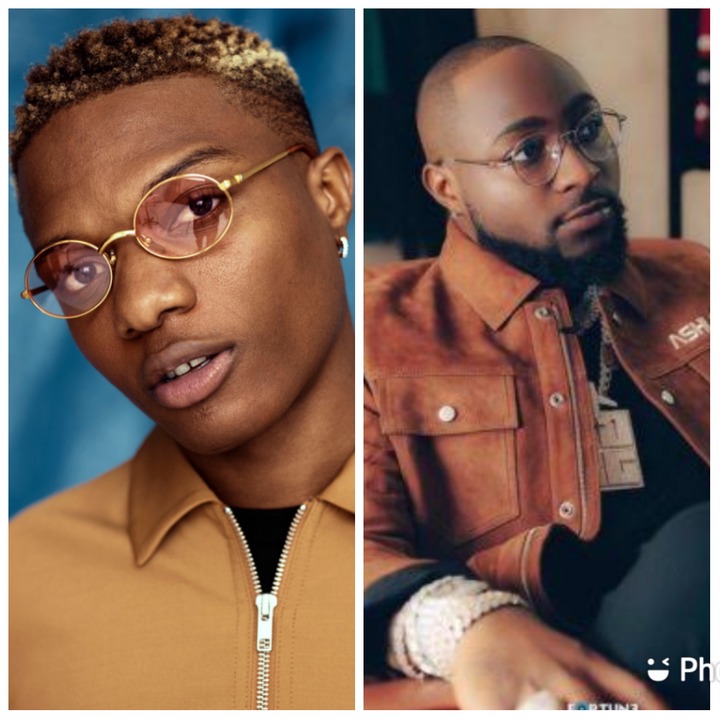 (Picture collage of Davido and Wizkid)

The rivalry is not limited to the Nigerian traditional and indigenous based music, it also cuts across bounds, up to the hip-hop world. Wizkid, Ayodeji Balogun, and Davido, David Adeleke, are two giants in the Nigerian hip-hop music world. Their genre of music is widely accepted among their local and international fans. Over the years, they too had been on loggerhead in the realm of who is the best. Several of their songs have been bluntly targeted at each other, however, in connotative ways.

What is your take on the rivalries among the Nigerian music acts?