By OATY (self media writer) | 2 years ago 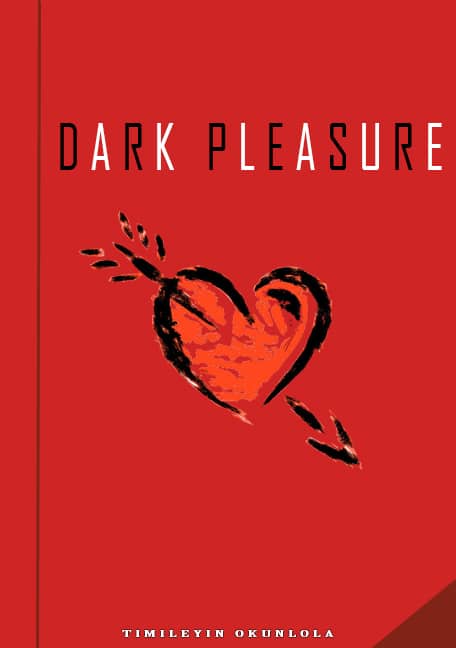 "Ololade! Ololade!! Ololade!!! How many times did I call you?? You can't continue like this. You have to tell him, He loves you and it will be unfair not to tell him. He deserves to know, what if someone else tells him??"

"God forbids" Lola cuts in crying. "I love him and can't bear to lose him if I tell him and he leaves me where will I start from ?? Where should I start searching for love again??. Toke you know how long I suffered before he came into the picture. I can't!!!" She concluded crying.

"I know but you still have to tell him, you can't keep postponing the evil day whether you tell him now or not he'll surely find out why not save your face now and avoid embarrassment later??."

This has become a point of discord among the girls, Toke wants her to tell him but she's hesitant because she can't predict what his reaction is going to be, Toke has assured her times without number that it's the best option but she's not convinced.

It's a Saturday and after months of disagreement Lola finally agreed to let the cat out of the bag. She had called him earlier that week that they need to discuss and they've agreed to meet by 12 pm on Saturday. Toke volunteered to follow her but she declined. "It's my cross, let me carry it, you've done more than enough for me already".

"Alright don't worry just tell him exactly what happened and how it happened then let's see his reaction," Toke concluded and hugged her bye wishing her good luck.

All through the bus ride to Dare's residence in Adoh area, Ajah. Lola kept ruminating about how to go about it. She prayed and kept all in God's hand. She got to his place 30 mins later and knocked. "I'm coming" Dare answered and opened the door. He welcomed her in with a warm embrace but was shocked at her cold response. "Lade what's the matter?? You sounded somehow on the phone and now you're not looking too good. Did I say anything to annoy you?? Did I offend you?? Did I...."

"Dare!!!" She cuts in. "You didn't offend me. You have never and will never offend me, I just want to tell you something. Can we talk now please??"

"If that's what you want, it's Ok." He replied sitting down and looking intently at her.

"Dare," she started, "I was supposed to have informed you about this before now but I don't know how you would react to it. I'm so sorry for keeping it all this while."

"Lolade whatever it is, just say it. I won't kill you." Dare said reassuringly.

"A few years ago, while I was in my final year at the University. I was returning home one fateful night from rehearsal around 9 pm. I had just alighted at the bus stop and my hostel is about 15-20 minutes' walk from the bus stop. Halfway through the journey, I heard footsteps behind me and while I was wondering who it could be, I was suddenly grabbed by someone I haven't seen before. He gripped me fiercely and dragged me along forcefully. I resisted and cried for help but he was stronger and powerful than me and soon overcame me. He took me to an uncompleted building and dropped me on the floor. I still couldn't comprehend what was happening until I saw him loosening his belt. I stood up and tried to run away as he advanced towards me but that was the greatest mistake I made.

He suddenly turned and grabbed me with such force that I almost fainted. He slapped me and threw me on the floor, kneeling beside me he brought out a shining knife and promised to kill me if I ever stood up again. I began pleading with him. I beg, beg, and begged, I tried to stand up when he slashed my chest with the knife but luckily for me, I shifted so the impact was more on my shoulder. He stripped me naked and drove into me. I cried, I begged, I cursed but none deterred the beast on me from his dark pleasure. All through the night, I was helpless. I cried till my voice was hoarse and my strength totally is gone, no one heard my voice as it was late. I watched in horror as he robs me of my innocence and pride, I couldn't say which was more painful his thrusts or the cut or the aching pain in my heart. When he stood up and went out I was relieved the ordeal was over, not until I saw him come back a few minutes later. I initially thought he came to help me to a place where I could get help not knowing he was not yet satisfied. By the time he was done, I was numb with pain. I couldn't feel my self anymore. I tried standing but I couldn't even lift myself or turn, I was in this state till morning time when some guys from the area came to the building. Seeing me, they thought I've died because of the blood and wound not until I managed to open my eyes upon hearing voices. I pointed to my bag at the corner the villain had thrown it and made gestures to them. They checked the bag and saw my phone. Luckily for me, Toke was the last person I called so it was easy to reach her. They described where I was for her and she came. She broke down and almost fainted upon seeing me and with the help of the guys, I was rushed to the hospital.

Toke!!! Why me?? What have I done?? What sin did I commit that was too grievous for Him to forgive me?? Don't they say He is a loving father, which loving father would allow such a calamity befall a daughter he claims to love??. "Lola, it's enough! I know how you feel but blaspheming God won't solve a thing or change what has happened. Please just take your drugs and rest, enough of all these pleaseeeee I'm begging" Toke said hugging me. I burst into another round of tears, I've been inconsolable since that unfortunate incident happened. Tokereally tried for me, she stood by me when it seems all is lost and I'm all alone. The trauma was too much for me, I almost had an extra year in school if not for God's grace upon my life. I didn't want to tell you this as I didn't know how to go about it but Toke encouraged me. I'm so sorry for keeping it till this late", Lolade ended crying.

Dare almost fainted when he heard all she said, "please Can I see the scar??" he asked minutes after gaining his voice back. She unbuttoned the first 3 buttons of her shirt and showed him the scar, It was so rough, jarred, and black, a complete contrast to her fair skin. "I'm so so sorry," he said sitting down, "I'm very sorry for all you've gone through and I'm so glad to have been blessed with a strong woman like you. You've done so well by telling me and I'm assuring you that it's not going to affect our relationship in any way. We all have demons from the past who are trying to block our happiness so my dear I'm not going to blame you or leave you. It wasn't your fault he was such a beast" He concluded and stood up to hug her. Wipe your tears, my love, I'm always here for you.

Toke was pacing up and down apprehensively, Lola should have been back by now and she was afraid things didn't go as planned. She was deep in her thoughts when a feeble knock sounded at the door, she rushed to get the door and met a teary-eyed Lola at the door. "What happened?? Did he hit you?? Did he...".

"Toke!!!" Lola cuts in, "he didn't beat me. He only asked to see the scar and after I've shown him assured me of his love for me. Toke you should have seen his face he looked so sad and concerned as if he experienced it with me, I can't believe God has indeed blessed me with a man as good as Dare".

"Ahhh", Toke heaved a sigh of relief, "you scared me with your tear-tear face jare".

"I couldn't just withstand the overwhelming feeling of love that washed over me".

"All is going to be well dear," Toke assured her and hugged her close.

And the story has just begun, stay tuned as events unfold! May the good Lord keep you and yours🤗🤗

Content created and supplied by: OATY (via Opera News )