By JustBelladonna (self media writer) | 6 days ago

Sometimes, when we see certain strange-looking characters in movies, we feel that they were created with the help of special effects, but that is not always the case, some of these scary characters are actors and actresses whose looks were modified with either makeup or prosthetics.

Below are 4 actors and actresses who were transformed with makeup and prosthetics for terrifying movie roles.

Bill Skarsgard played the role of a horrifying clown with an oversized head. Prosthetics were also added to his face to make it appear bigger, the actor's skin was also painted white. But that was not all, his nose and lips were painted red and he wore contact lenses in different scenes of the movie. Robert Englund acted as Freddy Krueger in "Nightmare On Elm Street". Freddy is a scary-looking man whose face appears to have a strange texture. Well, Robert's face was transformed to look like that of a man with burns and this was achieved by using some prosthetics and makeup. 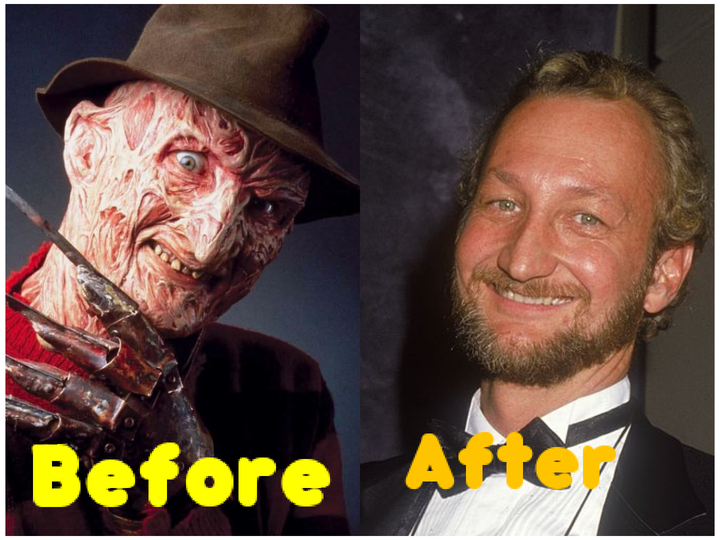 Peri Baumeister acted as a vampire in the movie Blood Red Sky. The actress underwent a rigorous makeup procedure which made her have a vampire-like look for the movie, artificial teeth were placed in her mouth and she wore eye lenses. Bonnie Aarons played the scary-looking lady in the movie "The Nun". Her face was painted white while the areas around her eyes were darkened.